Where Are Christine and Jean-Marie Villemin Now? 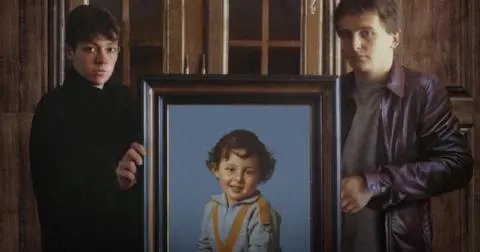 In the history of crime, there are always cases that stand out not due to the sheer magnitude of the act, but due to the inexplicable horror of it. The murder of the four-year-old Gregory Villemin in October 1984 is one such example. A completely innocent boy was taken from outside his house. His body was later found in the Vologne river to the horror of his parents.

The heinous crime soon became a media circus with several suspects, but no concrete conclusion. Since then, it has come to be known as “l’Affaire Grégory” in French. Netflix, with its interest in crime documentaries, has been successful in bringing the baffling murder back into the limelight with the recently released ‘Who Killed Little Gregory?‘.

However, even without the help of the streaming platform, the murder of Gregory has long troubled the people of France, since nobody seems to have any answers. After watching the documentary, you will find yourself walking away with more questions than answers as well.

One of them might very well be about the people who featured prominently in the trial of Gregory Villemin. The case remained in the forefront one way or another for almost nine years. In fact, in 1994, Gregory’s parents made their last public media appearance. Following that, you might be thinking about where the Villemins are now. Read on to know where all the notable parties from Gregory’s murder investigation are, at present.

Jean-Marie Villemin: The Father Who Took Matters into His Own Hands

Jean-Marie Villemin was a hardworking man from his family. He worked for whatever he achieved in life, including being promoted to the position of the factory foreman, at his place of employment. In interviews, he can be heard saying that relatives might have been jealous of how well he was doing, but that was only because others were lazy and would not work for what they wanted in life.

For Jean-Marie, life was going rather well. He married Christine Blaise, and the two moved to a house that had been newly built, in Lépanges-sur-Vologne. Apart from being a homeowner, he had a baby boy named Gregory. Jean-Marie was proud of how smart Gregory was, doting on him as any father would dote on his child. All this changed when Gregory was taken away from him.

The man managed to put on a brave face and get through the ordeal of the investigation, cooperating with people involved in solving the case, including the police, and judges Jean-Michel Lambert and Maurice Simon. However, at one point, his wife Christine became implicated in the murder. Before this bizarre turn that took away the person who had been by his side through the entire thing, Bernard Laroche, a family member, had been suspected.

Jean-Marie vowed to get justice for Gregory, even if it meant killing Laroche when the latter was let off since the evidence was inconclusive. Reports suggest that Jean-Marie was not in his right mind when he shot Laroche, killing him. There have been accounts suggesting that he had been hallucinating at that time, and had spoken to Gregory at the grave, who spoke back to him.

Laroche’s lawyer and family maintained his innocence all along. Even at his deathbed, Laroche protested his innocence. His gravestone reads that he was a victim of blind hatred. His wife commented that though she understood the father’s pain of loss from Jean-Marie’s perspective, he left Laroche’s own son without a father. For his crime, Jean-Marie was sentenced to five years in prison and served four. It was the court’s way of saying that though he had committed a crime, they acknowledged where he came from.

Christine Villemin née Blaise: The Mother Who Was Accused of Killing Her Son

Christine, Jean-Marie’s wife, had it even worse. She lost her son and soon found herself in a bad spot in Gregory’s investigation. It would be important to note here that the family was being plagued by an anonymous individual making threatening phone calls and delivering letters. Dubbed as Le Corbeau (The Crow) by the family, the police were sure that this individual was behind Gregory’s murder.

They believed Christine’s handwriting matched the letter sent after Gregory’s death, which stated that the killer hoped Jean-Marie would die of grief since money could not bring his son back. In an even more bizarre twist of events, the media circus began to dub her as a witch. Four months after Gregory’s murder, Christine was officially charged, and she was pregnant with her second child at that time. Although jailed for a few days, Christine started a hunger strike to protest her innocence. Upon careful investigation from Judge Simon, it was proved that Christine could not have humanly killed Gregory within the timeline of events provided.

Finally, she was let go, and moved in with her parents for some time, while their house was guarded by the police. Eventually, all charges against Christine were dropped, but she has also written her own book, titled “Let Me Tell You”, which tells the tale of her innocence. Since Christine’s husband murdered Laroche, she has been instructed by the court to hand over the proceeds of the book to Laroche’s children.

Where are Jean-Marie and Christine Now?

Jean-Marie and Christine Villemin have always been together for the entire ordeal. Such tragedy could easily have resulted in a split. However, the couple will always be pictured as holding hands, as a reporter puts it in the documentary. As for their state now, they have said that they do not like to meet new people, especially Christine since she feels they are always wondering about whether she killed her own son.

Though the couple has tried to put their past behind them by moving to a suburb near Paris, they still remain hopeful about finding Gregory’s killer. In fact, they have urged for the case to be reopened numerous times. At present, the couple has three children and are happy living a suburban life away from the spotlight. It will be interesting to see if this documentary reignites media’s interest in the couple. Will this series put spotlight back on them? Only time will tell.

Murielle Bolle: Where is the Wild Card in Little Gregory’s Case?

Murielle Bolle has been the most unpredictable factor in little Gregory’s murder. She delivered a promising testimony against the suspect Laroche. However, when her name was released to the press, she was back at the Laroche residency. Unsurprisingly, she recanted her testimony in front of the media, as far as Laroche was concerned.

Later investigations proved that she was not given the full context of the information she was providing to the police at the time. For example, the map where she pointed out Laroche’s movement on the day of Gregory’s death was not stated to be the map of the area Gregory Villemin was from. However, people involved in the investigation have maintained that Murielle knew more than she let on, and could not spill the beans about her family even if she wanted to.

Notably, Murielle Bolle still lives in the valley of Vologne. A 2018 committee decided that her detention in 1984 was unconstitutional. Murielle has stuck to her story and gone to the extent of stating that the police also shouted at her during the questioning.

Jean-Michel Lambert: Where is the Judge Who Made Bad Calls?

Jean-Michel Lambert was the first judge assigned to the Gregory case. Due to media involvement, he saw it as a chance to gain fame. He began to give interviews and even made remarks like the Gregory affair being relatively simple. It was a remark that would come back to haunt him.

His investigations about the disposal of Gregory’s body and the establishment of the timeline were deemed inadequate by Simon, who came after him. While Lambert’s investigation lasted only three hours, the meticulous Simon took three days. Moreover, Lambert made procedural errors that led to the inadmissibility of some evidence. There were mistakes made in the handwriting analysis to pin Le Corbeau, who tormented the family.

However, Lambert’s biggest slip-up would have to be revealing Murielle’s name to the press, as the one who had provided the testimony against Laroche. The judge had just sent her back to the Laroche family before this without police protection. Obviously, Murielle changed her stance.

Surprisingly, Lambert maintained to his last day that Laroche was indeed innocent. There have been hints that people from the police and media came together to convince the judge of this story. In 2017, the judge committed suicide in his home in Le Mans, with a plastic bag and a scarf cutting off his air supply. In his note, he mentioned that he did not have the power to keep fighting. He believed that a scapegoat would be brought to save face regarding the Gregory case, and he refused to play that role.

In conclusion, with several people related to the case growing old and dying, it is almost a race against time until young Gregory Villemin’s case becomes completely unsolvable, as far as serving justice is concerned.

How Did Ghislaine Maxwell’s Dad Die?