Where are the Winners of MasterChef America Now? 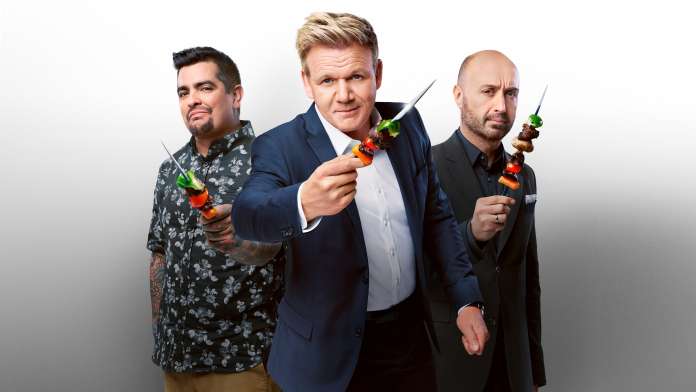 ‘MasterChef’ is an iconic series that needs no introduction. Since the show’s phenomenal success in Australia, it has expanded to other countries all across the globe, including the United States. With experts like Gordon Ramsay judging the food, the pressures must be quite high indeed. Those that are able to face their fears and reckon with the expectations of the judges to produce restaurant level food are the ones that become the next MasterChef.

The show has given multiple home cooks an opportunity to learn and grow in the culinary industry, especially with the expert guidance of established professionals in the field. Different challenges are used to improve their skills one at a time, and eliminations then occur. By the end of the season, only one person wins the coveted title. If you are curious about where the previous winners of the show are today, then just keep on reading.

Whitney was nicknamed the “Pastry Princess” during her time at MasterChef and was just 22-years old when she won the first season. Since then, she has written two cookbooks— ‘Modern Hospitality: Simple Recipes with Southern Charm’ and ‘Whitney Miller’s New Southern Table.’ She still develops her own recipes and helps brands do the same. She also appears on television segments from time to time. She is married to her husband, Ryan Murphy, and they have two beautiful children together.

Happy Father’s Day @rhumphrey06 !We love you with our whole life and hearts. Thank you for all you do for us.Thank…

After winning the second season, Jennifer organized and participated in various cooking events. Apart from this, she, along with her husband, started a catering company called Pink Martini Catering and also runs a restaurant called Red Fin Crudo in Rhode Island.

Christina was the show’s first blind winner, and after the competition, she published her cookbook called ‘Recipes from My Home Kitchen: Asian and American Comfort Food.’ She also worked on the TV show ‘Four Senses,’ which was a cooking show for the visually impaired. Apart from this, she was a regular judge on MasterChef Vietnam.

The exceptionally talented Christina did not stop there, and has opened her own gastropub in Houston, Texas, called The Blind Goat. The name is reportedly a combination of her disability and her Vietnamese zodiac sign. According to her Instagram, she is also working on a Vietnamese restaurant with Tony J Nguyen called Xin Chào.

Exactly 1 year ago today, @theblindgoathtx opened for our first dinner service for friends & family. Some have remained a part of our herd, many have gone, others have joined the flock. One year seemed both so long ago and to also have flown by at the same time. It’s been the wildest ride. Each day brings new challenges, but there have been so many rewards along the way, too, including the community we’ve created and grown into. @j5uh & I are proud of our Goats and what we’ve managed to accomplish in just 1 year. Here’s to many more years! Together we will beat COVID-19! ❤️🐐 #firstanniversary

A restaurant manager before entering the competition, Luca went on to publish his cookbook called ‘My Italian Kitchen: Favorite Family Recipes’ after winning. He also started a personal catering service called Dinner with Luca. You can catch a glimpse of his beautiful wife and children on his social media as well.

“Dinner with Luca” took me places I would have never imagined and connected me with amazing people all over America. I cooked for this wonderful family the first time on December 7th 2014 (picture on top) and last week-end these kids flew me out to New Jersey to cook for a surprise dinner party for 18 people for their parent’s birthday. It was truly an honor and honestly it makes me very proud. This was ‘Dinner with Luca’ #387 and it will always be one of my favorite. #dinnerwithluca #lucamanfe #masterchef

Courtney was a dancer from Philadelphia who won the fifth season of the franchise. Post that, she  published her book titled ‘Everyday Fancy: 65 Easy, Elegant Recipes for Meals, Snacks, Sweets, and Drinks.’ According to multiple sources, she has left the culinary world to work in sales for Tesla. However, one quick peek at her Instagram shows that while she may not be pursuing it professionally, her cooking looks as appealing as ever!

To cope with quarantine, I’ve been participating in a course on Mindfulness. Last week we discussed scheduling Good Things, so this week I chose to go to the Botanic Gardens. #mindfulness #mindfullnessmoment

Chef Claudia has definitely made her mark on the culinary world. After winning season 6, she released her cookbook called ‘Claudia’s Cocina: A Taste of Mexico.’ She set up a consulting company under the name Claudia’s Cocina and even worked with brands like Coca Cola and Kellogs. Apart from this, she started her own modern Mexican bakery by the name of Cochi Dorado. She is also a judge for MasterChef Latino. Claudia and her daughter reside in San Diego, California.

A DJ before joining the show, Shaun’s victory led to him publishing his cookbook called ‘My Modern American Table: Recipes for Inspired Home Cooks.’ He has also worked with companies like Disney and Macy’s for culinary events. You can catch glimpses of his home life on his Instagram profile, where along with his passion for food, he is seen spending time with his wife and his dogs.

I have been fortunate to be a part of 3 @masterchefonfox weddings! One as a contestant, one of course my own and one as a guest of @chefgerron only one of them was not stressful lol and it is airing again tonight on @foxtv get your @gordongram fix! . . . #MasterChef #chefshaunoneale #cheflife #FOX #MyModernAmericanTable #chefsroll #MasterChefWeddings

After proclaiming the crown for season 8, Dino was the head of the restaurant Muse & Market in Phoenix. However, after that, he set up The Gourmet Rabbit, which is a bistro, and a catering service that specializes in weddings. He also teaches cooking classes. He is vegan, and also a mental health advocate.

Pressure can be healthy, depending on how you use the flame. Fire can purify all. It also flambés king trumpet mushrooms into scallop like delicacies. – An elaborate gourmet five course event I did with the amazing team @lemajesthe . Such a mysterious place in itself, I felt like I was in a speakeasy (which it is). – Photos by @dapper_cards

Before participating in MasterChef, Gerron worked as an English teacher. After winning the competition, he appeared in several culinary events in Louisville. He also got married to Brandi Beckham, and they have also welcomed a daughter into the world. Their wedding was broadcasted in Season 10 of the show, and the contestants had to cater to the food there as part of a challenge. He also started a food truck style service restaurant called Southern Ego in Iowa.

Tonight I’m finally passing the torch on!!! As we prepare for the finale, I’m sending each contestant @chefdorian_masterchef10, @nick.digiovanni and @sarah_faherty many blessings. I’ve been in your very shoes; after this is all said and done, the marathon continues. Make sure you tune in TONIGHT! @masterchefonfox @gordongram thank you so much for including me on this ride! #forevermcs9winner

After winning the tenth season, Dorian was offered an opportunity to train at the restaurants of Gordon Ramsay, Aarón Sanchez, and Joe Bastianich. She is working on her cookbook and also hosts cooking classes. She is married to Charles Turks and is a mother to 3 children as well. She also dreams of opening her own restaurant with the prize money of $250,000 that she won. According to her Instagram bio, she is also a content creator.

On tonight's episode….The Top 13 endure an immunity challenge fit for a king when they are tasked with breaking down Alaskan king crabs. Special guest Chef Masaharu Morimoto enters the MASTERCHEF kitchen, where the contestants will have to craft something magical for him in under 60 minutes. Then, in another mystery box challenge, the contestants must re-invent a secret ingredient in two unique dishes: one dish is savory and the other sweet. With elimination on the line, one home cook is sliced out of the competition.  @gordongram @chef_aaronsanchez @jbastianich @chef_morimoto @masterchefonfox #masterchef #chefdorianhunter #southernbeauty #elevatedsoul #winner #queen #blackexcellence #trusttheprocess

Read More: Hoarders: Where Are They Now?