Where is Aaron Drake Now?

The documentary ‘Hope Frozen: A Quest to Live Twice’ shows the journey of a Thai family as they embark on a quest to preserve their 2-year-old daughter cryogenically. In fact, the story of Matheryn Naovaratpong, also known as Einz by her family, gained international traction in 2015. In the documentary, some fundamental questions about life and death are explored through both a scientific and spiritual lens. Moreover, it actively discusses the extensive process of saving a body in such a manner. In this article, we take a look at the man who was responsible for conserving baby Einz cryogenically.

Who is Aaron Drake?

Aaron Drake is an expert in the field of cryogenics, and he completed his undergraduate studies from the University of Nebraska-Lincoln in 1986. According to his LinkedIn profile, he worked as a paramedic firefighter for almost 14 years in the city of Lincoln from 1992 to 2006. He then moved into the consulting domain, and at the time of the documentary, he was the Senior Medical Response Consultant for Alcor. 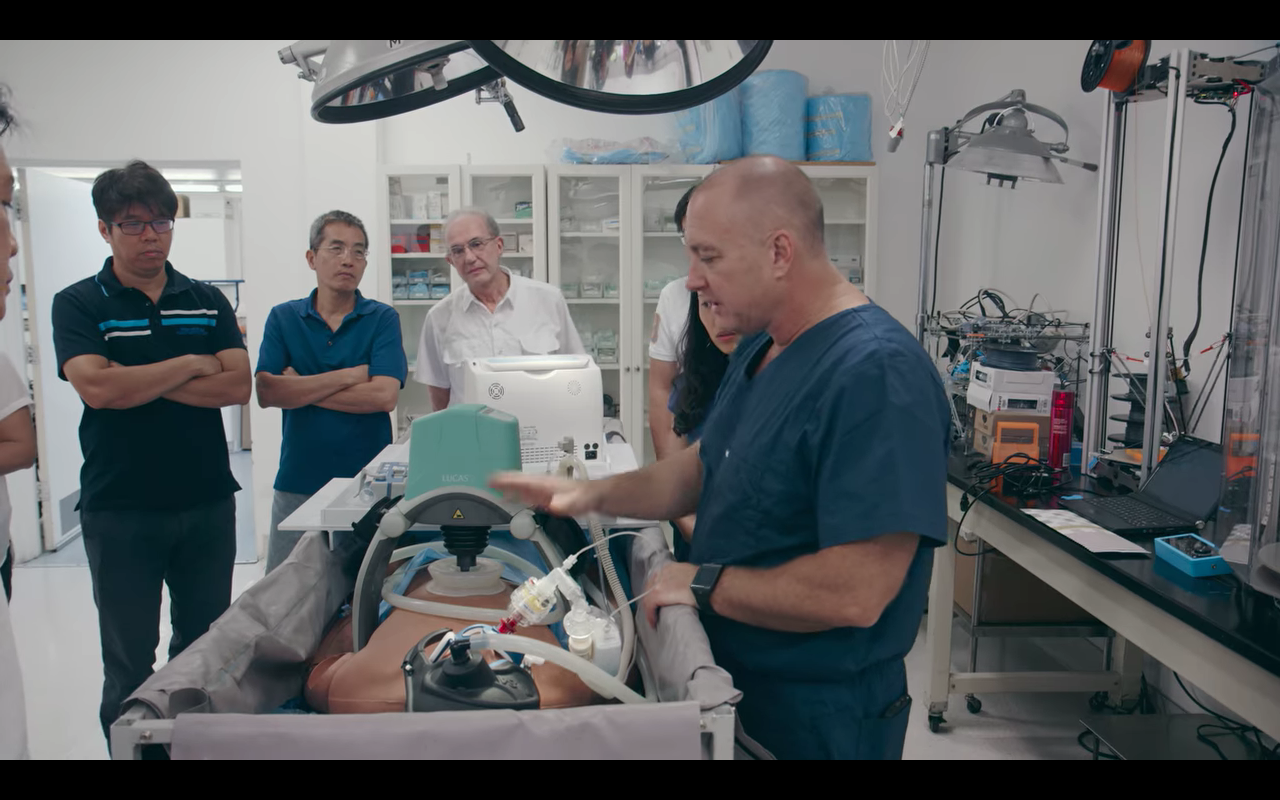 Dr. Sahatorn and Nareerat made the decision to cryogenically freeze their daughter as a last resort. The couple had, after all, tried everything that was medically and humanly possible to help their daughter. Einz was battling ependymoblastoma, a rare but malignant tumor that affects children. An intensive treatment commenced, but eventually, the parents, both of whom have a Ph.D. in engineering, understood that their daughter would not survive after her multiple surgeries. So, the family contacted the Alcor Life Extension Foundation with the hope that one day, when medical technology has advanced enough, she could be revived.

The initial plan was to fly out baby Einz to Arizona, where the company is located, for their services. But Aaron told Vice, “It was hoped that this young 2-year-old girl was going to relocate to this hospital as her health declined so distance would be minimized. Unfortunately, her breathing declined more quickly than her doctors anticipated and two days before she was to fly to the US, she was placed on a ventilator, essentially eliminating the possibility for airline travel.” So he, along with Dr. Jose Kanshepolsky (a retired neurosurgeon), flew out to Bangkok to carry out the procedure. The family was present in the room during the surgery.

Where is Aaron Drake Today?

Today, Aaron Drake operates in three roles, according to his LinkedIn profile. The first is as the Director of Research and Chief Specialist at the Yinfeng Institute for Biological Sciences, which is based in Shandong, China. He has also continued as a Senior Medical Response Consultant for Alcor. Lastly, he serves as the Managing Director for Arizona Medical Sciences. Apart from this, he has also been honored with many accolades in his professional life. He is the recipient of the Quancheng Friendship Award and QiLu Foreign Expert Award due to his work in China. He lives in Scottsdale, Arizona, and can speak English, Chinese, and French.