Where Is Adrian Fry Now? Who Is Yura? 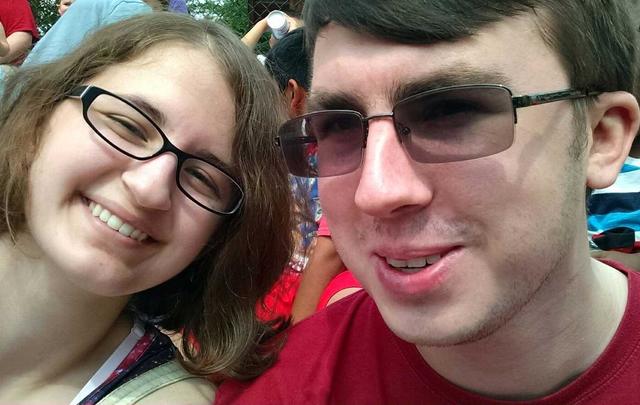 CBS’s ’48 Hours: Find Yura – Manhunt on the Dark Web’ chronicles the chilling tale of how, after a teen, Alexis Stern, learns that she is the target of an assassination plot made on the dark web, on a service called Besa Mafia, run by Yura, the CBS team ventures on a global hunt to find the ominous figure responsible for the site. Among this, they also try to confront the man who Alexis suspects ordered the hit on her, her ex-boyfriend, UK-based gamer Adrian Fry. And, we bet, that like us, you’re wondering what Adrian is up to now and who Yura really is, right? So, let’s find out.

Who Is Adrian Fry?

Back in 2016, when Adrian Fry was 20-years-old, he was introduced to the 15-year-old Big Lake, Minnesota, resident Alexis Stern by a mutual friend online. The two got to know each other over time and soon developed a romantic relationship, which only went further when Adrian traveled over the ocean to meet her on more than once occasion. However, in 2018, Alexis found that her boyfriend could be controlling at times. And, worried that things were moving too fast, she broke up with him. Adrian, who wanted to continue their relationship, reacted angrily to her decision and said, “You deserve everything horrible that happens to you,” as if giving an early warning that things will not end well for the teenager.

Therefore, when authorities told Alexis that someone by the name of Mastermind365 wanted her dead, she thought of Adrian. Her suspicion only intensified when she started comparing Adrian’s e-mails to Mastermind365’s contract. Originally issued to be a kidnapping order, Alexis’ hit was upgraded to murder the day after she told her ex that she was in a new relationship. “I would just like this person dead,” Mastermind365 wrote on the website. “I would just like for this person to be shot and killed.” And, as if that wasn’t enough, Alexis noticed that the language they both used was similar as well, incorporating common British phrases with the same typos. Both sometimes referred to themselves with a lowercase “i” and wrote “thankyou” as one word.

Where Is Adrian Fry Now?

When ’48 Hours’ tried to communicate with Adrian Fry, he texted one of the producers, “I can assure you that I did not go to the online web to hire a hit man or anyone to kill Alexis,” messaging again to decline the interview and say, “Thankyou for the opportunity.” Again, the thankyou was one word. Over time, Adrian has spoken to Daily Mail about his involvement in this murder-for-hire scheme as well. “I can’t believe what I’m hearing and what she’s accusing me of,” he stated. “I’m traumatized and hurt that she would even think that it could be me. I would never think of killing anyone, I’ve never so much as harmed a fly.”

Adrian admitted that although he was angry and heartbroken when Alexis ended things with him, it doesn’t mean that he wanted her dead. “I don’t know anything about the dark web and I wouldn’t know how to access it,” he added. “None of the things that Alexis has pointed out is concrete evidence against me. It’s just flimsy nonsense.” Today, in his mid-20s, Adrian Fry, a graduate of the City of Bath College, resides in Bath, England, and works as a Takings Clerk, an accountant, at Independent Vetcare. As he pointed out, there is no evidence against him, so he has also been cleared by the FBI in their probe.

Unfortunately, the identity of Yura, to this date, remains a mystery. In ’48 Hours,’ this shadowy figure did clarify, wearing all black with his face covered, that all somebody has to do is submit their orders to him and pay in advance to kill the person they hate, but it has since been revealed that all these for-hire websites are nothing but scams. CBS News also reported that Yura may have retired and opened up a restaurant business in the outer boroughs in America, but a British cyber-crime expert has revealed that he suspects Yura is hiding out in Romania, away from anyone who would want to capture him. Hence, Yura’s whereabouts, his identity, and what he actually does, if anything, is known to no one. (Featured Image Credit: CBS News / 48 Hours)