Where is Alexandria Sekella From Teen Mom 3 Now?

Alexandria was recognized as a reality TV star when she appeared on the fourth season of MTV’s “16 and Pregnant”. The four stars of the show, Alex Sekella, Katie Yeager, Briana DeJesus, and Mackenzie McKee, a group of teenage girls who were all expecting their first child. Alex eventually proved herself to be a good person stuck in a bad situation. She was never one of those women who did not see the wrong in their actions. After her stressful journey through “Teen Mom 3” in 2013, she gave up the world of Television altogether and went on to get a “real” job. But what exactly did she endure through the show? More importantly, where is she now? We have dug deep and found out some interesting details about her current life! 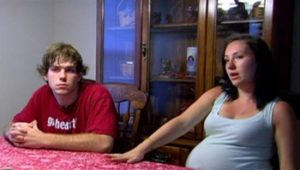 Alex is still an aspiring dancer when she starts dating Matthew McCann. Also working two jobs and living at her parents’ house, she is putting her best efforts to save as much as possible in order to build her dream career. Her plans get utterly ruined when she gets pregnant with his child. Alex’s mother outrightly denies her shelter if they do not decide to give up her child for adoption. The couple has a baby girl, Arabella Elizabeth Sekella-McCann, on July 18, 2011. During the course of her pregnancy, Matt proves himself to be an unreliable partner, being absent at the most needed times. Even at the time delivery, he has to be chased down to bring him to Alex. Yet the new mother is unable to give her daughter away. She makes the toughest choice to raise Arabella on her own.

Matt is not only a drug addict but also an irresponsible father. He miserably fails to keep up with the responsibilities of fatherhood. At the end of their tumultuous relationship, he only gets visitation rights in Arabella’s custody case. Ultimately, even his visitations have to be suspended by the court because of his dereliction to appear at the last three meetings. Thus, he gets completely cut off from his daughter as well as Alexandria’s life. After breaking their engagement, Matt spends a lot of his time in rehab fro his opium addiction.

Where is Alexandria Sekella Now? Is She Married?

Alex, at the time, understood the repercussions of carrying a child in her teenage, especially those on her family and career. One of the outcomes that she absolutely dreaded was Arabella undergoing the trauma of a “broken struggling family”. But her pure intentions paved the way for a better future. Her mom eventually let them in and she found a perfect man to take care of her daughter as his own. Her parents have been very fond of Arabella and seem like proud grandparents.

Happy birthday to this awesome mom. She helps to make me the mom I am today

Her boyfriend’s name is Tim Peters whom she met back in 2014. The first picture she shared of her now-husband was not a romantic one but consisted of Arabella sitting on Tim’s shoulders. He gradually filled in the void of the second parent in her daughter’s life and for this, Alex feels forever grateful. They have been on shopping sprees, vacations, and their child’s school functions together as a family.

Happy birthday to the most incredible and supportive man I've ever met. I'm so thankful to be able to say he's a huge part of Arabella and I's life 🎁🎉🎊🎁🎁

Alex has truly moved on in her life as she even bid goodbye to reality TV after the filming of “Teen Mom 3” wrapped up. She craved normalcy and started at the basic level-finding a “real relationship” that would not be scrutinized by the public eye and getting a “REAL” job that would not be temporary. She has kept her word by continuing her career in Pennsylvania and marrying the man after six long years of courtship. The two announced their engagement around Christmas in 2018 and Alex walked down the aisle for Tim in April of this year.

A few days ago this incredible man asked me to be his wife. @hockeydud2405 #happilyeverafter pic.twitter.com/zVqWXPvKMm

Matt made a feeble attempt to move on in his life as well. In 2015, he got married to his long time fiancé, Lekota Koch, who had greatly helped him get over his substance abuse. They had a son together but unfortunately, parted ways the same year. While Matt, more or less, seems to be in the same place as he was 10 years ago, Alexandria has turned it completely around. Anyway, we wish both of them happiness and many congratulations to the newly married couple!

Read More: Where is Mackenzie McKee From Teen Mom Now?