Where is Amanda Berry Today?

ABC’s ’20/20’ presents a collective narrative of the survivors from the Ariel Castro Kidnappings. Abducted and forced to live in shackles for about a decade, getting by every day was a task. However, the three strong women came out bruised but nothing could dampen their souls as they rehabilitated themselves to get back to their lives.  Amanda Berry is especially known for making a run when she saw an opportunity to escape. As a mother of a six-year-old at the time, she took what she knew was a chance for a better life for her daughter.

Who is Amanda Berry?

Amanda Berry was the second victim of Ariel Castro. She was abducted in April 2003, a day before her 17th birthday. She was just on her way out from a Burger King joint she worked at when Ariel Castro rolled up his vehicle next to her and asked her if she wanted to pop by and say hi to his daughter, who was her friend. However, what Berry did not know at the time was the decade long road of suffering and abuse that awaited her. When she reached his residence, she knew that something was off. She said, “He took me to the next bedroom, and it was just really dark in there, and he didn’t turn on the lights…And he took me in there, and he told me to pull down my pants. And from there I knew, like, this was not going to be good.” She was even chained and kept in the basement for long.

At the age of 20, she gave birth to Jocelyn. In the book, ‘Hope: A Memoir of Survival in Cleveland,’ written by both Berry and Gina DeJesus, she talks about how Castro was quite kind when it came to matters involving Jocelyn. In any case, in 2013, she saw the opportunity to escape in the form of an unlocked inside door, and she took it. Her 911 call played in almost all television channels after that. In the segment with ‘20/20,’ talking about her escape, Berry said, “I was terrified, and just because there’s people on the street doesn’t mean that he wouldn’t hurt me. I was so terrified. I still don’t know why he left that day with the door unlocked. I will never know.”

After her escape, she reunited with her family. She also went back to school and graduated with an honorary diploma. Berry subsequently joined Fox 8 in Cleveland to host ‘Missing.’ Either in captivity or otherwise, Amanda has stuck to taking care of her daughter Jocelyn. In an interview, she said, “I just wanted her to know that when she got out that she was going to be as normal as any kid in the classroom.” In 2019, Amanda also re-united with the neighbor who helped her when she yelled for help from behind the screen door.

Where is Amanda Berry Now?

Amanda Berry keeps a low social media profile and seems to be working on her well-set priorities. Not much is known about her public life. But we do know that she is busy taking good care of her daughter as evident from the below photo: 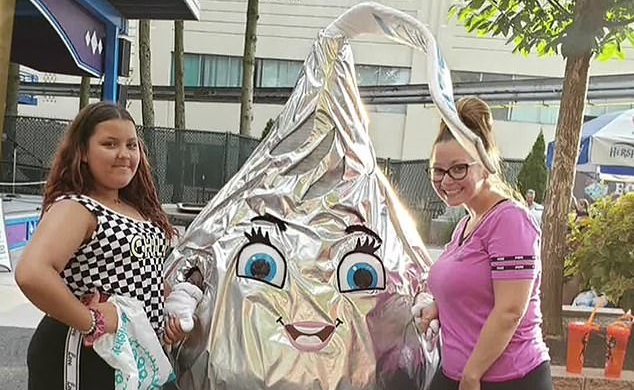