Where is Sonja Farak’s Sister Now? 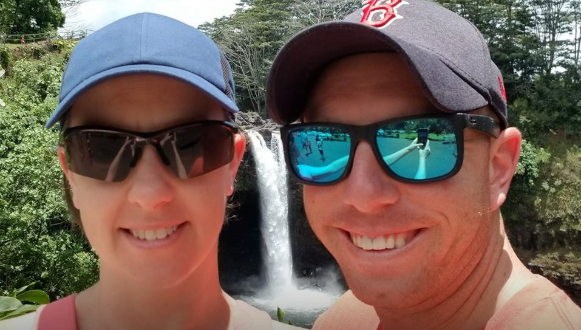 Netflix’s ‘How to Fix a Drug Scandal’ shines a light on the indiscretions of Sonja Farak and Annie Dookhan, that sent shockwaves through the entire justice system. While the latter falsified records to complete a higher volume of work, Sonja went down a darker road.

She became addicted to drugs and often used the ones in evidence. Soon enough, she was falsifying records, and even cooking her own drugs in the evidence laboratories! However, Netflix’s docuseries are nothing, if not thorough. Thus, we get to hear about how Sonja is, as a person, from the people closest to her. We hear her mother, and sister’s accounts.

While Linda Farak, Sonja’s mother, is pretty aged, Amy, Sonja’s sister, has her life ahead of her. Thus, you might be wondering about where Amy is at present, after having taken care of her sister when she dealt with her addiction problems. We have got you covered in that regard.

Who is Amy Farak?

Netflix’s docuseries shows Amy, telling us about how she used to have a healthy competition with her sister. While both the Farak siblings were tomboyish, and good at sports, Sonja excelled at almost all sports she tried, including softball.

The Farak siblings were born in a middle-class family and their father was in the navy. From Sonja’s account, it is clear that they never wanted for anything, growing up. Amy studied at the Portsmouth High School, in Portsmouth, Rhode Island, graduating as part of the class of 1999.

She went on to study Marine Biology and French at the Roger Williams University, at Bristol, Rhode Island. It appears that she married John Fitzgerald, on October 23, 2011, in Portsmouth, itself.

Where is Amy Farak Now?

Although we are not sure of her current place of employment, we did some digging. Amy might have followed her father’s footsteps and joined the Navy, where she serves as a Program Manager on Mission Environmental Planning.

This would tie in with what she’s studied in college. Amy appears to support the Boston Red Sox, and New England Patriots. Her Facebook profile also indicates that she has a dog named Nugget. You can check out one of Nugget’s pictures, below.

Her photos also indicate that she’s not with Fitzgerald now. Instead, she’s with Mick Gershkoff. Their photos together, start appearing on Amy’s profile from 2017, with Mick saying that he loves her ‘so much’. It appears the two are together now. You can check out a dashing image of the couple, below.

Amy and Sonja still seem to enjoy a good game, as a family. You can check out a picture from the docuseries, which shows Linda with her two daughters, at a Patriots game.

While Amy has made a life of her own and seems to enjoy traveling, whenever her schedule permits, it is clear that she dearly misses her father. Amy often uploads pictures of her father’s tombstone, with heartfelt messages. You can check out one such image, below.

Where is Jennifer Brown Hyde Now?

Where Are the Chowchilla Kidnappers Now?

Where Are The Extreme Cougar Wives Now?