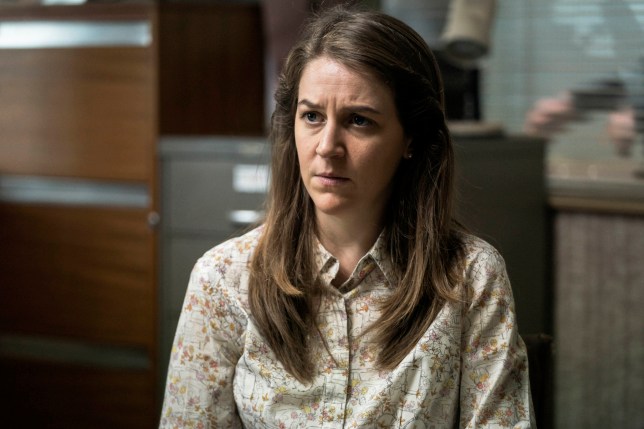 During the night of August 6, 1985, Nevil and June Bamber, along with their adoptive daughter Sheila Caffell and her two twin boys, Daniel and Nicholas Caffell, were shot to death inside their farmhouse in Essex, England. This case, initially suspected to be a murder-suicide caused by Sheila, shook the country to its core because of its gruesome nature. But, in just a month, it turned out that it was Nevill and June’s adoptive son, Jeremy Bamber, who was responsible for their deaths. ‘The Murders at While House Farm’ is a dramatized version of this true-crime, chronicling this event by keeping everyone involved in mind. And, among them is Ann Eaton.

Who Is Ann Eaton?

Christine ‘Ann’ Eaton is Jeremy Bamber‘s maternal cousin – the daughter of Robert and Pamela Boutflour, and the biological niece of June Bamber. In the days following the murders, she thought that her cousin was grieving and mourning the loss of his family, so she did all that she could to support him. But, as time moved on, Ann grew suspicious and began doubting his innocence. For starters, she was never happy with the police’s conclusion that Sheila could commit such a crime. Despite her episodes and mental illness, Ann believed that Sheila was incapable of such extreme violence, so when Jeremy began acting strangely and told investigators complete lies about his family, she knew that something was wrong.

That’s when she went to the farmhouse to try and figure out what really happened that night. She took it upon herself to secure the valuable items in the home, and in the process, found the silencer – a blood-spattered item that later turned out to be a key piece of evidence. She then told the police that she suspected Jeremy was somehow involved. And, when October 1986 came around, and he went on trial for murder, she testified against him. According to the documents from Jeremy’s 2002 Court of Appeal case, Ann said that Sheila “would not know one end of the barrel of a gun to another,” and described her as someone who was “not a practical person” and had “very bad hand-eye coordination.”

Where Is Ann Eaton Today?

Following the conclusion of the murder case, Ann Eaton inherited a lot of what was left for Jeremy by his parents, including the farmhouse. Therefore, today, it is believed that she resides at the White House Farm, near the village of Tolleshunt D’Arcy, in Essex with her family. Since Jeremy’s conviction, she has remained tight-lipped about her life and refuses to even give interviews to state what she feels about her cousin killing his family, and then appealing in court to get exonerated. In 2010, after serving 25 years in prison, Jeremy claimed that he had been set up by his family, including Ann, so that they could get ahold of his inheritance. But again, he had no proof, and one of the group dismissed this accusation as “an absolute load of piffle.”

Gemma Whelan, who plays Ann Eaton in the series, told Bradford Zone: “Ann became very frustrated because the police had decided it was a case of murder-suicide with Sheila as the killer and would not listen to her suspicions. The crime scene at White House Farm was not preserved, things were moved around and evidence burned. The police investigation was completely botched from the start. There was a bloody-minded attitude that the police felt certain they knew what had happened and wanted to close the case as soon as they could to move on from the media spotlight.”