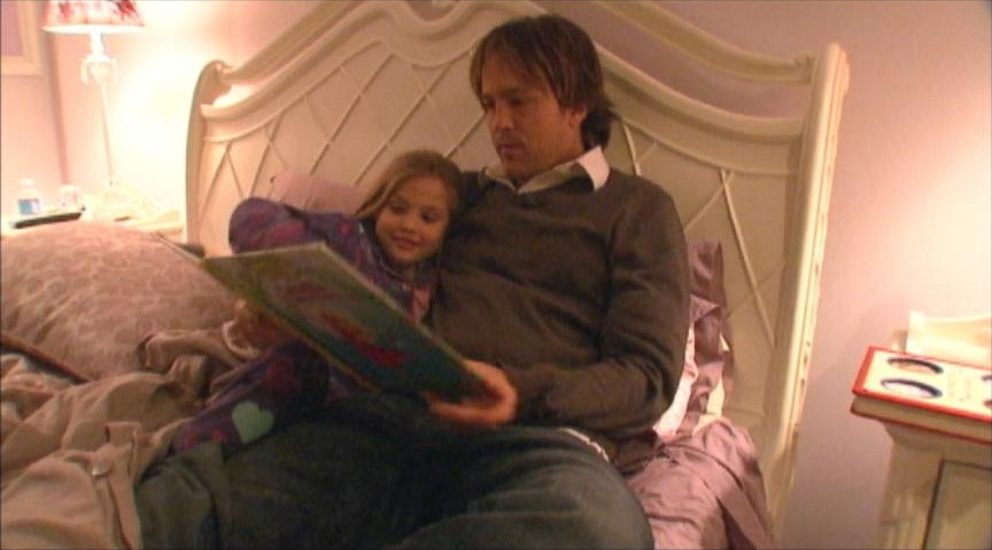 Lifetime’s ‘Hopelessly in Love’ pushes the story of Larry Birkhead and Anna Nicole Smith, back into the limelight. According to Birkhead’s own account to Us Weekly, “People think it was like a one-night stand that I had with Anna and then I got lucky and won this DNA lottery, when it was, like, a two-year relationship with, admittedly, highs and lows. But it was a crazy love story…Because our story was not like your Disney love story or Cinderella story. It was one of those crazy things.”

The focus of Birkhead and Anna’s relationship ultimately fell on Dannielynn, their daughter. This is primarily because of the custody battle fought for the young girl before a Bahamian court ultimately ruled that Larry is her legitimate father.

While Anna enjoyed the spotlight immensely, during her time, Larry and Dannielynn have been careful to avoid it. Naturally, you might be wondering about where Dannielynn is right now. We have got you covered in that regard.

Who is Dannielynn Hope Marshall Birkhead?

Dannielynn Hope Marshall Birkhead was born Hannah Rose Marshall Stern, on September 7, 2006. She was born to Anna in Nassau, in the Bahamas. Soon after she was born, her half brother, Daniel Smith died of a drug overdose. Her mother died when Dannielynn was five months old.

Anna had listed Howard K. Stern, as the father on the birth certificate. However, Larry Birkhead challenged it and won. When Birkhead won custody of his daughter, he corrected the certificate, showing him as the father. He also renamed her Dannielynn Hope Marshall Birkhead.

Currently, Dannielynn resides with her father in Kentucky. She is thirteen years old. We know that she is in the eighth grade because Larry posted a picture of her with a special gift she received after graduating seventh grade. The doting father gave her tickets to see ‘Hamilton’, the Broadway musical. From the image below, it appears that Dannielynn was quite happy to go see the Tony-award winning show.

According to what Larry told Us Weekly, Dannielynn wants to “be a YouTuber and make videos”. However, he has told her, “‘That’s a lot of work, and you’re only 11 years old. If it’s something you want to do when you get older, you can, but right now let’s sell some Girl Scout cookies.’” Understandably, Birkhead wants to keep Dannielynn a little away from the internet, so she is not overwhelmed by what she reads about her mother, and the love story with Birkhead.

Her father has already asserted that she is not to believe everything she reads, but he has told her about how Anna died by taking some medicines in the wrong manner. As for Dannielynn’s personal choices, she seems to enjoy Minecraft, and happens to be a ‘Star Wars‘ fan, as is evident from the ET interview.

Dannielynn lives away from the glare of celebrity life, thanks to the several precautions Larry Birkhead has taken. However, the young girl might just want to follow in her mother’s footsteps and become an actress herself. She said in an interview, “It’s really cool to like, act as a character and not yourself. It’s like portraying a new person. It’s fun.” She has appeared on several shows with her father, including ‘Life after Anna’, ‘Wife Swap‘, and ‘The Millionaire Matchmaker’.

No matter how Dannielynn’s life might turn out to be without her mother, she has gone out of her way to honor her memory and pay tribute to her. In November 2012, at the age of six, Dannielynn modeled for Guess Kids, the children’s line for Guess clothing. Larry spoke about his daughter’s involvement, saying, “Dannielynn has always looked up to her mom’s image. To see her mom’s picture next to hers as a Guess girl and say, ‘Hey, I was a Guess Kids girl, my mommy was a Guess girl,’ that might be her only connection with her mom.”

As for Dannielynn, she commented, saying, “It was kind of weird to see me in all of that, like giant billboard in New York. I don’t like people staring at me.” However, she did it to be close to her mother, since the event marked the 25th anniversary of her mom’s campaign.

Similarly, in 2019’s Kentucky Derby, Dannielynn decided to pay tribute to her mother by donning a pink dress, similar to the one Anna wore in 2004. The young girl also put on her mother’s hat. You can check out Larry’s post below, about Danniellyn’s derby appearance.

Kentucky Derby time once again. Dannielynn looks pretty in pink in her dress by Junona and her Mom’s hat from her unforgettable appearance at The Kentucky Derby in 2004#KentuckyDerby2019 pic.twitter.com/5oUZfcGfbW

Dannielynn seems to have a Twitter account, but her tweets are protected, to keep her away from public scrutiny. However, her father seems to have made his Instagram account in a way where he shares posts about Danniellyn as well. You can check out their post towards the end of summer 2019, below.

In conclusion, Dannielynn seems to lead a normal life that a 13-year-old should have. She is obviously close to her father, and the two even plan out Halloween costumes, as you can see from the post below.

Having a frightening good time on this Halloween with a possessed Dannielynn. #happyhalloween ☠️ #exorcist 👉(No she hasn’t seen the movie, so don’t @ me 😂) (Halloween was moved a day earlier because of rain storms coming tomorrow 🌧 )

As for the Lifetime documentary, Larry has said that Dannielynn does not want to see it right now. She feels that the intimacy shown between Larry and Anna is a little cringy. However, Larry says that she is excited about it. He said, “She’s seen me work on it for a long time. And so it’s probably something that I’ll want her to watch down the road, in its entirety. Not now. But I hope that she’ll see and appreciate [it].”