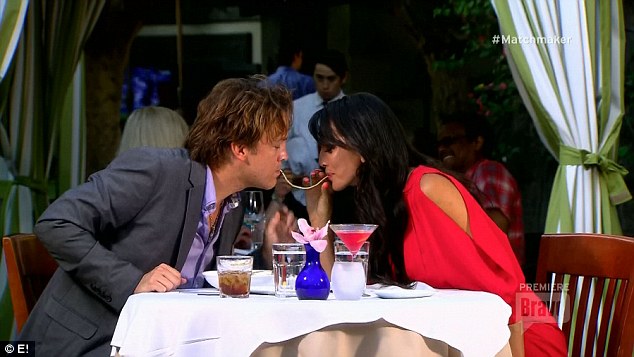 Lifetime’s ‘Hopelessly In Love’ pushes quite a few famous stories from the past, back into the spotlight. We have already seen Biggie and Faith Evans‘ tale portrayed, and now see Larry Birkhead and Anna Nicole Smith’s love story play out.

Every love story has a different flavor, and Birkhead and Smith’s story was out of the media spotlight for quite some time. It came to attention when Smith, the American Playboy model, unfortunately, passed away at the age of 39 due to a drug overdose. While coping with this loss, her former partner, Birkhead, had an even tougher situation to face.

He had to fight a custody battle for Smith and his daughter, Dannielynn Hope Marshall Birkhead. Numerous people claimed to be Dannielynn’s father, including attorney Howard K. Stern, Frédéric Prinz von Anhalt, who was at one time married to Zsa Zsa Gabor, and even Smith’s former bodyguard, Alexander Denk.

Ultimately, Birkhead won custody of Dannielynn. Since then, he has maintained a low profile, staying out of the news. With Lifetime’s documentary, where he is also the executive producer, Smith and Birkhead’s story has once again resurfaced in public memory. Naturally, you might be wondering about where Larry Birkhead is now, and we have got you covered in that regard.

Who is Larry Birkhead?

Larry Birkhead, the son of Larry L. Birkhead and Nancy Birkhead, was born in Louisville, Kentucky. He has a twin brother, a sister, and a step-sister. Larry holds a degree from the University of Louisville. He met Smith initially in 2004, at the Trish Barnstable Brown Gala, which is one of the major parties during the Kentucky Derby, held in the Louisville area. Soon they were dating, but had a tumultuous time during the two years they were together (Birkhead was never Smith’s husband since they didn’t marry.)

After Smith’s demise, Birkhead obliged to make another show about his family, much like ‘The Anna Nicole Show’, which had become extremely popular. Thus, ‘After Anna Nicole: The Larry & Dannielynn Story’, a television documentary was made. Birkhead also appeared in an episode of ‘Celebrity Wife Swap’, and was a part of ‘The Millionaire Matchmaker’.

However, apart from this reality television stint, he has kept his private life far away from the prying eyes of the outside world.

Where is Larry Birkhead Now?

Part of Birkhead’s success as a parent comes from how he has put aside his differences for the betterment of Dannielynn. He spoke of how he became close to Howard K. Stern, who even gave him tips about changing diapers and feeding Dannielynn. Larry said that Stern has been a good friend, and is really supportive.

As for his job, Larry makes his living as a photographer and flips houses. Although he is currently single, he has mentioned how Dannielynn is always trying to get him to go out and date. According to her, some of the celebrities he should date include Ariana Grande and Britney Spears.

While Birkhead tries to give his daughter a normal childhood, he has talked to her about how Anna, her mother, passed away. That being said, he is careful to limit his daughter’s access to the internet and has restricted her from opening her own YouTube channel. Larry and Dannielynn also seem to be content living on Larry’s earnings, irrespective of what the young girl might inherit from her late mother. Larry says they are ‘rich in love’.

Earlier the two would go to the Bahamas, visiting Smith’s final resting place. However, since photographers would try to capture the two at the grave, paying respects, they have done away with the tradition. Instead, they choose to have a light day, buy some cake and share stories about Anna.

While Birkhead might avoid the limelight, he still maintains one tradition. The father and daughter go to the Barnstable Brown Kentucky Derby Gala every year. He considers it as sort of a growth chart for Dannielynn, saying that he sees her grow up every derby. In fact, you can check out the picture of Dannielynn and Larry at the 2019 Kentucky Derby, where she can be seen sporting her mother’s hat while wearing a pink dress.

Kentucky Derby time once again. Dannielynn looks pretty in pink in her dress by Junona and her Mom’s hat from her unforgettable appearance at The Kentucky Derby in 2004#KentuckyDerby2019 pic.twitter.com/5oUZfcGfbW

As for Larry’s most recent social media post, he has been promoting Lifetime’s show on Instagram and Twitter. Naturally, he wants people to remember his love story with Anna, which might have had its ups and downs, but has left him with a daughter he loves very much. Check out Larry’s post below.