Where is Ashley Britt McArthur Now?

Oxygen presents a collection of true crimes where the body has been discovered in some rather unusual places in ‘Buried in the Backyard.’ Not only does the series tackle the horrifying atrocities and what led to them, but it also documents the efforts that investigators make to bring the victims to justice. The murder of Taylor Wright has also been discussed in one episode, and in this article, we take a closer look at the culprit.

Who is Ashley Britt McArthur?

Ashley worked as a crime scene technician, and reportedly, was best friends with the murder victim. Taylor, the 33-year-old private investigator and former police officer, was going through a divorce. She withdrew $100,000 from a joint account between her and her then-husband, Jeff Wright. Then, she gave McArthur more than $30,000 to safeguard on her behalf. 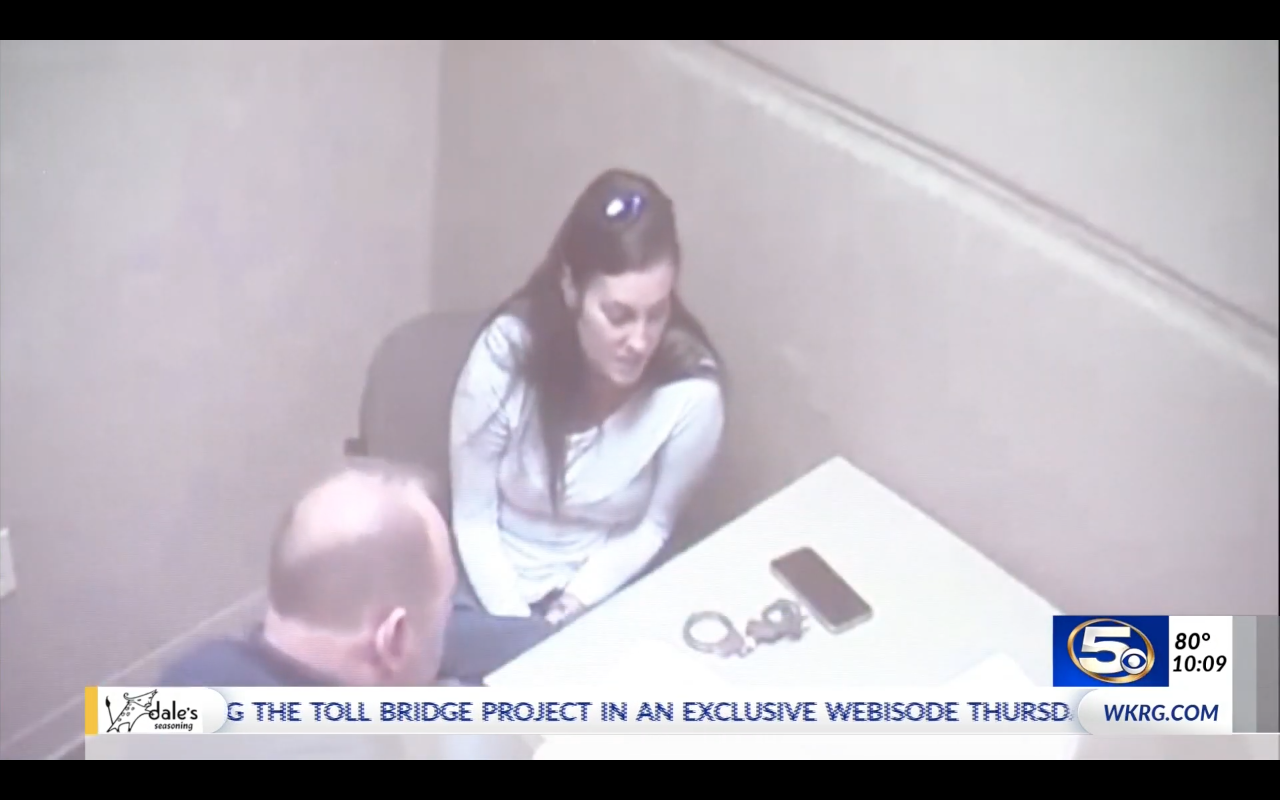 Initially, it was just presumed that Taylor was missing. In fact, her live-in girlfriend at the time, Casandra, told authorities that she had not seen her partner since September 8, 2017. They had been texting till 11:20 am but then Taylor stopped replying. Later in the evening, around 8 pm, Casandra received a text from Taylor’s phone stating that she needed some time to get her life back on track. Officials noted that McArthur had texted her cousin asking if he would be on the farm that day. (He was away at a funeral).

In an interview with the police, McArthur stated that both the victim and she had gone to her family’s property to ride horses. After an hour, they headed back to McArthur’s house, from where Taylor supposedly took an Uber to go to a bar. The former technician continued, “I don’t believe Taylor’s been harmed. I think Taylor is doing what Taylor does, but I don’t know, you know. She’s always come across as being tough, and never made it anything other than–She’s always carrying weapons whether it’s knives, or guns, or whatever. She’s not an easy target”

But cell phone records pointed to the contrary. So when the cops followed up on this lead, they discovered Taylor’s body buried in another farm owned by McArthur’s family, on Britt Road in North Pensacola. She had been shot in the back of her head and was then buried under potted soil and concrete. McArthur’s bank records also painted the picture accurately. A cashier cheque in Taylor’s name worth $34,000 had been deposited in the culprit’s bank account. The money was then spent, and McArthur apparently even bought a boat for Brandon Beaty, a man she had an affair with. 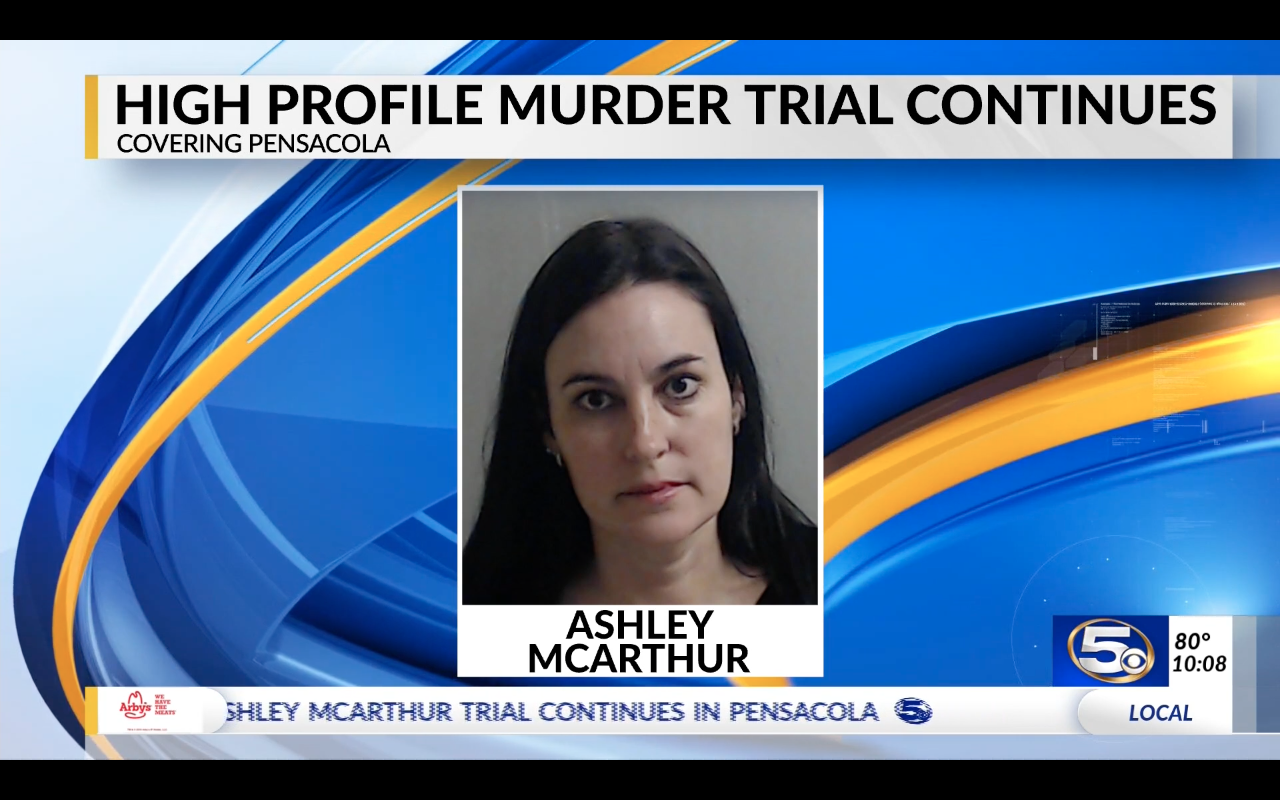 Prosecutors claimed that when Taylor confronted McArthur about the money, it was the last time that the victim was heard from. On September 9, 2017, the former crime scene technician was also seen buying potting soil and concrete from a Home Depot on surveillance footage. Prosecutor Bridgette Jenson pointed out that the change in McArthur’s behavior in two different police interviews held significance— “If you look at the first interview she was flirty, maybe a little playful with law enforcement. In the second interview her demeanor was different. I think she knew she was caught.”

At the trial, witnesses came forward and stated that McArthur had spoken of killing Taylor on other occasions as well. Audrey Warne, who is a local bartender and also one of McArthur’s friend, testified, “She said she was going to put it [cocaine] in Taylor’s beer. She said this world would be better if Taylor wasn’t here and she wasn’t a good person, once that she was too small to hurt anybody so she’d just shoot them.”

But John Berose, McArthur’s lawyer, stated that his client had no financial issues. His opening statement was: “There will be no physical evidence introduced in this trial to show you that Ashley McArthur had anything to do with the death of Taylor Wright.” He argued that the type of bullet that killed Taylor could not be correlated to any of the guns that had been entered as evidence, hence mitigating the presence of a murder weapon in McArthur’s arsenal. Apart from this, he also brought up Taylor’s alleged drug use and questioned the victim’s mental state.

Where is Ashley Britt McArthur Today?

Bridgette Jenson told the jurors, “Ladies and gentlemen, Ashley McArthur had a motive, Ashley McArthur had the opportunity, Ashley McArthur murdered Taylor Wright and then she tried to cover it up with lies, concrete and potting soil.” The prosecution, throughout the trial, reiterated that the motive was financial in nature. It was noted that the defendant was at a wedding in Alabama when Taylor’s phone also pinged off a tower in the vicinity (implying that McArthur had kept her friend’s phone).

A jury found McArthur, then 42, guilty of first-degree premeditated murder, and she was given the mandatory minimum sentence of life behind bars. Interestingly, before this case, she was also on trial for charges of racketeering and fraud. She was found guilty of cheating clients of her family’s business and was sentenced to 7 years in prison with 3 more on probation. There was also an arson charge but she was acquitted of it.