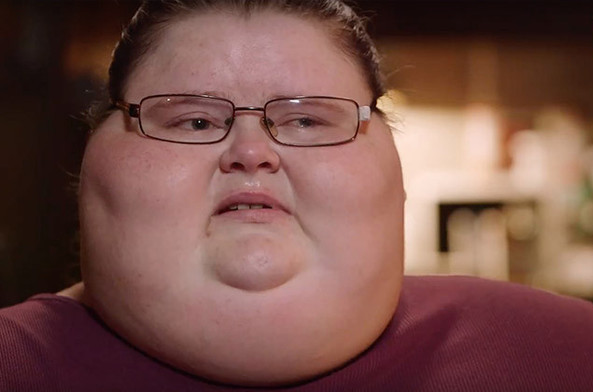 ‘My 600-lb Life‘ is an incredible documentation of weight loss, undergone by people, who are on the cusp of death due to being overweight. The series tells their inspiring tales, as they fight tooth and nail, exercising and dieting, to meet the benchmark weight. With guidance and encouragement from Dr. Now many manage to turn their lives around.

Unfortunately, some pass away due to health complications from being overweight. One of the participants, who has come a long way, has been Ashley D. Naturally, you might be wondering about where is now. We’ve got you covered in that regard.

Who is Ashley D and What’s Her Story?

Ashley D or Ashley Dunn Bratcher is from Kerens, Texas, and tipped the scale at over 700 pounds when she first appeared on the show in 2016. At the time, her son Patrick was six years old. The woman began piling on weight when she was just six years old. In ‘My 600-lb Life’ we often see the end result of eating disorders that lead to immense weight gain. However, very rarely do we examine the cause.

In Ashley’s case, her weight gain started when she was abandoned by her drug-addicted mother, and sexually abused by her babysitter’s husband. Eventually, her father took her and her siblings in. Despite the shift to a safer environment, Ashley kept gaining weight. By the time she graduated high school, she was 400 lbs and at her peak, she was 725 lbs.

She hated herself because she had to depend on her son to help her around the house. With her husband, Jacob, driving trucks, Ashley often found herself sitting around the house, waiting to eat. Finally, a doctor warned her that she would not live to see 30 if she didn’t do anything to lose weight. You can check out a post of Ashley, below.

Where is Ashley D Now?

After meeting Dr. Now, Ashley initially lost weight remarkably. Her desire to give Patrick his childhood back happened to be one of her biggest motivators. She lost 123 lbs in the first four weeks, which was twice what Dr. Now had set as a healthy target.

However, it was not all smooth sailing. Her gastric bypass surgery led her to take too many painkillers, due to which she was rushed to the hospital with an ulcer. She also had to undergo an emergency gallbladder operation. Ultimately, she gave in to gaining weight again but eventually was able to turn things around for the better.

She went through monumental change losing around 350 lbs. However, with the fat gone, Ashley was left with a lot of excess skin, that she has been looking to remove via surgery. Obviously, Ashley has come a long way and is much more confident in who she is now. You can check out her post with her husband below.

Ashley D’s most recent post has been on January 19, 2020. She seems to be having a fun time, playing around with Instagram filters. Obviously, her life is in a much better place now, than it was when she first appeared on the show. This is evident from Ashley’s comment about weekends being about drinks and fun. Check out her post below.

Saturday nights are for drinks and 🔥