Where is Ben Abbott From Forged in Fire Now?

‘Forged in Fire’ is an American competition series that exhibits the astounding talent of four bladesmiths while they face-off with each other for a grand cash prize. The contestants are given specific instructions to forge historical edged weapons, and the one that succeeds in impressing the judges wins $10,000. Ben Abbott won the hearts of the viewers and judging panel alike with his exceptional skills as he emerged victorious in season 2 and 3. But where is the two-time champion now?

Who Is Ben Abbott?

Ben Abbott rose to fame after making his first public appearance on History Channel’s unique show in the second season (ninth episode). His experience was nothing short of magical as the bladesmith won the “the Khanda Sword” challenge in 2016 with his talent and a sprinkle of luck. He came back for ‘Forged in Fire: Champions Edition’ for its third season, which pitted him against three other winners from the show’s previous runs. 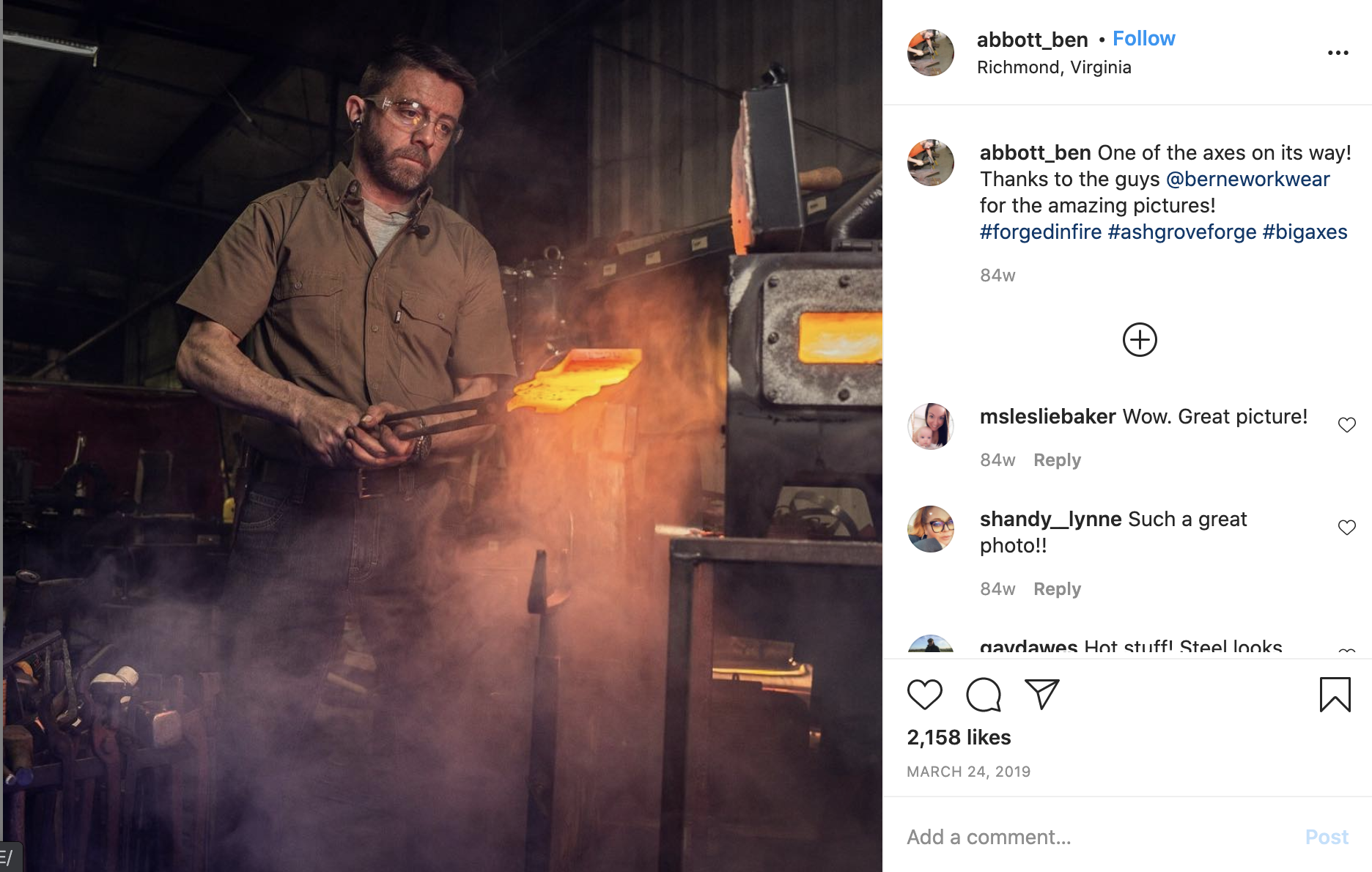 While the competition was visibly harder, it only motivated him further to excel at his job. Thus, he bagged the whopping cash prize for the second time in the franchise. Originally from the United Kingdom, Ben Abbott started making blades at the age of 13, inspired by his excursions at the museums and castles around England. Ben’s fascination for arms and armor showcased there, and his inability to buy a sword led the young boy to attempt making one for himself.

But he did not miraculously succeed at his first attempt and eventually had to scale back his aspirations. At 17, he started forging a knife and for several years, put in his blood and sweat to perfect it and other tools like ornamental ironwork, jewelry, furniture, to name a few. The first of the many swords he made was for ‘Forged in Fire’ that led him to walk away as a champion from the show. He had formerly trained as an electrical engineer at the California Institute of Technology (Caltech) before moving on to his dream-job and temporarily working at Pasadena, California.

Where Is Ben Abbott Now?

With a charming British accent, Ben Abbott has set up his permanent residence at Richmond, Virginia. The competitor-turned-judge now occasionally graces the television screens, in place of J. Neilson, the show’s veteran judge. Ben seems to have built the perfect life for himself as he earns his livelihood by operating at the Ashgrove Forge. As far as his personal life is concerned, he is married to Heather Rabun, a dancer, choreographer, and artist. 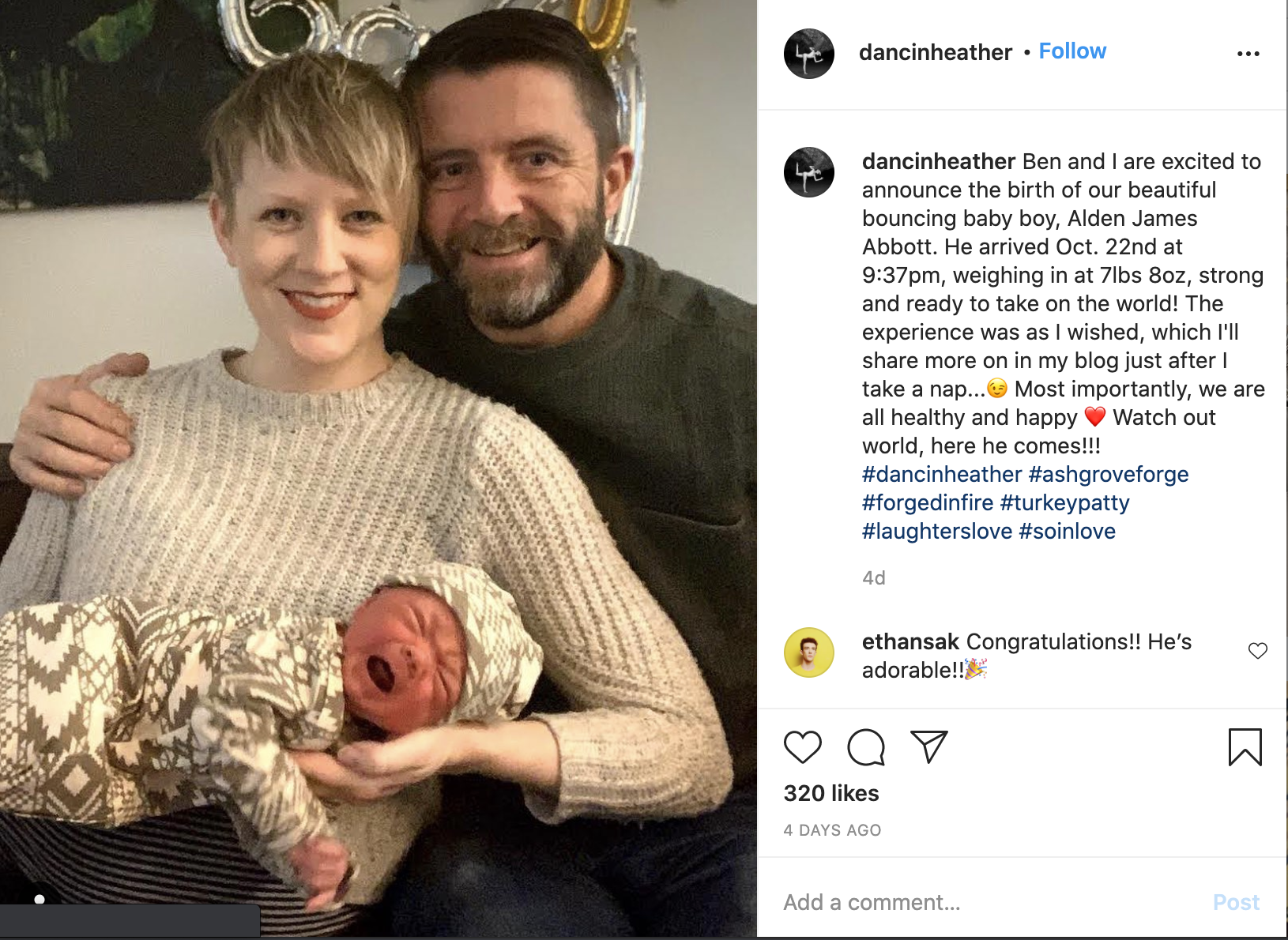 He prefers to keep the intimate details of his life brushed under the carpet. But from what could be gathered from their social media accounts, the couple celebrated their second anniversary on July 21, 2020. They became first-time-parents to an adorable baby-boy, Alden James Abbott, on October 22, 2020. The new dad has been busy raising his son along with creating masterpieces like butcher blocks, coffee tables, and a baby crib!

Read More: Wil Willis From Forged in Fire: Everything We Know