Where Is Bert Pitman Now? 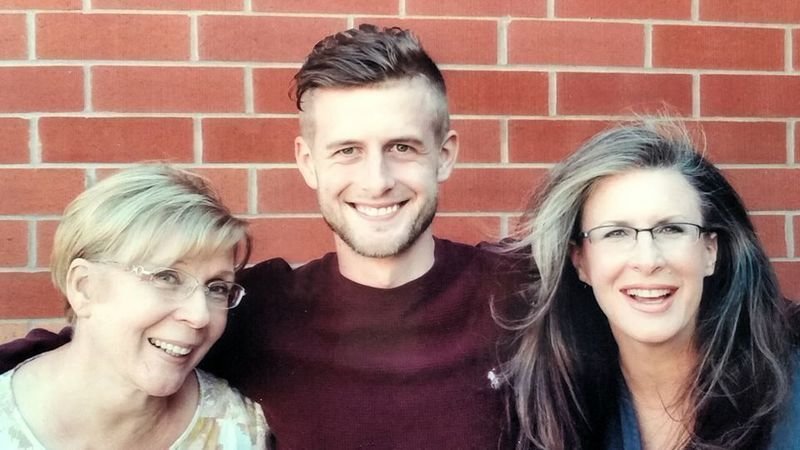 NBC’s ‘Dateline: Twisted’ is an episode that lives up to its name. It focuses not on the aspects of a particular murder, but on the details of the life of the murderer and the events that led to it in the first place. Basically, it focuses on Tracey Richter Roberts and why she killed her 20-year-old neighbor Dustin Wehde. This two-hour broadcast chronicles the story of a revenge-fueled individual who committed a heinous crime just so she could defeat her ex-husband. However, she maintains her innocence to this day, with her son, Bert Pitman, backing her up.

Who Is Bert Pitman?

Bert Pitman is the eldest child of Tracey Richter Roberts and the result of her marriage with Plastic Surgeon Dr. John Pitman. Tracey was just 19 when she met John in college, and after two years, the pair got married and moved to Denver to start a life together. Soon, they were expecting their first child, but their relationship started getting tumultuous. Arguments, money problems, cheating allegations were all normal. And, when Bert was born, things only deteriorated. Apparently, before they decided to separate, Tracey had accused John of sexually assaulting their three-year-old son. But, because of lack of evidence, it was dismissed.

After the divorce, Tracey married Michael Roberts and moved to live with him in Iowa. And Bert, well, he divided his time between his mother and his father. Even when Tracey had two more kids, with her second husband, Bert remained her priority. When he was 10 or 11, in 2001, John was afraid of the environment that Bert was growing up in, and started the process to gain full custody of him. Because of that, because Tracey didn’t want to lose her child, she murdered her neighbor in her home and framed John to be the one who had hired him to harm her, playing it off as if she had killed him in self-defense.

Bert Pitman was a key witness to the events of that night. As he had been at home while the shooting happened, his word carried a lot of weight, or so it should have. When Tracey’s case went to trial after her arrest in 2011, Bert took to the stands to defend and corroborate her story. He testified that another intruder was indeed accompanying Dustin on the night of his death and that his mother did shoot him in self-defense while he was protecting his half-siblings. However, the prosecutors and the jury dismissed his statements, believing it to be a lie to protect his mother, and sentenced her to life in prison.

For those who don't know, my mother was falsy convicted of 1st degree murder in 2011, ten years after two men broke into our house to kill us and my mother defended herself. We lived in a tiny Town in Northwest Iowa and the police were completely and utterly incompetent. Because of laziness and pure negligence the true mastermind of the house invasion is still free today. The aborted investigation of the break-in allowed for a new D.A. to use my mother as a way to further his newly started career. He charged her ten years after the fact and with no real evidence, all hearsay, he got a conviction. Please go check out my Free Tracey Richter page on Facebook for weekly updates on this travesty of Justice.

Where Is Bert Pitman Today?

Bert Pitman now prefers to go by Bert Richter. He still supports his mother and believes that she was wrongly convicted of a crime she never intentionally committed. He says that he is disappointed that Tracey is in prison and that he has to be so far from her, but that because he knows the truth of what really happened, he would always fight for her freedom. Now 30, he is still finding ways to appeal her conviction. There is a Facebook page that he has created to get her the justice he thinks she deserves, and he has also made a petition called “Free Tracey Richter” on change.org.

As for where he is now with his personal life, well, it seems as if he is quite happy. He still resides in Iowa and seems to be in a very loving relationship with a woman named Margaret. His professional life seems to be on the rise as well. Apart from being the head coach of Waukee Warriors, the Lacrosse team at Waukee High School in Waukee, Iowa, Bert is also the owner of a company by the name of Tile Rx, which provides tiling and renovation services in and around the Des Moines area. (Featured Image Credit: Bert Pitman / Change.org)