Where is Bikram Yogi Now? 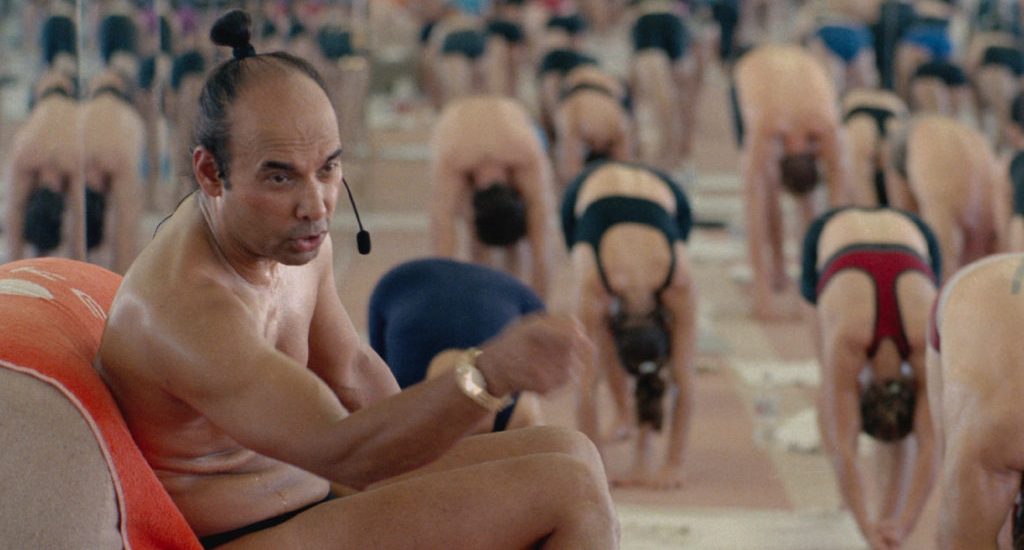 At the height of his fame, Bikram Choudhury’s hot yoga classes were all the rage among celebrities including the likes of Barabara Streisand, Elvis Presley and supposedly President Nixon as well. Ultimately, it would all come crashing down upon the Calcutta-born yoga trainer, when women from his teaching certification classes came forward to accuse the man of grave crimes including harassment, rape, and even racism. You can read about the women who brought down Bikram Choudhury here.

However, truth be told, despite many women finally managing to bring down the predator, only one managed to get some modicum of justice within the legal system. The latest Netflix documentary tells the story of ‘Bikram: Yogi, Guru, Predator‘, tracing his meteoric rise and shameful fall. If someone can emerge unscathed from a fall, it has to be Bikram, since he walked away almost without any consequences. Read on to find out where he is now, and what he is up to.

Micki Jafa-Bodden: The Only Woman to Get Justice Against Bikram Choudhury

Micki Jafa-Bodden was Bikram’s former lawyer, who also attended some of his classes. She felt she could take the approach of combining law with the kind of yoga Bikram taught. While her work with him was pleasant, there were traces of his megalomania which became evident. It was Pandhora’s lawsuit that finally allowed Micki to see Bikram’s uglier side.

As the walls began to close in, he blamed it all on Micki, asking her to fix things. When she refused to continue being a party to his predatory behavior, in light of the lawsuit brought by Sarah Baughn, and Larissa’s account which had started to surface, Bikram fired her. However, Micki decided to stand up, to be an example to her daughter and was represented by Carla Minnard. Ultimately, the court acknowledged that Micki had been wrongfully terminated. They awarded her over $7 million, overall, including direct and punitive damages.

By the time the case was won, Bikram had fled and was in no hurry to pay his ex-lawyer. She was ultimately given his intellectual property, his collection of cars, and whatever was left of his business. An arrest warrant was even issued in May 2017 against Bikram for failing to pay Micki what he owed her.

Bikram fled the United States even before Micki managed to win the case against him. His tactic during the trial was delaying depositions because he believed that famous people did not show up to depositions. Micki recounts how he was always on her case to cancel or postpone depositions. When she was on the receiving end of it, Bikram’s lawyer tried to antagonize Minnard, to get her to cancel the deposition on her own, after she and Micki had struggled for a year to get Bikram in the room.

You might be wondering how Micki did not get more out of Bikram, considering he had a lavish lifestyle including several luxury cars, like Rolls Royces and Bentleys, and many prime properties. Well, he ended up divorcing his wife of 31 years in 2015, which was finalized in 2016. Rajashree, the wife, got his Beverly Hills and Los Angeles homes, not to mention several luxury cars. A clause in their divorce stated that she could not be held financially responsible for any of Bikram’s pending or future lawsuits. Lawyers happen to believe that this was a strategic move by Bikram to ultimately protect his assets.

The most that Bikram seems to have given up is his luxurious life in the US and the massive fame that he enjoyed. Following the allegations against him, he fled the country. However, he is still alive and very much active. Bikram takes classes in Mexico and India primarily, and each of his classes attracts around 70 students. Considering that he takes these classes twice a year and charges $10,000 per student, the man seems to take home a tidy sum of money. Reports have also suggested that yoga studios that hold the name Bikram might owe part of their profits to the yogi, but it is unclear if he is profiting off the businesses at this time.

Two of Bikram’s latest yoga sessions took place in Mexico and then Spain, showing that he still has followers, including girls who are willing to go to his studio despite the allegations made by several women about his predatory behavior.

In conclusion, Bikram Choudhury seems to have escaped the brunt of the consequences that other predators have rightly had to face in a post#MeToo era. It remains to be seen if the incisive documentary by Eva Orner compels the Los Angeles District Attorney’s office to take criminal action against him finally. For now, Bikram Choudhury walks around a free man, still teaching his ways to the world, never having seen the inside of a jail cell, while his dark and disturbing past looms over him.

Read More: The Women Who Brought Down Bikram Yogi

Where Are Jason Carter’s Siblings Now?