Where Is Billy Nelson Today? 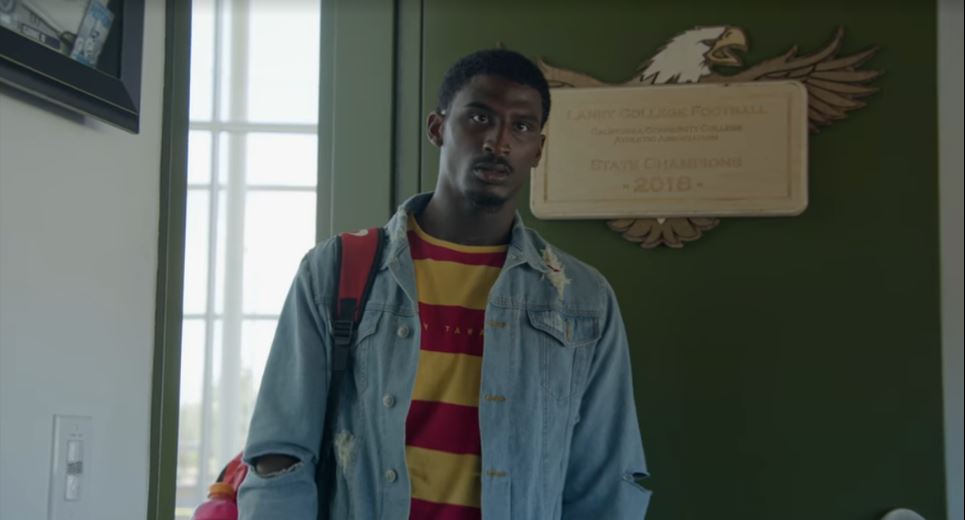 Netflix recently released the fifth and final season of ‘Last Chance U,’ which delves into the world of JUCO football at Laney College, in Oakland, California. The head coach and athletic director there, Coach John Beam, is known to be arrogant and brash, and yet, he also has an unyielding passion to turn underdogs into well-known names – making him a great leader. Having been a fixture in the Oakland community and the footballing world for over 40 years, he has helped a lot of young men get off the streets and has produced some great players, some of whom have even ended up playing at NFL.

One such individual, who turned to Laney and Coach Beam for some guidance after having a bit of trouble finding his path in the world, was Billy Nelson. We only got to see a glimpse of him on the series, but we were intrigued to know more about him nonetheless, so here’s what we found.

Things happen for an reason, make everything an opportunity for success…… in Jesus name amen

Who Is Billy Nelson Jr.?

Billy Nelson Jr. is 6’2″ 195 lbs Running Back player. And, unfortunately, like most people who end up at a commuter college, he has a bit of a past. Even though he graduated from Evergreen High School in Vancouver, Washington, he was initially from Roosevelt High School in Portland. However, that didn’t happen because in the spring of 2014, a year before he was set to graduate, he was charged with second-degree robbery and fourth-degree assault, charges that were eventually reduced to misdemeanors. Billy was being coveted by many Division 1 schools, but when the charges came around, everyone thought that his football career was over.

He didn’t waver from the future that he had planned, though. In the summer of that year, he moved to Vancouver, enrolled at Evergreen, and made the most of the second chance that he got, thanks to his coach there, Coach Don Johnson. He was all set to sign with a Division 2 school, Western Oregon, when Weber State came calling – a Division 1 FCS school that was offering him a scholarship. Therefore, on signing day itself, Billy Nelson Jr. upgraded. He played running back and cornerback in high school, but at Weber, he played safety. And, after just one season, which he sat out as a redshirt with the Wildcats, he left and found himself at Laney.

Where Is Billy Nelson Jr. Now?

As far as we know, Billy Nelson is still working hard to stay in the game. Well, we all saw that he had a problem with his jersey number being 36, so he got it changed to 34, but, apart from that, it looks like he is doing all that is required of him and staying in perfect shape to further his career and maybe even end up in the league, as he hopes to do. In his Twitter bio, he calls himself a Running Back/Line Back and makes sure that everyone knows that he is a “#JUCOPRODUCT.” And, in his Instagram bio, it seems like he has combined his ambitions with his support for the Black Lives Matter movement, as he states, “Free the homies I need my dawgs home cause I’m going to the league.”

Apart from his football career, though, Billy has also just recently started a music career. On July 22, 2020, he uploaded his original song “Selfish” on YouTube and has been promoting it everywhere. The stage name that he is using is N3lly5x. Distributing his time between California and Portland, Billy Nelson is all set to leave a mark on this world, whether it be in the sporting industry or the music industry, or both, only time will tell.