Where is ‘Black Monday’ Filmed? 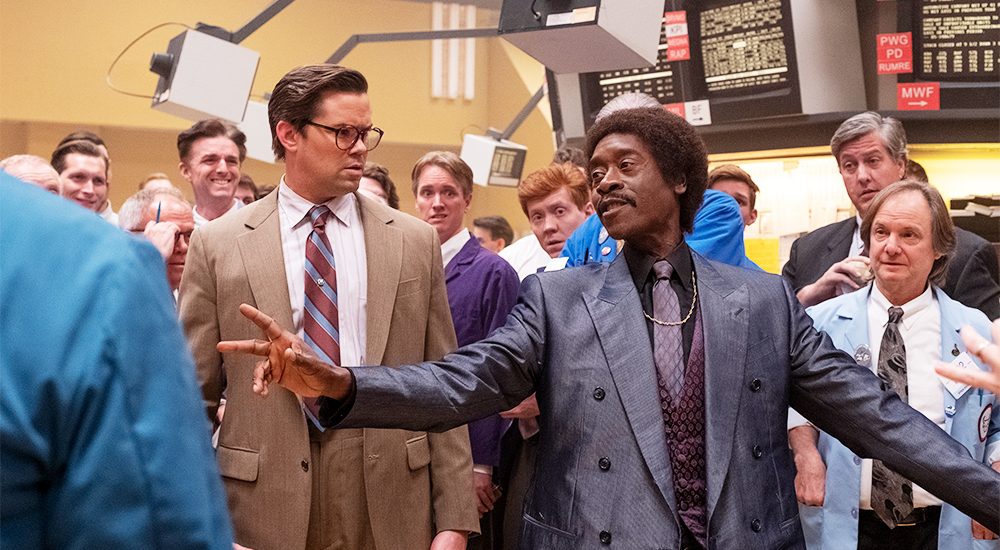 Period comedy is a genre that needs to have more films and television series. It provides the perfect opportunity for dark comedy and for taking a critical look at society during a particular time period while entertaining viewers at the same time. ‘Black Monday’ is a period comedy that attempts to do exactly that.

Starring Don Cheadle, the Showtime television series takes a look at how a bunch of outsiders tried to take on established Wall Street brokers and cause the stock market to crash. The characters are depicted working for the trading firm, “The Jammer Group.”

‘Black Monday’ is a period comedy that takes viewers back in time to 1987. The show is set in Wall Street at a trading firm known as “The Jammer Group.” According to The Guardian, “inflated sense of power, high stakes, big hip thrusts, bold instances of sexual harassment – Black Monday packs it all in.”

Co-produced by Seth Rogen, the series certainly feels like it has extremely high production value. Great attention is given to the period detail when it comes to the production design. Apart from that, the costumes and other mis-en-scene elements are also painstakingly taken care of. Hence, it is natural for viewers to wonder where the show has been actually filmed.

To begin with, the series has not been filmed at Wall Street in New York despite being set there. Since the series does portray its setting authentically, it might be surprising to know that it has not been filmed in the Big Apple. However, thanks to its history and association with the movie industry, Los Angeles has doubled up as various places on the planet before.

‘Black Monday’ has been filmed on location fairly frequently. The series has been shot on a multitude of places in Los Angeles. For instance, filming was carried out at the Millennium Biltmore Hotel on 506 S Grand Avenue in Los Angeles, California. The hotel has become iconic due to its large number of appearances on movies and television series. Moreover, as many as eight Academy Award ceremonies have been held on the hotel’s premises.

The Millennium Biltmore can be seen in ‘Chinatown,’ ‘Glee’ and ‘Bachelor Party.’ Apart from the Millennium Biltmore, filming had also been undertaken at the Occidental Soundstage in the Echo Park neighborhood in Los Angeles, California. According to Hollywood Reporter, the production facility had been transformed to a wedding reception in the 1980s.

Filming that particular scene had been especially challenging. There had been a lot of impromptu decisions that needed to be taken. For instance, the team behind ‘Black Monday’ needed to select a song for the scene last-minute. This process was made even tougher because the production had almost spent all their music budget behind licenses and needed a song that would be in the public domain. The solution: the national anthem!

Apart from the music, a lot of thought and effort went into authentically depicting an ’80s wedding reception. Here is what Cheadle had to say regarding the hair and makeup team:  “really take my hat off to them; we had so many scenes with extras, especially at the wedding. Everything and everyone looks truthful to the era.” Apart from the Millennium Biltmore Hotel and the Occidental soundstage, filming was also conducted on 401 S Main Street, according to local sources.

Read More: Films Like The Wolf Of Wall Street