Where Is Black Narcissus Filmed?

As their deepest longings that remained buried all the years start resurfacing, it makes each one of the nuns question her sanity. The setting in the film elevates the story’s presentation. So, if you are wondering where it was shot, you are not alone. Here’s everything we have gathered about the filming locations of ‘Black Narcissus.’

If you look at any frame in the miniseries, you will remember it for a long time as the setting is such a memorable one. The series is set in Mopu, a remote clifftop palace in the Himalayas. However, it is filmed on two different continents. Let us take a closer look at the filming sites!

‘Black Narcissus’ is filmed at the Pinewood Studios, especially the indoor sequences. The studio is located on Pinewood Road, Slough, Iver in Buckinghamshire. The iconic studio has served as a filming site of some of the biggest productions such as ‘No Time to Die,’ ‘Maleficent: Mistress of Evil,’ and ‘ A Clockwork Orange.’ The studio offers 40 stages, 3 TV studios, an underwater stage, along with an elaborate backlot, production offices, and workspaces. In fact, the 1947 ‘Black Narcissus’ was filmed primarily at the studio. 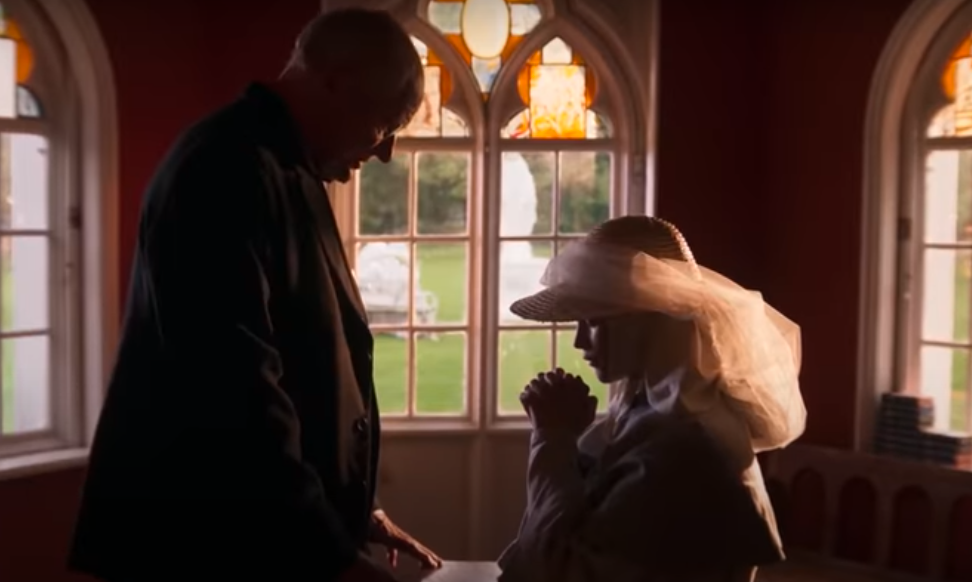 The studio stands on an old estate called Heatherden Hall, the main mansion of which exists to this day. Multiple productions have used the mansion and its gardens for filming. The studio’s backlot has been transformed to different on-screen locations over the years as various detailed sets have been built there. These include the Baker Street set used to film ‘The Private Life of Sherlock Holmes’ and Godric’s Hollow for the ‘Harry Potter’ film series.

The scenes featuring the sweeping landscape and the majestic Himalayas that we see in the series were filmed on location in Jomson, Nepal – a privilege that 1947 ‘Black Narcissus’ did not have. Jomsom, which is also known as Dzongsam, is in the Mustang district of Western Nepal. It is close to Muktinath, which is a pilgrimage site for Hindus as well as Buddhists.

The architecture of the houses in Jomson is peculiar to the region since they are constructed in a way that could minimize the effects of the cold winds. Icy winds start blowing early in the morning, resulting from the difference in atmospheric pressure between the Tibetan Plateau and the lower valley. The production design team also used other subtle elements of the local culture to bring out the authenticity of the characters. The intricate and colorful embroidery on the clothes of the natives is in complete contrast with the clothes that the nuns wear.