Where Is Botham Jean’s Family Now? 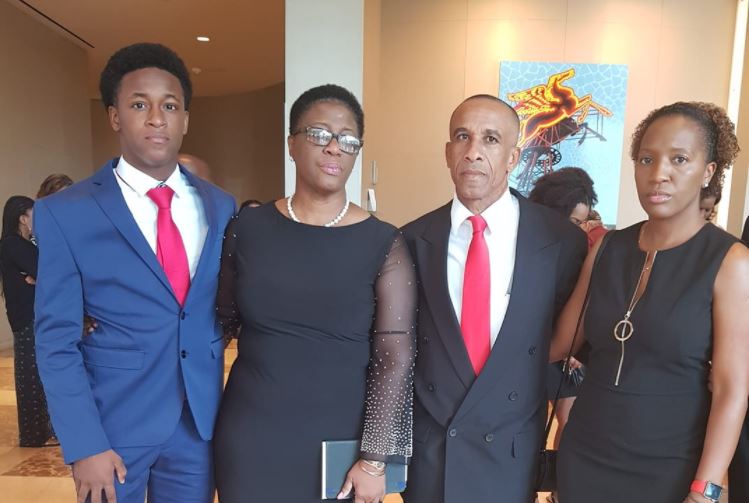 ID’s ‘Impact of Murder: The Ballad of Botham Jean’ chronicles the heart-wrenching, horrific, and yet, unfortunately, believable story of how the 26-year-old Black male was murdered in his own apartment by an off-duty police officer who thought of him as dangerous. The episode highlights all the crucial moments in this case and even gets Botham’s family to divulge exactly how they have been affected by the murder and how they are coping with it. With one-on-one interviews and impact statements, we see them conquering against Botham’s killer, Amber Guyger.

Who Is Botham Jean’s Family?

Botham Jean was the middle child of a very prominent family from Saint Lucia, an island country in the West Indies. Therefore, his dreams of entering into politics there and becoming the Prime Minister wasn’t too far fetched. According to St. Lucia Times, Botham was the son of Allison Jean, a “former Permanent Secretary in the Ministry of Education, Innovation, Gender Relations and Sustainable Development,” and Bertrum Jean, who was a store supervisor for Water and Sewerage Company, also known as WASCO. Even Botham’s uncle, Ignatius Jean, is a man of power – as the “Chief Executive Officer of the Caribbean Water and Sewerage Association Inc. (CAWASA) and former government Minister and Parliamentarian.”

As for Botham’s siblings, he had an elder sister, Allisa Findley, and a younger brother, Brandt Jean. The age difference between all of them was that of a decade. In other words, Allisa was a decade older than Botham, and Brandt was a decade younger. At every press conference and court date that was related to Botham’s murder, the whole family was there – hand in hand, to support each other, and to get justice for the man they all loved. During Amber’s sentence hearing in late 2019, Allisa gave a testimony wherein she shared that because of their age difference, she treated Botham as her son. She also said that her own children were close to him. Brandt, on the other hand, forgave Amber, told her he loved her, and then, he hugged her so that he could move on.

That day, Allison Jean told the jury that she referred to Botham as the glue that held her kids and family together, whereas, Bertrum Jean expressed his frustrations about losing his son to such a senseless crime. He said: “How could we have lost Botham, such a sweet boy? He tried his best to live a good, honest life. He loved God. He loved everyone. How could this happen to him? In hindsight — what could we have done? My family is broken-hearted. How could it be possible? We’ll never see him again. And I want to see him, I still want to see him.”

Where Is Botham Jean’s Family Today?

Most of Botham Jean’s family is back in St. Lucia, residing in Castries, and is, day-by-day, learning how to live a life without him in their presence. But, to remember him and his goodness, they have established a foundation under his name. Currently, Allison Jean, Botham’s mother, works at the National Utilities Regulatory Commission in St. Lucia to ensure that services like water, sewage, and electricity is provided to every individual in the island country. And, along with her husband, she is, to this day, keeping the memory of their son alive by fighting for justice for every other Black person who has lost their lives for no reason whatsoever. ABC News reported that, in an interview with GMA, Allison said that she wants her son’s name to remain alive, especially during this tumultuous time that we have trouble trusting in our own police force.

“Every time I hear of a new family losing a son or daughter, Sept. 6, 2018, comes back all over again,” she said. “It brings me back to my daughter walking into that room.. I just have to keep reliving that over and over, a day that I would really want to forget. But every single victim … it is just terrible. I cannot even explain it and the pain never goes away. Some days are good, but some days are really horrible.” Therefore, Allison keeps persisting, and it seems like she will do so until she sees a positive change happening. And now, with Amber appealing her conviction, she is even more determined to prove to the world that some laws need to be changed or, at least, controlled. Even her daughter, Allisa, is with her on this, using her platform to raise awareness about the value of Black lives. (Featured Image Credit: Brandt Juic-kid Jean / Facebook)