Where Is Brandon Gaunt From Glow Up Now? 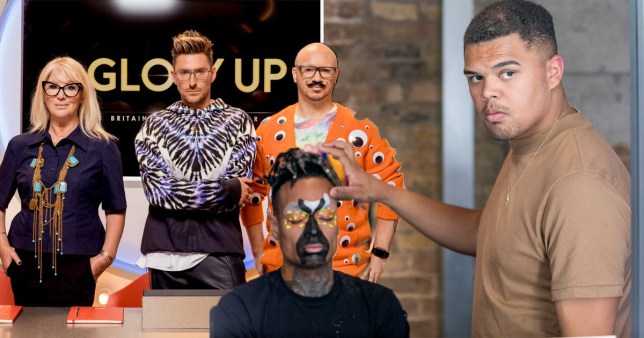 BBC Three’s original series “Glow Up: Britain’s Next Make-Up Star” presents before the world 10 world-class make-up artists (MUAs) and declares a winner at the end of 8-week long grinding and polishing of their talent. The season 2 is anchored by Stacey Dooley, and the jury panel consists of industry legends Val Garland and Dominic Skinner. Ophelia Liu was the best of these aspiring contestants. She was honored with an opportunity to work closely with highly acclaimed and most illustrious names in the fashion industry.

SURPRISE…. So I can’t believe I’m about to say this, tune in to @bbcthree iplayer to watch me on @glowupbbc May 14th at 7pm !!!! 😬🤗😁 #mua #glowup #makeupartist #bbciplayer #bbcthree

The participant who impressed the judges with his creativity and sheer talent was Brandon Gaunt. But because he failed to deliver the concept given as the challenge, he had to be sent home. Let us know more about this brilliant artist.

Who is Brandon Gaunt?

THE WAIT IS OVER…… @glowupbbc will be on @netflixuk tomorrow !!! Can’t believe I’m saying that and I’m super happy that all my International peeps get to watch 😊 yes I have now come to the realisation it is backwards 🙈🤣 pic.twitter.com/Gcv7ieRJVv

Brandon Gaunt is a London based make-up artist who has mastered the skill of creating gory impressions that give a gothic vibe. He accomplishes such terror-evoking using mostly contouring palettes and stroking bright colors like red, violet, and neon green.

He got eliminated in the fourth week as he lost his second face-off to Hannah. The judges, Andrew Gallimore and Michelle Visage found it really difficult to choose the week’s winner but had to put an end to his journey on this popular series being aired on Netflix. This is because the look that Brandon had created had failed to make an impact. The challenge was to use three colors to create a temple drape, but he had blended all three colors so well that it looked like he had only used two. The green had completely merged into the blue and could not stand out.

After coming back to London he has passionately resumed his arduous attempts at fresh make-up looks. He has proven himself to be a real player and not some petty, sour loser. But what has he been up to?

Where Is Brandon Now?

The 22-year-old make up artist has a dark side that he skilfully depicts through his art. He lost his father at the tender age of 2 and could not have a normal childhood. Even for his first show of talent at “Glow Up”, he depicted strokes of grey and black saying that this is a child who has always been told that he will never be successful at anything in his life.

Distracted throughout his high school years, he was completely aware of him being called the “devil child”. Self-admittedly, Brandon was academically one of the worst students and was excluded 117 times. In his teen years, he began to seek pleasure in fighting. Rebellious by nature, his strength lay in physical exercise which is why he took up boxing. While he was pursuing this aggressive sport, he got curious to try his hand at ‘hair and makeup.’ It made him feel so empowered that since then, he has been realising his full potential in this field. In all honestly, he acknowledges that in his present day, he could not imagine himself doing anything else.

🕸🕷Arachnophobia 🕷🕸 For those that know me!! Like most people I know, I have a massive fear of spiders !!! Even the thought makes my skin crawl 🙈 After last weeks @glowupbbc I decided to show you my fear & phobia ! Absolutely love prosthetics so this episode was amazing! Product list : -Prosthetics from @hauntedsfx -Contact lenses from @ispyeyes (white mesh) -black Body paints from @officialsnazaroo -grey base paint from @mehronuk – @beautybaycom me, myself & mmmitchell palette -loose powder from @rcmamakeup – @plouise_makeup_academy 0 base and black base #makeupartist #phobias #spidermakeup #spiders #glowup #mua #snazaroo #mehronmakeup #wakeupandmakeup #7dayslayxalsm #plouisemakeupacademy #hauntedfx #sfx #prosthetics #100daysofmakeup

Ever since he has been back to his hometown, Brandon announced on his social media account that he was ready and excited to splash pretty colors on the models’ faces and paint himself Halloween scary. While the pandemic hit the world, he has been promoting his inner-self more than ever and depicting to the world what it means to have a traumatizing childhood.

Did a wise woman say MARVELLOUS !!!!Who watched last nights @glowupbbc 🖤 I hope you all enjoyed it as much as me 🙌🏼 my re-creation of my mask theme ”making my dreams a reality” I absolutely loved me first look and just wanted to do it all over again, I had so much fun this week honestly. Massive thank you to @thevalgarland @dominic_mua @thelionkinguk for another amazing week 💙 Catch every episode of season 2 via @bbciplayer on Thursday at 7pm #muas #creative #makeupartist #bbciplayer #glowupbbc #skulls #valgarland #dominicskinner #makeuplegends #dobetter #colourful #plouisebase #mehronmakeup #maccosmetics #beautybay #toofaced

Read More: Will There Be A Glow Up Season 3?