Where Is Brandt Jean Now? 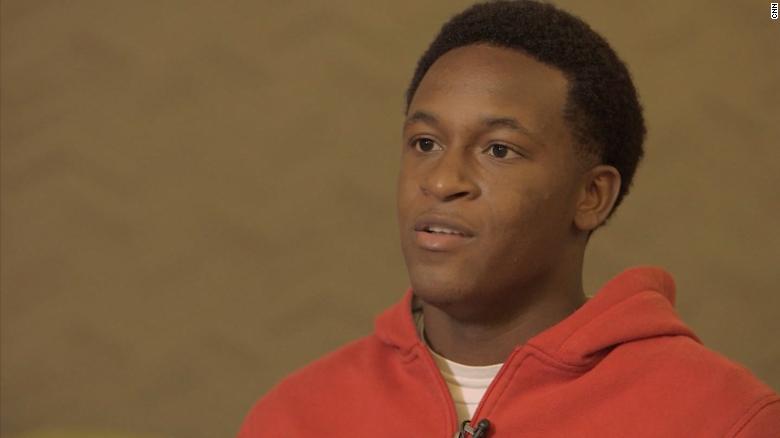 The murder of Botham Jean, which transpired on September 6, 2018, shocked Dallas, Texas, and the judicial system to the core. And now, with the Black Lives Matter Movement in full force, it is again gaining attention, especially with ID’s ‘Impact of Murder’ covering the case in an episode entitled ‘The Ballad of Botham Jean.’ Botham was killed in his own apartment – where he was watching TV and eating ice-cream – by an off-duty, white Dallas police officer after she mistakenly entered his home, believing it to be hers. Botham’s brother, though, Brandt Jean, is the one who has since been making headlines because of his actions and nature. Curious? Here’s all that we know.

Who Is Brandt Jean?

Brandt Jean, the youngest of the Jean family, was only 17-years-old when Amber Guyger shot and killed his brother. “I still don’t believe he’s gone, but we have to accept it,” he told Fox6. “He was really inspiring. He had a positive mind and vibe.” The day his brother died was one of the hardest days of Brandt’s life, especially because he still remembers his mother crying when she called to let them know the news about Botham. But, even with that, and his tender age, Brandt has shown a maturity level that surpasses expectations. He, along with his parents and sibling, was always present during any press conferences or court proceedings regarding his brother’s death. However, it was during Amber’s sentencing that she shocked the world with his act of forgiveness.

During that emotional day, with testimonies from family members, the following is a part of what Brandt said: “I don’t want to say twice or for the hundredth time how much you’ve taken from us. I think you know that. But I just…I hope you go to God with all the guilt, all the bad things you may have done in the past. … If you truly are sorry, I speak for myself, I forgive you. If you go to God and ask him, he will forgive you. And I don’t think anyone can say, I’m speaking for myself…but I love you just like everyone else.” Then, Brandt politely asked the judge if it was possible for him to hug Amber. When he got the permission, he embraced her for a long while. The full video of Amber’s sentencing, which includes the heart-warming hug towards the end, is right above.

Where Is Brandt Jean Now?

After that fateful court date, Brandt Jean received a lot of love from the public and the media for his act of kindness. It also sparked some criticism and debate, but his emotions were written clearly on his face, and no one could deny that he meant what he said. Two months after the hug, CNN reported that Brandt hasn’t dwelled on that moment and that he hasn’t even seen a clip of it online. “I just want to lead by example, just be my own person,” he said – which, for him, means being a positive influence to whoever is around him, just like his elder brother. For his act, Brandt even received the Ethical Courage Award from a law enforcement organization in Plano, Texas.

And, although he attended the ceremony with some reservations – being a shy, quiet teenager – he used his platform for good and to spread awareness about crimes against the Black youth. “I really don’t want this to happen again. As much as I want people to be forgiving, I don’t want there to be another brother who has to forgive. … I want you all to know I am not a threat, that young black males are not inherently dangerous or criminal,” he said. Brandt also revealed to CNN that he despised Amber for a solid year after his brother’s murder, but that all changed when he heard her apologize. He saw his own anger and resentment and decided to forgive her so that he could work on himself.

Even though Brandt’s Facebook account has been inactive for quite a while, it did tell us that he currently resides in Castries, Saint Lucia, in the West Indies, and graduated from Leon Hess Comprehensive Secondary School. In 2013, on his profile, he shared a graphic that read: “When you carry a Bible…the devil gets a headache. When you open it, he collapses. When he sees you read it, he faints. When he sees you living it, he flees.” Along with faith and religion, family photos are pretty much all that there is on his social media, making it all the more evident that Brandt knows and understands the value of relationships, connections, and forgiveness. (Featured Image Credit: CNN)