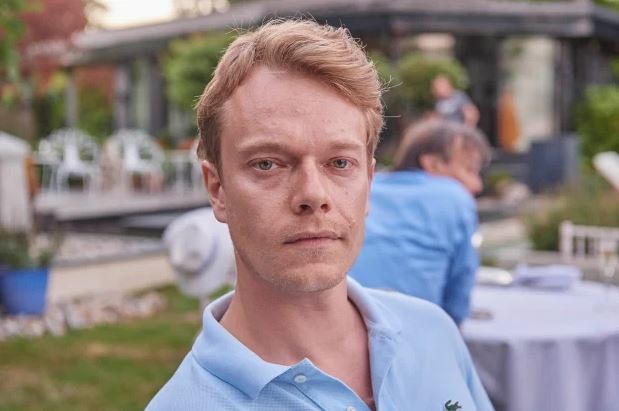 ‘The Murders at White House Farm’ is a British crime drama series that chronicles the real-life events of a family murder that took place in 1985. On August 7, the Bamber-Caffell family, with the exception of their adopted son Jeremy Bamber, were found dead inside their locked home, White House Farm, in Essex, England. But, as time went on, the case turned out to not be as open-and-shut as investigators first thought. The murder-suicide probe took a turn when it came to light that Jeremy himself could have been involved in their deaths. But, as the six-part series points out, a lot of people, including the accused’s best friend, Brett Collins, stood by him.

Who Is Brett Collins?

Brett Collins met Jeremy Bamber in New Zealand, his native country, back when they were both teenagers, and became quick friends. Jeremy had traveled there after leaving school to attend a diving course, and the two just connected. Even after Jeremey returned to England, they remained in touch. And so, when Brett heard about his family’s murder, he immediately went to him, from Greece, where he had been vacationing at the time. All he wanted to do was support his friend and be there for him. Brett recalls that he even went as far as to tell Jeremy to prepare an alibi as the investigators might try to pin his family’s murders on him. And, being his fiercest supporter, when the evidence started to stack up against him, Brett found him a lawyer.

Brett says that even though Jeremy’s behavior in the immediate aftermath of the murders was strange, he never really doubted his friend’s innocence until they went on a holiday together the very next month. He explained: “At the funeral, Jeremy wasn’t depressed or really down. He was making jokes and was almost theatrical.” Then, as a thank you, he whisked Brett away for a paid by him vacation to the south of France. There, they had the most enjoyable two weeks filled with laughter, with Jeremy also regularly speaking of his newfound inheritance and what all he would do with it. Together, the pair had even visited various news outlets to sell stories and images of Jeremy’s family. But, in the end, before Jeremy went on trial in October 1986, Brett returned to New Zealand.

Where Is Brett Collins Today?

Brett Collins, now in his late 60s, still resides in New Zealand. However, his own life there hasn’t been crime-free. According to some records, this Waiheke Island man has been convicted of five low-level criminal activities in the last few years, with his last one being for unregistered trading for motor vehicles. It is alleged that he made a total of about £200,000 from all these activities, but was eventually made bankrupt following his convictions and refusal to pay the fines for them. But now, as far as we know, Brett is living a good and simple life.

Brett Collins has opened up to The Mirror about his stance on Jeremy Bamber, revealing that he, without a doubt, now no longer believes his claims of innocence. He even admitted to why he left England before the trial, saying, “After he was jailed I just wanted to get away from it all. I dumped all of the pictures I had of me and Jeremy together because I didn’t want to think about any of it again.” Then, speaking of how certain he is of his former friend’s guilt, he said, “Jeremy should stop this appeal, stop stirring things up and leave people alone. He should never be released from jail.”

Read More: Who Is Marcus McBride? Is He a Real Person?