Where Is Bridgerton Filmed?

If you are craving some ‘Gossip Girl’ style drama and some serious Jane Austen vibes, ‘Bridgerton’ is based on the bestselling novel series by Julia Quinn. It brings to the screen the competitive world of Regency-era England. Lust, wealth, and betrayal become all the more dramatic when filmed at lavish locations that do justice to the old-world glamour. Want to know where it is filmed? Let us find out!

‘Bridgerton’ is filmed in England, primarily in London and Bath. Other locations in Yorkshire, Hertfordshire, Cobham, and Salisbury also feature in the show. Let us walk you through the details of where the series is filmed!

You may see some familiar locations from London in the series as they have also served as filming locations for other well-known productions. One such location is The Reform Club in Pall Mall in central London, which appears in films like ‘Tenet,’ ‘Sherlock Holmes,’ and ‘Quantum of Solace.’ Scenes for ‘Bridgerton’ are filmed at the grand chambers of Lancaster House, which also stands in for the Buckingham Palace in ‘The Crown.’ Bridgerton family home is filmed at a property in Mayfair, which is one of the most expensive areas in the world.

Although the series is set in London, Bath serves as the primary location for filming. One of the most impressive landmarks from Bath is the Royal Crescent. It comprises thirty terraced homes built in a row to form the famous crescent overlooking the Royal Victoria Park. Exteriors of No. 1 Royal Crescent stands in for Featherington family’s home in the series. Other recognizable locations are Sally Lunn’s Historic Eating House and Museum, Holburne Museum, and Pulteney Bridge. 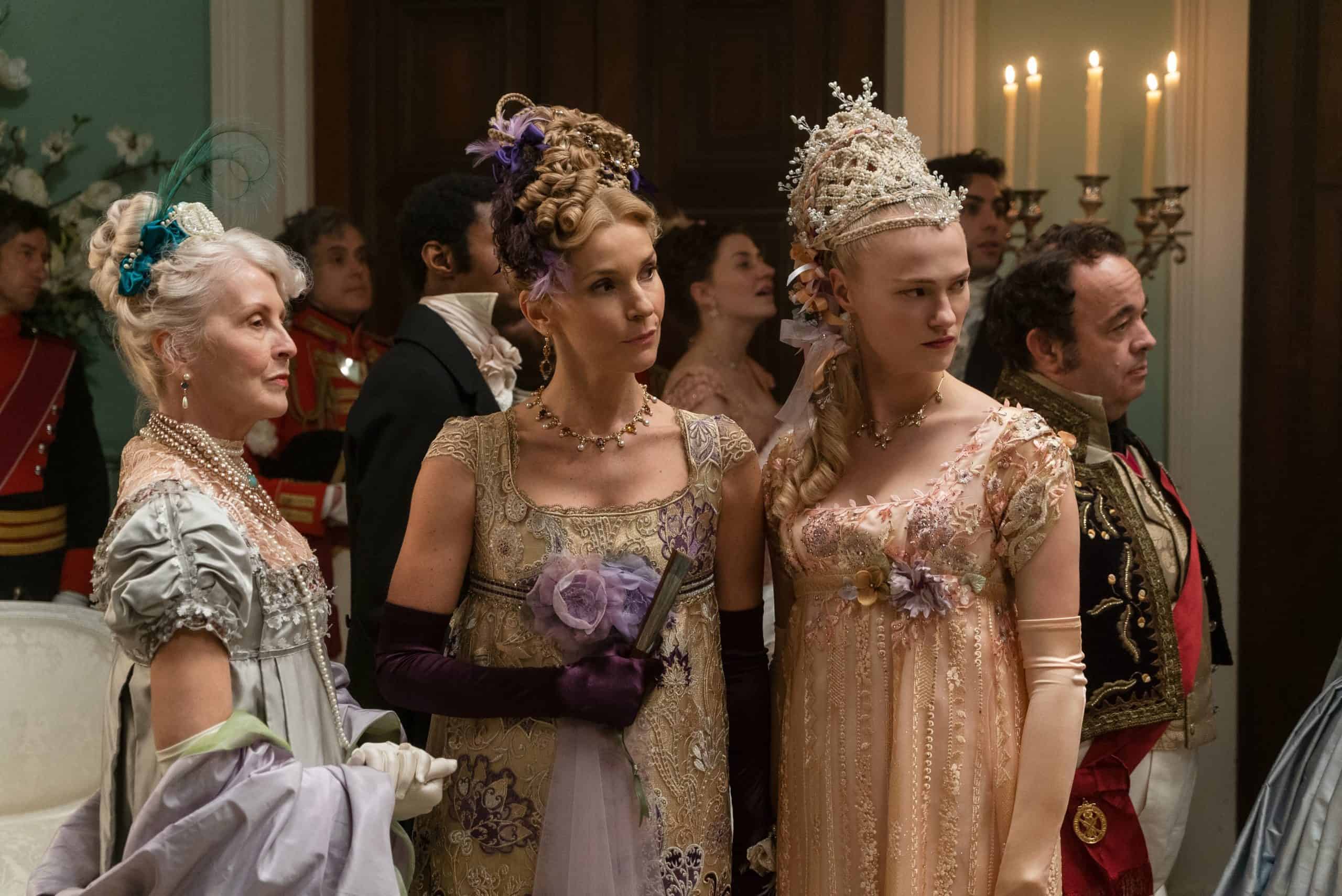 The candlelit lavish ball scenes in ‘Bridgerton’ are filmed at Bath Assembly Rooms. This was once a prime location for social gatherings, especially in the Georgian Era. The rooms are still used for weddings and conferences. The Banqueting Room at the Guildhall also serves as a location for the soirees in the show.

There is nothing this author loves more than a scandal. Consider yourselves warned, dear readers. pic.twitter.com/V2T0osvdol

Scenes are filmed both inside and outside the Pickled Greens Cafe in Abbey Green, which stands in for Modiste, the dress shop. Another part of Abbey Green doubles as Covent Garden for the show. Beauford Square and Bath Street are used for filming some street sequences in London. The interiors of a local shop on Trim Street serves as a filming site for specific scenes in the series.

It’s been over a year in the making but Bridgerton is due for release on Netflix this Christmas Day. Filming took place in Bath. Look out for Royal Crescent and Abbey Green. #bridgerton #netflix #visitbath pic.twitter.com/82kRWHZMsW

Several sequences have been filmed at Hatfield House in Hertfordshire, specifically in the Marble Hall and the West Garden. Castle Howard in Yorkshire and Wilton House near Salisbury are two other stately homes, which make an appearance on the screen. The beautiful 18th century landscaped garden, Painshill Park in Cobham, is one of the places that you may recognize, especially the famous lake and the Chinese Bridge.