Where is Christian Dawkins Now?

HBO’s latest original documentary, ‘The Scheme’ offers a compelling portrayal of the biggest criminal case in collegiate sports history. The well-crafted and meticulously detailed documentary, directed by Pat Kondelis, exposes the dizzying depths of corruption in college basketball. At the same time, it also uncovers the flaws of the unprecedented two-year FBI investigation that eventually led to a series of high-profile arrests.

‘The Scheme’ achieves this by placing Christian Dawkins at the center of its narrative, as he unravels the complex web of corruption and tells “the bigger story” behind the widespread basketball scandal. There is little doubt that Dawkins is both a charismatic and a highly intelligent source of information. But he stands out because of the role he plays in the federal investigation, for which he is eventually convicted.

Christian Dawkins facilitated dozens of deals and orchestrated payments to the families of high-profile recruits. But he maintains that though he broke the NCAA rules, he did not commit a federal crime. More importantly, he honestly and matter-of-factly reveals the actual brokenness and hypocrisy of the system through which the NCAA operates.

It is also through the recordings of Dawkins’ interactions with high-profile head coaches that it becomes evident that everyone is complicit in the scandal. However, not everyone pays a price for it. Dawkins was one of the few who did. And his role in the federal investigation makes it increasingly apparent that he was FBI’s fall guy. His story, of course, is a riveting one, as Dawkins went from being practically unknown to the central figure in a high-profile investigation. But what happened to him? Where is Christian Dawkins today? Here’s everything we know.

Who is Christian Dawkins? 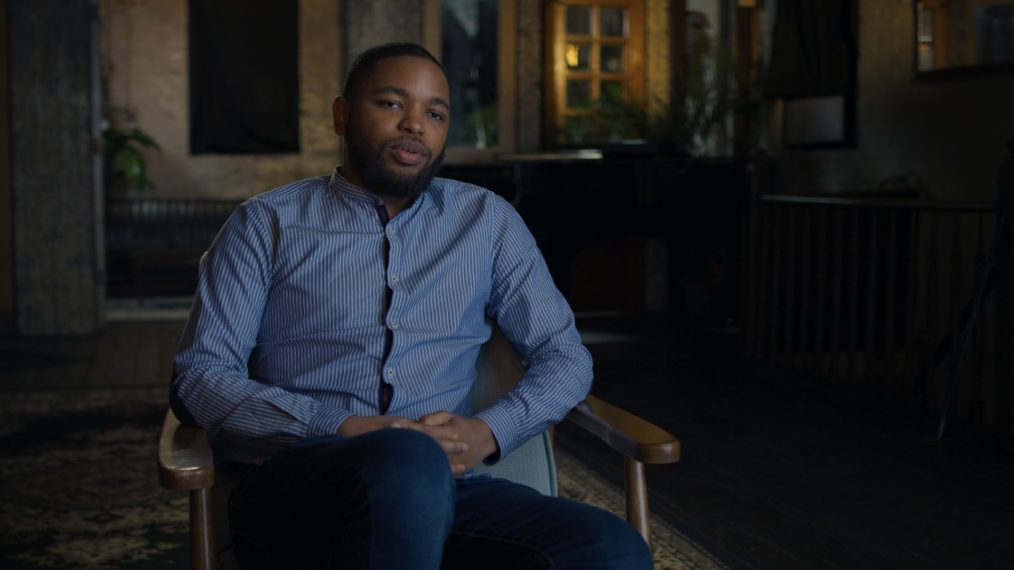 Christian Dawkins grew up in Saginaw, Michigan, where his father, Lou Dawkins, was a well-known and respected basketball coach at Saginaw High School. His mother, Latricia Vaughn-Dawkins, was a principal, while his younger brother, Dorian Dawkins, was a rising basketball star. Dorian, however, unexpectedly passed away in 2009 due to a rare heart defect. The incident took place at a high school basketball camp in Michigan State University. Dorian was only 14 years old at the time.

Christian Dawkins was deeply affected by Dorian’s death, and would later name his basketball team on him. Christian, just like his father and brother, was a “basketball junkie”. During an interview with ESPN, Paul Carmona who formerly coached an AAU team for Dawkins, revealed:

“He loved basketball. I think he realized at an early age in high school that he wasn’t going to get it done as a player, so he was interested in becoming a team manager, director or other things.”

In fact, Christian took over the AAU team that Lou had started while he was still in high-school. He was simultaneously also writing scouting reports and recruiting updates which was supposedly so comprehensive that college coaches were willing to spend hundreds of dollars to read it. Around this time, Dawkins also convinced Carmona to work with him and renamed the AAU team “Dorian’s Pride”.

Christian Dawkins quickly made connections in the basketball world. And soon enough, he was working as a runner for the NBA agent, Andy Miller. By the time he was twenty, he had already guided two players to the first round of NBA draft. And by 2017, he had already delivered ten first round NBA draft picks to Miller. After working with Miller, Dawkins started his own management company, LOYD (Living Out Your Dream) for which he needed capital. During this time, he got help from a hustler named Louis Martin Blazer.

Blazer introduced Dawkins to investors, Jeff D’Angelo and Jill Bailey, who were willing to give Dawkins money to bribe coaches in order to gain influence on the players. However, what Dawkins did not know was that Blazer had previously pleaded guilty to fraud and was working as an informant for the FBI. The investors were, in fact, undercover agents. But Dawkins was only doing what everyone else was doing – paying players and their families to ensure that they sign with them.

Dawkins resisted paying the coaches as he believed it was a waste money and counterproductive. He could directly gain influence over the players by interacting with them, their families and agents. Unbeknownst to Dawkins, he saved himself through his evident hesitance. Though he eventually did give in. The FBI agents, later, told him to help them expose the coaches. However, Dawkins refused, and was ultimately charged on several seemingly petty counts.

Where is Christian Dawkins Now?

The FBI made a series of high-profile arrests on September 27, 2017. During the time, ten men were arrested. These included four assistant couches, and a couple of former Adidas employees, and small-time runners and fixers like Dawkins. Christian Dawkins made it clear that he did pay the players, but he also made it apparent that everyone else did too. These include high-profile head coaches like Sean Miller (Arizona) and Will Wade (Louisiana). Both of whom were not charged despite there being enough evidence to suggest otherwise.

On October, 2018, he was ultimately convicted of pay-to-play scheme for making payments to high-profile recruits to ensure that they signed with Adidas-sponsored college programs. For this, he has to serve a six-month sentence. On May 2019, he was found guilty of bribery and conspiracy to commit bribery for which he was given a one year and day long sentence. He was not found guilty on three other corruption charges on him.

Dawkins and his attorney, Steve Haney, through his trial, and in the documentary, expose the hypocritical system of NCAA in which student-athletes do not get any monetary compensation for their labour while schools make millions. Dawkins, with help from Haney, is currently appealing both the charges on him. He is out on appeal, and is working in the music industry as a music manager. While it is not verified, some reports claim that he currently works as a manager for Chosen Music in Los Angeles. However, according to Dawkins’s LinkedIn, he resides in the Greater Atlanta Area.