Where is Christine Metter Now? 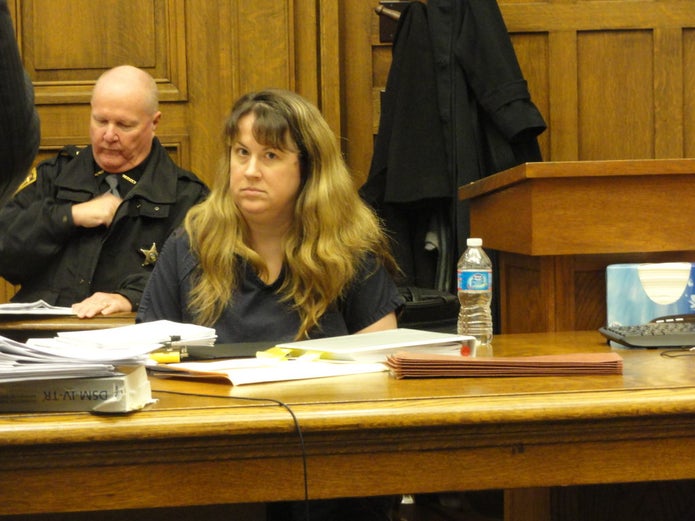 When a marriage dissolves, it has some rather far-reaching consequences. In most cases, there are divorce hearings and custody battles and all sorts of bitterness in between. But a few people also choose to take a rather unusual and dangerous route to get rid of their spouses with the help of a murder for hire plot. In this article, we discuss one such case that appeared on ‘Dateline: The Eastlake Conspiracy.’

Who is Christine Metter?

Christine Metter hails from Beachwood and was married to David Metter; the couple has four daughters. They separated in January 2009. The ex-husband called her a good mother but said that things changed soon after the divorce. One year, their then 13-year-old daughter missed 30 days of school one year. Following this, he won custody of the child and was in the process of doing the same for his other daughters.

Around this time, Christine Metter (then-41) got in touch with an old high school friend of hers, Patrick Sabo, in May 2011. They were discussing her issues over Facebook messenger, which is when he said, “Save your money and hire a hitman! LMAO.” She replied, “Lol.” After this conversation, Christine asked Sabo to have dinner with her and her father, Al Zombory.

That night, at a Lake County restaurant, the father immediately conversed about getting David killed. They even offered Sabo $50,000 as payment. After dinner ended, the acquaintance contacted the police, who instructed him to tell the pair that he had found a more suitable candidate for the job. Soon, a clandestine operation was carried out. The former husband was made aware of the scheme, and Detective Christopher Bowerstock went undercover as the hitman.

On June 3, 2011, the cop, still playing the part of the hitman, told Christine and Zombory that the job had been done. He even produced a photoshopped picture of David with a bullet hole in the head and blood all around him. In the audiotape, the “hitman” is heard saying, “I shot him in the head like you guys wanted me to do,” which the father also acknowledged.

In another portion of the audio, the payment was discussed. You see, Christine Metter was the beneficiary of the $1.5 million insurance policy that was in David’s name. The cop said, “I want $100,000. When does this policy come due?” Zombory stated, “Well, after they find him, OK?” Following this, Eastlake Police arrested the father-daughter duo.

Where is Christine Metter Now?

At her trial, Christine Metter pleaded not guilty. She said, “The past nine months have been a living nightmare with the girls and I separated. Please, your honor. Let me prove that I am still a valuable member of society.” Her lawyer, S. Michael Lear, stated that the father had manipulated his client. Her sister, Elizabeth Kiley, attested that Christine was a great parent added, “They miss their mom. They want their mom, and they need their mom.”

Apart from this, Christine stated in her testimony that David had been an abusive husband over the course of their marriage – “He shoved me into the door, he hit me in the head, he kneed me in the stomach.” She added that he had a relationship with a coworker in the year 2000, and went on to hire her when he started working at a new company. The defense attorney also went after Sabo, stating that the friend just wanted fame.

However, all these claims did not stick, as Christine was found guilty on charges of conspiracy to commit aggravated murder. She was sentenced to 10 years behind bars, which is the maximum verdict for the offense. Lake County Judge, Eugene Lucci, said, “I find an appalling lack of remorse. This … was done more as a revenge for David Metter’s persistence in looking out for his daughters.” Her release is scheduled for 2021. She is reportedly carrying out the sentence at Northeast Reintegration Center in Ohio.