Where is Cosmo DiNardo Now? 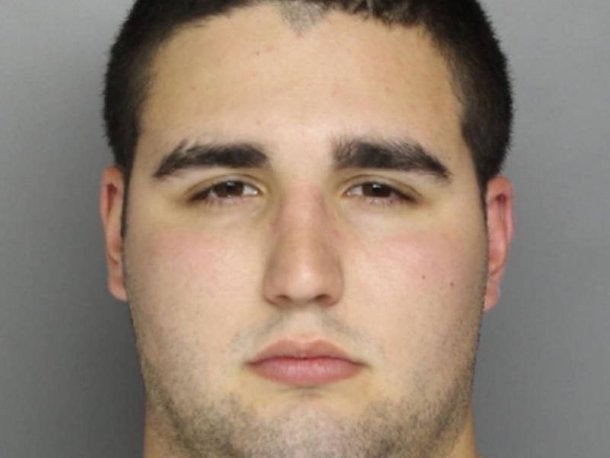 ID’s ‘The Lost Boys of Bucks County’ features the killings of Dean A. Finocchiaro, Thomas C. Meo, Jimi T. Patrick, and Mark R. Sturgis, from Pennsylvania. The confession of DiNardo proved instrumental in understanding, not only the details of the murders but also about the history of mental illness, that was alleged to have played its part in the murders.

Who is Cosmo DiNardo?

Cosmo DiNardo, from Bensalem, Pennsylvania was charged with homicide, conspiracy to commit murder, robbery, and possession of instruments of crime, concerning the disappearances and deaths of four young men from Pennsylvania. The murders which occurred in July 2017, saw its partial closure when DiNardo was convicted and sentenced to four consecutive life terms in prison. His arrest and confession was only the beginning of what was yet to come.

He managed to escape the death penalty by revealing the location of where Jimi Patrick was buried. The District Attorney Matthew Weintraub said he won’t ask for the death penalty, provided Cosmo reveals where Patrick’s body was buried. Initially, he was not arrested with relation to the murder, but for possessing firearms, especially since he was forbidden to do so, as a diagnosed schizophrenic individual. Later, one day after his confession, he was charged with four counts of criminal homicide, abuse of a corpse, conspiracy to commit murder, and 12 other charges. In May 2018, he pleaded guilty, to four counts of murder. It was after this that he was sentenced to prison.

In the wake of his arrest and conviction, what also come to light was his history of several mental health issues. In fact, based on reports, on 6 July 2017, one day after his first murder he had an appointment with a psychiatrist he was seeing at the time named Christian Kohler. DiNardo was being treated for bipolar disorder, schizophrenia, and schizoaffective disorder.

The previous year, in November 2016, he was also committed to a mental institution for his condition. Even though he was released later, he was on anti-psychotic drugs. Allegedly, he had a previous track record of being abusive and getting physical, even with his father and mother. Around the time of the murders, Kohler had allegedly stated that DiNardo’s condition was getting better and that he was in remission for bipolar disorder. As per a lawsuit filed by Cosmo’s parents against Kohler, he had completely stropped administering medicines to DiNardo, which they believe was the reason, Cosmo committed the murders. DiNardo’s mother said, “ My son wasn’t this horrible animal that everybody says he was. He lost his life a year before those kids. He’s a prisoner in his own brain. He’s lost forever.”

Where is Cosmo DiNardo Now?