Where is Dale From Hoarders? 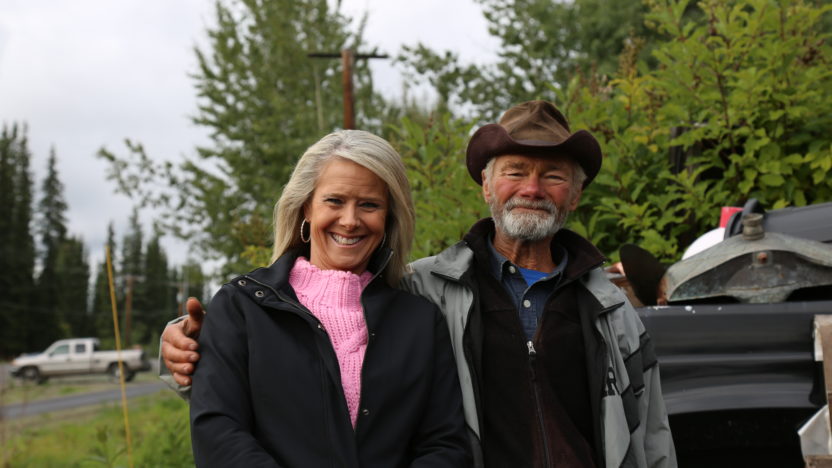 ‘Hoarders’ underscores a severe problem among several individuals, who cannot bear to part with their belongings. No matter what, they keep collecting the items until they don’t have any spaces in their homes. Cluttered residences are one of the many threats hoarders live with, and they often run the risk of being buried under junk. Dale Calhoun has a severe hoarding issue, and reaching out for help does not do him much good either. So, where is Dale today, and what is he up to?

Where is Dale Today?

Dale used to be an Army veteran and lives in Fairbanks, Alaska. He packed his 3,500-square-foot home completely with junk. Calhoun’s hoarding problem is so serious that he lives outside his own house. When we see him, Dale lives in a rotting trailer on the premises, because the junk hasn’t left any space for him. Naturally, there’s a concern that he might not survive the winter in the ill-equipped trailer, which offers no protection.

Worsening matters, Dale’s utilities like water, gas, and electricity don’t seem to work. They have been cut off since Dale is too embarrassed to have personnel come in and fix things. With winter approaching, Dale agrees to turn things around. We learn how his wife left him and passed away, and his daughter, who he was living with, also died. A broken-hearted Dale started hoarding as a coping mechanism. However, when it is time to help Calhoun, one of his daughters, Dee, flies in from Missouri.

Service members from Fort Wainwright, the local base, volunteer to help the Army Vet. Together, they manage to clean out a bit of the junk. While the matter is nowhere close to being resolved, it gives Dale a fighting chance during the approaching winter. When we leave him on the show, it remains unclear if Dale will give in to his hoarding urges. He does undergo some changes, including self-acceptance.

Not much information is available by way of recent updates. However, we know that Dale remains at Fairbanks. He seems to work in the capacity of a safety officer at Larry’s. Understandably, Dale’s military background would make him well-suited for the task. His work profile does not indicate how long Dale has been at the job.

Dale’s story is not so different from the other hoarders’. However, he has sought help and recognized his problems. At one point, Dale is told that ‘hoarder’ is not a term of judgment, just a description of what he does. With this newfound acceptance and changes, one expects Dale Calhoun to have turned a new leaf in his life.

Read More: Where is Sandra Cowart From Hoarders?