Where Is Dale Sigler Now?

Directed by Itamar Klasmer, Netflix’s ‘I Am A Killer: Released‘ is a true-crime documentary series that follows the story of a man who was convicted of committing premeditated murder in 1991, and was sent to jail for it with a death row on his hands. However, this convicted murder, Dale Wayne Sigler, got his sentence reduced to life and then managed to be one of only seven to walk away to true freedom. He got parole. Revolving around his journey of readjustment to life after being isolated within four walls, this series is as riveting as it is entertaining.

Who Is Dale Wayne Sigler?

As Dale mentions in the series, to understand him and his motives, you need to first understand his past. Born May 10, 1967, in Danville, Illinois, Dale’s childhood wasn’t as happy as others’. His mother got pregnant for the first time when she was 15, so she was just a child raising another one. And, his father, he ended up losing his job when he and his siblings were kids. The lost job made his father frustrated and abusive to such an extent that his mother slept with a butcher’s knife under her pillow because of the fear. All Dale saw growing up was his mother’s black and blue eyes, split lip, and pain. That messed with his head. And, it only got worse when he was molested by a family member at the age of 10.

Dale tried to talk to his mother about it, but she got overwhelmed and left the room. He felt subdued and secluded. All this trauma pushed Dale into a life of crime. As a teenager, he turned to drugs and committed petty offenses. His juvenile record shows that he was placed on probation for two felony arrests for burglary. His probation officer from that time has also stated that he committed at least three more burglaries, for which he was incarcerated in a juvenile hall. By the time Dale was 20, he had moved to Arlington, Texas, and was living on the streets. He was abusing alcohol, drugs, and was stealing to ensure his survival. Dale also has a prior incident on record in Texas – a shoplifting charge at a K-mart.

It was in 1990 that he moved up and committed murder. On the afternoon of April 6, Dale and his friends were “drinking beer, whiskey, smoking marijuana, smoking speed, and doing lines of speed,” according to court documents. After that, Dale said that he was so drunk that he could rob someplace. One of his friends suggested his place of employment, a Subway sandwich shop, and gave Dale all the details, while another handed him a .45 gun. Dale even said that he would kill the employee there, John William Zeltner Jr., if necessary. The next day, he boasted about both the robbery and the murder to his friends “in great detail” and “without remorse.” Dale wasn’t even surprised when he was caught by the police and arrested for murder.

Where Is Dale Sigler Today? 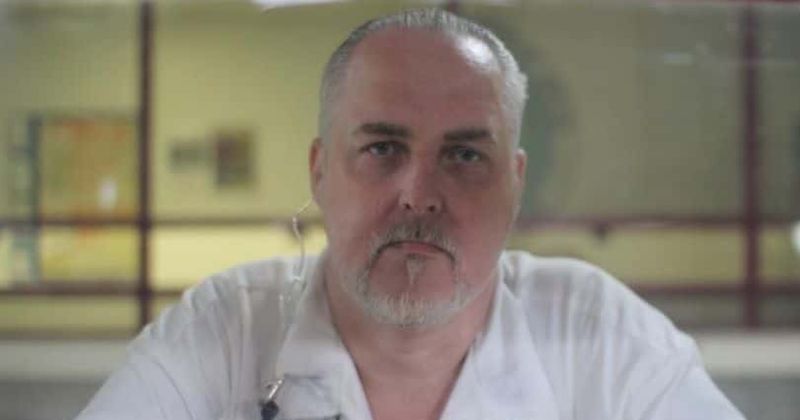 Dale Sigler, at that time, at the age of 21, wanted to die. He was completely aware of his actions while committing his crime, which is why, in 1991, on March 1, when he was found guilty of premeditated murder and sentenced to death with a lethal injection, he was completely calm. He didn’t mind it, at all. In fact, he embraced it. He was tired of living his emotional, lost, and distracted life. He was tired of the trauma that followed him and wanted to let go of it all. However, when Dale did get on death row, he suddenly wanted to turn his life around. He prayed to God, cried to him, and then started hearing a voice inside his head that told him not to give up. And so, when in 1994, he was re-sentenced to life in prison with the possibility of parole in 30 years, he made the most of it.

Even in prison, Dale dedicated his life to God and Faith. So much so, that he became an ordained minister. So, obviously, when he got out, that’s the path he wanted to focus on. In 2019, when Dale Sigler got parole, he started living with his pen-pal, his second mother, Carole Whitworth. He knew that his readjustment period would be tough, but he didn’t comprehend just how much. Without any experience, getting a stable and secure job in a company is difficult, especially considering his restrictions under the Super Intensive Supervision Parole Program. And, adding to that are all the changes and advancements in the world, especially in technology.

All this has restricted Dale in what he can and cannot do. But now that he is able to go to church and socialize, and tell his story – the real story of why he killed John, not the one mentioned in court records – he hopes to be better and do better. From what we can tell, Dale is still looking for a job and he is still living with Mama Carole. He also keeps his hopes of traveling and maybe one day becoming a truck driver alive. As he has studied from the College of Biblical Studies in Houston, Texas, we have no doubt that, if he sets his mind to it, he would be able to open the Ministry that he talks about – to help and educate the younger generation to ensure that they stay on the right track.

All Dale wants to do now is help others and give back to the community and the people who are ready to give him a second chance. It will be a long road, but it seems like Dale Sigler is on the right path to forgive himself. He will always have the tag of convicted murderer on his head and he will always be on parole, and we’ll be honest, it might hinder him from getting his own place, the insurance or the medical coverage that he wants. But, with time, things might just improve for him. We just hope that he doesn’t slip back to his old ways and keeps an open mind about all the communities around him. (Featured Image Credit: Netflix)

Read More: Who Is Carole Whitworth? Where Is She Now?