Where is Daniel Myers Now? 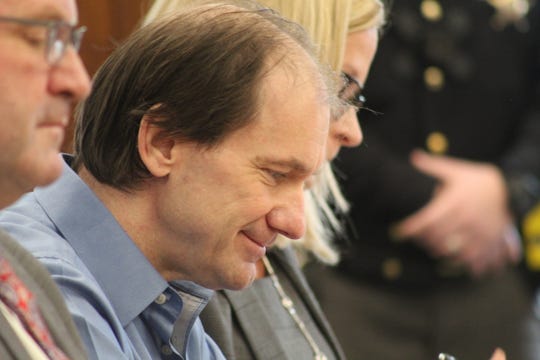 ’48 Hours’ retraces the brutal death of a 28-year-old single mother who was returning back home. Not only was Heather’s death painful to her family, but the investigation of her murder was also quite complicated. In fact, it included a botched investigation, which later resulted in the arrest and conviction of the police officer who was in charge of the case.

The shocking note came much later, when the identity of the real killer, Daniel Myers, was revealed. However, the fight for justice is still not over for the sister of Myer’s ex-girlfriend, who is convinced to this day that Myers killed her sister.

Who is Daniel Myers?

Daniel Myers was found responsible for the murder of Heather Bogle, a 28-year-old mother. Bogle had gone missing on 9 April 2015, and her body was found the next day in the trunk of her car, a mile away from the factory she worked at. She had been violently beaten and had two bullets in her back. Although the initial part of the investigation led the case off the right track, it eventually found incriminating evidence against Daniel Myers, who worked at the same Whirlpool plant as Heather.

The DNA found from Heather matched with that of Daniel Myers. The police investigators, headed by Sheriff Chris Hilton, arrived at Myers as a suspect due to a GPS location trace of Heather’s social media and Gmail after she got out of work on the day of the murder. They were able to trace her location to Myers’ trailer. After they approached him, Myers also made a very suspicious remark. Based on a recorded conversation, he said, “I guess it’s a little odd that you know, you guys are …  I know it’s cold case, and you guys are just, you know, grasping at straws trying to figure out.” Later, his DNA was collected, and it turned out to be a match. Subsequently, the investigators also found that he had changed the floorboards and his mattress after Heather’s death. Furthermore, they also found women’s undergarments in his trailer. The odd thing was that Myers had contributed $ 125 to Heather’s GoFundMe page that was set up to help her daughter, and had even signed her funeral registry.

Daniel Myers was then arrested and charged with Heather Bogle’s murder. If found guilty, Myers could have received a death penalty. However, in February 2019, he pleaded guilty to the murder and was subsequently sentenced to life in prison without parole. After his arrest, several women allegedly came ahead to state that they had been raped by Myers.

After this, an investigation was opened into the death of his former girlfriend and mother of his child, Leigh Ann Sluder. Her death was ruled as an accident when she was found dead in February 2009. According to reports, she had shot herself in the chest with a gun. Her sister, Loriann Haley, has always believed that Myers was responsible for her death. She said, “It’s just sad that the justice system wasn’t on our side … I know that he killed her; he knows it. The problem is, you can’t prove it.” She further stated her sister hated guns and never indicated that she was unhappy or depressed, even hours before her death when the two talked.

Where is Daniel Myers Now?

Daniel Myers continues to serve his life sentence in prison. As far as Sluder’s investigation is concerned, no new links have been found. (Feature Image Credit: Craig Shoup/The News-Messenger)