Where is DJ Henry’s Family Now? 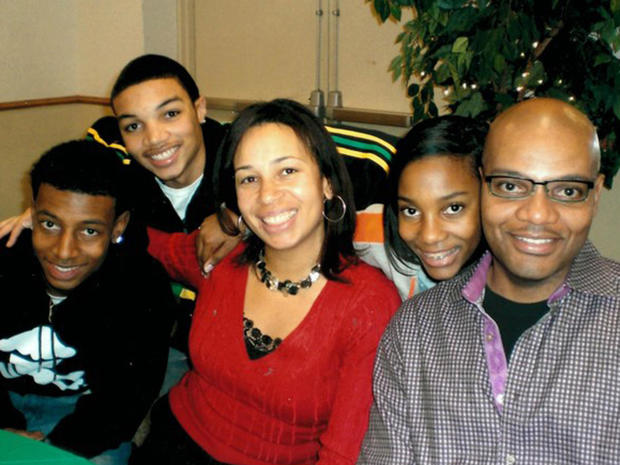 ‘48 Hours’ presents the death of Danroy “DJ” Henry, who died at the hands of a police officer his car allegedly hit. The segment specifically highlights the trauma and agony DJ’s family went through when they received his untimely death. The years after DJ’s death have not been the same for them, and have been riddled with their struggles to learn the truth and receive justice for DJ.

DJ’s father, Dan Henry, was a human resources executive, whereas his wife, Angella, a dedicated homemaker, focused on the upbringing of their three children. DJ, was their oldest son, followed by Kyle Henry and Amber Henry. As a family, they raised questions regarding the nature of DJ’s death, and why it was posited as an attempt by DJ to run over a police officer, which was unlike the kind of person his family knew him to be. Dan Henry, in ‘48 Hours,’ said, “We were pushing hard against a very strong current in those early days because they’d beat us out there with a narrative.” He was referring to the press conference that was held after DJ’s death, in which Police Chief Louis Alagno said that DJ had been shot at because he sped towards a police officer who had no choice but to shoot at the vehicle as he was propelled on to the vehicle’s hood. The family found it quite concerning that they went ahead to make a public statement of the sort without consulting the family.

In the riptide of arguments posited by the police and DJ’s friends, they did not know what exactly to believe. DJ’s friends alleged that the claims made by the police were wrong and that DJ’s death was a case of sheer police brutality. This is when they sought the help of Michael Sussman, a reputed civil rights attorney. In the segment with ‘48 Hours,’ he said, “I remember in that first meeting Danroy looking at me and saying to me, “I don’t wanna make this about race. … I don’t want that to be the narrative. … I wanna understand the details of why it happened.” Thus, the family whether it be in the wrongful death lawsuit they filed or their other battles, have been consistent in asking questions about the death of their son. Even though they received $ 6 million, after the settlement of the lawsuit, Angella Henry said, “They want you to put a dollar amount on your child’s life. How can you do that? … There is no appropriate amount.” The family stated that they put the money in a trust. In the wake of DJ’s death, the family set up a charity, named ‘DJ Henry Dream Fund’. The charity provides financial aid to children to pursue their talents and dreams.

The DJ Henry Dream Fund is committed to continuing DJ’s love of sports and health lifestyles by providing Massachusetts kids ages 5-18 with funding they need to participate in community-based programs. Make a donation today in honor of DJ Henry. Help us continue to provide equal access to community based programs for all children regardless of their ability to pay. #iamdjhenry #danroyhenry #all4dj #djhenrydreamfund

Recently, DJ’s family expressed their desire for the case to be re-opened. Amber Henry, said, “We’re never anti-police, we’re anti-Aaron Hess because that is the man that decided to use deadly force and kill my brother.”

The shooting death of my brother DJ Henry in Pleasantville N.Y by officer Aaron Hess should be reopened, investigated and prosecuted. He was MURDERED , plain and simple. The town and the police tried in vain to cover it up. Justice. NOW.

She has also been quite vocal about it on her Twitter page. The DA’s office, however, said, “There have been no requests to the Office to reopen the case.” Additionally, it was also stated that new evidence would be required to reopen the case.

Dan Henry is right behind his daughter in supporting her statements on social media. Kyle Henry also posted about it on Instagram, stating that he is overwhelmed with the support they have been getting for DJ’s cause in the ‘Black Lives Matter’ movement.

I am completely overwhelmed by the recent support and extremely thankful that my brothers name is being brought back into the light. We must continue to say his name. We must continue to educate others around us. The fight doesn’t stop when the protests stop. We need to defund the police. The LAPD budget is 1.1 billion. NYPD is 6 billion. Just two examples. Defund them. Ruin their pockets. Keep speaking up, making noise and spreading awareness. We are paying these corrupt humans billions to protect us and they turn around and continue to slaughter our people. A REAL change is coming and people are beginning to understand how powerful we can be if we use our voice as a weapon. I love and appreciate every single one of you who continues to help spread the word about my brothers story. We will keep his name alive forever. The mission is to get my brothers case reopened and the person responsible for his death, Aaron Hess, behind bars. Click the link in my bio to help. DJ HENRY FOREVER

The family is thus, on a compelling path to make what happened to DJ matter and earn the justice they think he deserves. (Feature Image Credit: Angella Henry/ 48 Hours)