Where Is Dr. Bradley Miller Now? 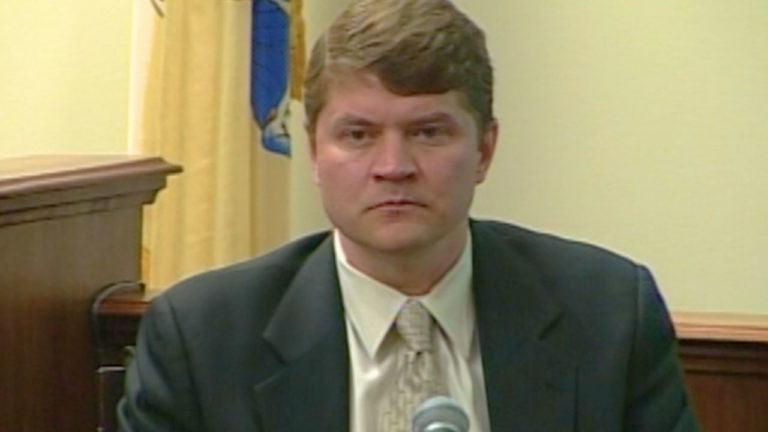 In ABC’s ’20/20: Interview with Melanie McGuire,’ the “suitcase killer” gives her first on-camera interview since she was sentenced to life in prison in 2007 for murdering and dismembering her husband, William “Bill” McGuire, in their home in New Jersey. She opens up about her tumultuous relationship will Bill, their marriage, her affair with a doctor with whom she worked with, Dr. Bradley Miller, and how that led to her wrongful conviction. After all, to this day, she maintains her innocence and hopes that one day soon, she would be able to see life outside the four walls she’s confined in. But, we bet, that like us, you’re curious to know more about Dr. Bradley Miller, right? So, here’s what we found.

Who Is Dr. Bradley Miller?

Dr. Bradley Miller, an endocrinologist, obtained his undergrad and medical degree from Wayne State University School of Medicine, Detroit, Michigan, and completed his residency in Obstetrics and Gynecology at the National Naval Medical Center Bethesda, Maryland. Then, he completed his fellowship in reproductive endocrinology at the Combined Federal Fellowship at National Institutes of Health, Bethesda, Maryland, before ending up as a partner in a fertility clinic, Reproductive Medicines Associate, in New Jersey. It was there that he met and fell in love with Melanie McGuire. At that point, both individuals were married, and Dr. Bradley even had three children, but it didn’t seem to matter.

In 2002, when Melanie was pregnant with her second son with William “Bill” McGuire, her relationship with Dr. Bradley evolved from co-workers who flirted to a full-on affair. Dr. Bradley said that he bought two pre-paid cellphones for them to communicate on and that they called each other at least 10-20 times a day even when they worked together. Soon, they fell in love and started planning on how to leave their respective spouses. But then, everything changed. In 2004, when Melanie decided that she would move out of the home she shared with Bill and into an apartment so that she could begin the divorce process, he closed on a bigger, nicer, family home for them. And so, she changed her plans and killed him.

When Melanie’s murder trial began in 2007, Dr. Bradley Miller testified to all their conversations during this period and even specified that he began doubting his lover a few weeks after Bill was found dead. But, he made it clear that their relationship lasted until June of 2005, until she was charged with first-degree murder. In court, he revealed that Melanie had always been apprehensive of divorcing Bill because she didn’t want to lose custody of her own two sons, implying that that’s possibly why she killed him. Of course, Dr. Bradley was a suspect and a part of the murder investigation as well, but there was no evidence that incriminated him, and so, he remained only a witness.

Where Is Dr. Bradley Miller Today?

Dr. Bradley Miller now resides in Troy, Michigan, and has moved forward with his life to the best of his abilities. As a board-certified reproductive endocrinologist with more than 30 years of experience, he is currently not only affiliated with medical facilities like the Ascension Providence Rochester Hospital and Beaumont Hospital, Royal Oak, but he is also the founding member of Reproductive Medicine Associates (RMA) of Michigan. His experiences in the US Navy, where he was the Director of the Assisted Reproductive Technology Program at Walter Reed Army Medical Center, the National Naval Medical Center, and the National Institute of Health, Bethesda, Maryland, have also helped him in furthering his career path.

We couldn’t find Dr. Bradley Miller on any social media platform, so we don’t know much about his personal life or his relationship with his children. But, what we can say is that he hasn’t let anything that has happened to him in the past stop him from looking ahead towards a brighter future. Apart from being the author of over twenty scientific articles and receiving various awards for his contribution to medicine, Dr. Bradley is also an ad hoc reviewer for the international journal Fertility and Sterility and is on the Alpha Omega Alpha (AOA) selection committee for the Oakland University William Beaumont Medical School. Once a month, Dr. Bradley volunteers his time at the Gary Burnstein Community Health Clinic to provide free medical care to those in need. (Featured Image Credit: CourtTV.com)