Who Is Dr. Eric Zielinski From Un(Well)? 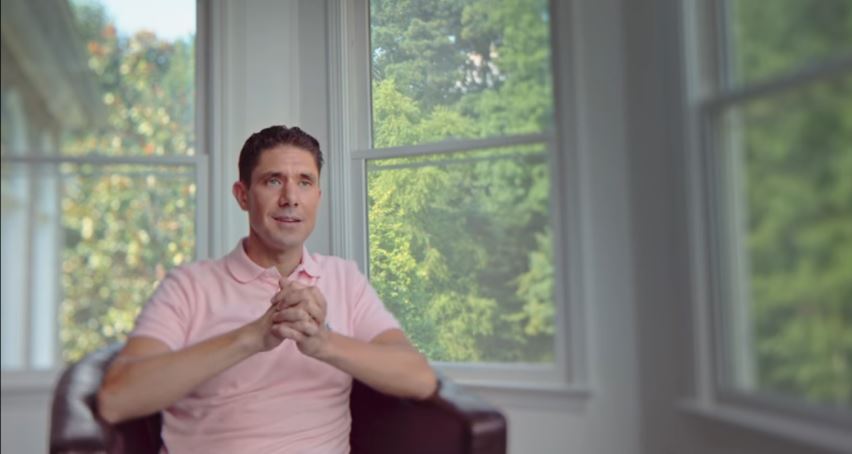 Netflix’s ‘(Un)Well’ is an extremely detailed docu-series about the different aspects of the wellness industry, and how it has had both positive and negative effects on its consumers. It’s not focused on scientific medicine, though, in fact, it doesn’t mention it at all. It only chronicles the traditional and clinically untried healing products. The very first episode of the series introduced us to the concept of Essential Oils, and how using it has almost become a lifestyle for some. One such individual, who has incorporated it into his very being, is Dr. Eric Zielinski.

Who Is Dr. Eric Zielinski?

Dr. Eric Zielinski, or better known as Dr. Z online, is Chiropractic Doctor and public health researcher, specializing in Aromatherapy and Biblical Health. According to his LinkedIn profile, he graduated from Wayne State University in 2002, with an Honors degree in English and Philosophy. And, after that, in 2014, he graduated from Life University as a Chiropractic Doctor, Researcher, and Nutritionist. Like Dr. Eric shared in the docu-series, his life has not been an easy one. He was plagued by gut disorders and skin conditions at an early age and was almost clinically depressed by the time he was a teenager. At 22, with addiction in the mix, he hit rock bottom.

Because he had tried to self medicate, he got into all the wrong things. He was smoking a pack of cigarettes a day, abusing alcohol, and taking narcotics like cocaine, ecstasy, and marijuana on a regular basis. Fortunately, at 23, in 2003, he had a spiritual revelation, let go of his habits, and turned to Christianity for good. Following that, he decided to do his part and to educate others on what to do and what not to do when it came to healing and medicine.

This, of course, was also pushed by his ambition and passion for a good life. Having grown up in the outskirts of Detroit, Michigan, and being the kid of a truck driver, Dr. Eric often used to wonder how he could do great things and make a difference without having a lot of the necessary resources. And so, he enrolled at Life University and started onto the right path. He was the CEO of Abundant Life Writing Solutions, an evidence-based natural health copy writing source on the internet, but after three years, he left it to focus on Natural Living Family.

Where Is Dr. Eric Zielinski Today?

Dr. Eric Zielinski and his wife, Sabrina – a certified group fitness and martial arts instructor, health coach, lactation consultant, and a natural health guru – started Natural Living Family in 2014, as an online education platform specializing in Biblical Health to ensure that their followers lived their best possible lives. They have created a series of practical and easy-to-view online programs and masterclasses so as to equip their users with all the necessary tools and guidelines to effectively do everything – from using essential oils to organic gardening to cooking gluten-free, healthy food.

Dr. Eric Zielinski says that the Biblical lifestyle is all about finding a perfect balance amongst all aspects of life so as to improve upon each area, which is why he does what he does. Although Eric’s company/website doesn’t sell essential oils, it does provide a lot of information on it – educating others and letting them make their own assumptions on what is good and what is not. Along with that, he has also authored a few books on them, including “Essential Oils Diet” and “The Healing Powers of Essential Oils.” As seen in the series, Eric still resides in Kennesaw, Georgia, with his wife and kids, and is adamant about continuing on with his work. (Featured Image Credit: Netflix)

Happy Birthday to one I love! Can't tell you how many people have told me over the years that I've "married up." I've gotten used to being known as "Mama Z's husband. 😉 One guy at conference we went to last year told a group of us standing around him the story of meeting Sabrina for the first time… "When this gorgeous women walked into the room, I recognized that it was Sabrina from the pictures I've seen of her. She lit the place up with her radiant smile and beauty. Then I thought to my self, "D*#n… Eric is d*#%n good salesman!'" #truestory To all the salesman out there who married up, CHEERS! 😉