Where Is Elijah Andrew Johnson Now? 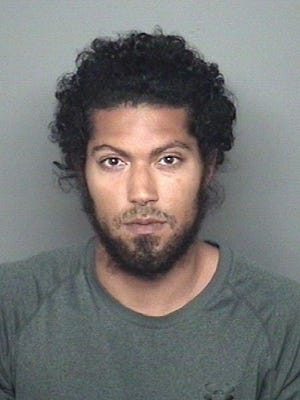 Investigations Discovery airs a plethora of true-crime series. ‘The Murder Tapes’ is yet another addition to this list. The series investigates homicides by analyzing real video footage to bring the audience up-close with the most horrific murders. The episodes, each 40-45 minutes long, entail bodycam footage extracted from crime scenes, clips from surveillance footage, and recordings from interviews or interrogations. The series also uses first-hand accounts derived from interviews of victims of the crime or the people who were impacted by it.

The fourth season of the series features the murder of Byron Edwards, a resident in Evansville, Indiana. He was stabbed repeatedly by fellow Evansville resident Elijah Andrew Johnson who later cleaned the scene and escaped only to be caught by the police a few days later. Let’s find out more about the convict of this gruesome murder.

Who Is Elijah Andrew Johnson?

Elijah Andrew Johnson was arrested on December 29, 2017, on charges of homicide for the murder of Byron Edwards. Byron Lee Edwards was discovered deceased at his residence, 204 Read Street in Evansville, Indiana. On November 22, 2017, Evansville Police were contacted by Edwards’s relative who claimed that they had not had any contact with him for the past few days and had not heard from him. The relative had also reported seeing blood in the apartment. When the police arrived outside Edwards’s home, the relative met with them and told them about their observations. The police entered the residence to find Edwards’s lifeless body along with some traces of blood.

The police also identified stab wounds on the victim’s dead body which led them to believe that the death had occurred under suspicious circumstances. On November 23, 2017, an autopsy was conducted which confirmed the cause of death to be multiple sharp force trauma. Vanderburgh County Coroner Steve Lockhart informed the press that Edwards’s death had been ruled as a homicide and the police were investigating further into the case. They received a search warrant which allowed them to search the premises of Edwards’s residence thoroughly. The search yielded fruitful results in the form of evidence that helped the police track down Johnson.

Where Is Elijah Andrew Johnson? 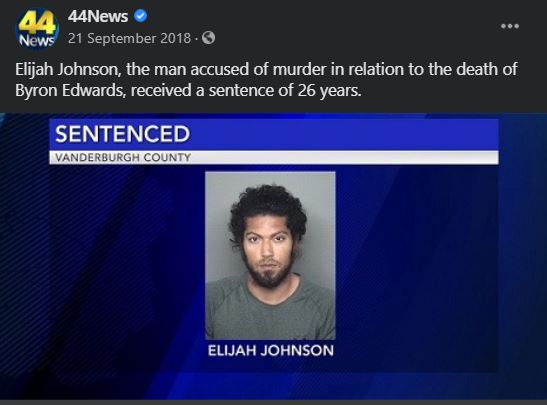 In September 2018, Elijah Andrew Johnson was sentenced to 26 years of prison after he was convicted for the murder of Byron Edwards on November 20, 2017. The verdict came after almost a year of the crime. Johnson was arrested on the charges of murder. He was interviewed by the police on December 29, preceding his arrest. In the interview, he admitted to having stabbed Edwards multiple times. It was also later revealed that Johnson had tried to dispose of all possible traces of evidence. He had worn gloves and cleaned the house and thrown out the things he had touched, in the trash.

Johnson initially maintained that he stabbed Edwards in self-defense. However, the evidence stacked up against him said otherwise. Edwards had been stabbed about 20 times. At the time of his arrest for murder, Johnson was already being held at the Vanderburgh County Jail on an unrelated battery charge since November 26. Following the interview, he was taken back to the same jail. Elijah Johnson is currently serving his 26 years sentence.

Read More: Byron Edwards’ Murder: How Did He Die?