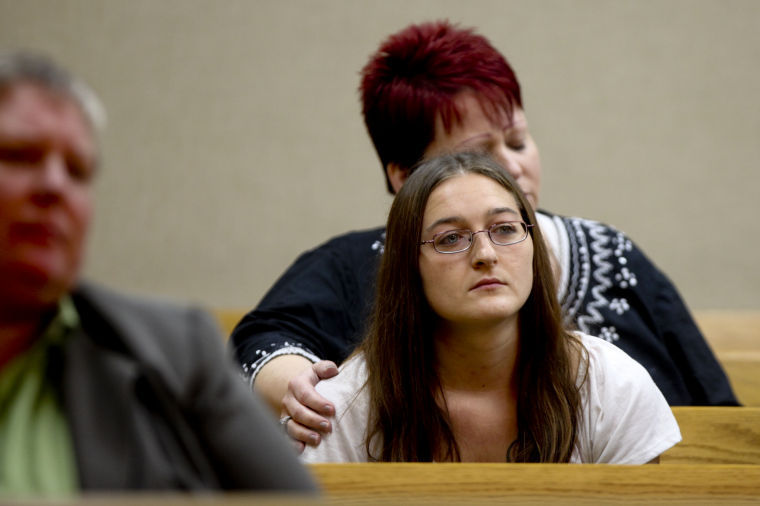 Investigation Discovery’s ‘Your Worst Nightmare: Do You Love Me?’ chronicles the tale of how Jeanne Elisabeth Smith, 57, was murdered by her husband, Michael Alan Iseman, 44, just a month and three days after their wedding day. For Jeanne, love had always been a losing game, and as much as she cherished the bond that she had with her two daughters, romance was something that she craved. But, alas, in the end, her love, instead of just being toxic, turned deadly. This episode highlights all of this, along with how Michael had also attempted to kill one of Jeanne’s daughters, Elisabeth Marie Wood, after finding her asleep on the couch. Fortunately, though, Marie survived, and now, she tells the tale of what exactly transpired that day.

Who Is Elisabeth Marie Wood?

Elisabeth Marie Wood was just 23-years-old when an attempt on her life had been made. She was living with her mother at the time, at her Seventh Street home in Roanoke, Virginia, while also happily caring for her nephew, Jacob. After all, it seemed as if her sister, Anna Wood, had taken after their mother when it came to bad relationships. Because of this, Jeanne’s new husband, Michael, was court-ordered to stay away. He had previously been convicted of an assault and was not allowed to be near a child. And so, for weeks, Marie didn’t see or hear from her step-father, but, ultimately, when she did, it was not in a good way.

On November 6, 2013, Elisabeth Marie woke up well before dawn to find out that her step-father had settled himself on the sofa where she had been sleeping, and that he had his face remarkably close to hers. “Do you love me?” are the words he whispered to her, as her nephew slept just a few feet away. And then, being shocked, confused, and scared, when she failed to immediately respond to him, he began stabbing her, repeatedly, with the head of a screwdriver. Michael delivered 22 cuts, all over her face, neck, chest, and back, before he turned around and left the apartment. Somehow, Marie, still alive, got emergency responders to come to her.

When the police and the paramedics arrived, they took care of Marie, saw that her nephew, Jacob, was left unharmed, and then made the horrific discovery that Jeanne had been stabbed and strangled to death by Michael hours before. She was lying on the floor of her bedroom, covered in blood, and unresponsive. It is believed that Michael used the same screwdriver against her. As Marie was taken to the hospital and made to recover, she answered all the questions posed by the officers, helping them in arresting him.

Where Is Elisabeth Marie Wood Today?

When the time came for Michael Alan Iseman to go to trial, Elisabeth Marie Wood refused to testify. However, the prosecutors did make a statement on her behalf and revealed that many of her stab wounds were nearly fatal in nature. It was just pure luck that the angle of the screwdriver changed directions and didn’t make any damage too permanent. Although Marie, now 30, is physically healed, the injuries to her mental well-being are a completely different issue. Not only does she have to deal with the scars on her body, but she also has to live the rest of her life without her mother, who was taken away from her too soon. We’ll be honest, we couldn’t find Marie on any social media platforms, indicating that she prefers to live her life away from the spotlight and prying eyes. So, we just hope that she is recovering, in every sense of the way. We’re sure that it’s a long process, but we are rooting for her. (Featured Image Credit: The Roanoke Times)