Where is Feliks Zemdegs Now? 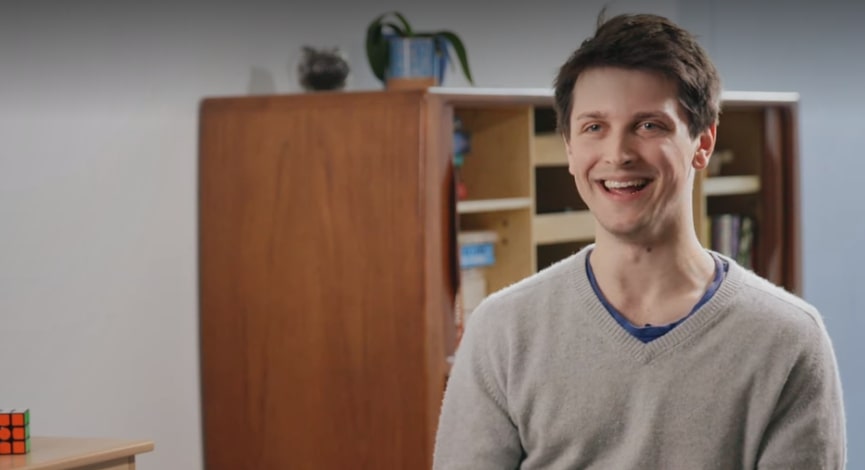 Netflix’s ‘The Speed Cubers’ takes us into the lesser-known but highly-competitive world of speedcubing. As in any sport, there are giants here too. The names that emerge are Feliks Zemdegs and Max Park. Their rivalry and underlying friendship, along with Max’s hero-worshipping of Feliks, make up much of the documentary.

We learn about Feliks’ passion, from the first time he solved the cube. While his parents might have thought it to be a passing phase, a hobby picked up and discarded by a child, Feliks remained dead serious about it. He just wanted to get faster, and eventually became fast enough to make and break world records. With the press at his door, Feliks’ parents became his managers, as the boy was thrust into the global spotlight. Feliks only had one word of advice – practice.

However, after a nearly unbeaten run, Feliks met his match when Park started bursting onto the scene. The latter went after almost all of Feliks’ records and broke them. However, the former had respect and even affection for Park despite the losses. Unfortunately, with age, Feliks slowed down a bit and did not perform too well in the 2019 world championships. Nonetheless, he made one thing clear. Speedcubing is his passion, irrespective of what he does in life. So, what is Feliks Zemdegs up to now?

Where is Feliks Zemdegs Today?

Feliks was born in Melbourne to Rita and David, who soon realized that their son would not get bored of solving the cube. Eventually, it was the world championship in Melbourne, where Feliks did not fare too well. Nonetheless, before that, he proved himself as a behemoth with records that remained unbeaten. Even at the peak of Park’s career, the Australian speedcuber held on to some titles. Feliks has the distinction of being the only speedcuber to win the World Cube Association World Championship twice. You can see his excellent record here.

We learn that as speedcubers grow up, they slip in their rankings because other responsibilities kick in. They simply don’t get as much practice. However, Feliks has tried to remain as competitive as possible, and in November 2019, he broke his own 3*3 average record, again. It memorably marked the 10th anniversary of him breaking a record.

Feliks has studied commerce at the University of Melbourne, majoring in economics, while also expressing an interest in Mechanical Engineering. The highly logical nature of the former subject drew the speedcuber. We learn that he’s done an internship in a finance company in Sydney, and also joined the world of finance eventually.

Going by his work profile, he’s interned at Future Fund Management Agency, in the Investment Strategy and Risk department. He’s also worked as a Graduate Trader for Optiver Asia Pacific. Currently, he is employed as an Alternatives Analyst at Future Fund. He has been at the job for seven months.

Despite a busy work life, his love for the game has not diminished. See a post from Feliks where he’s at a speedcubing competition.

Of course, more recently, he has turned his attention to promoting the Netflix documentary that narrates his and Park’s story. You can see the post he’s put up, asking people to check out the trailer.

Quick message from me & Max. Head over to YouTube tonight/tomorrow to see the trailer on our channels! 😀

Zemdegs is a true legend, who has left his mark on speedcubing and continues to follow his passion.