Where is Heather Heyer’s Mother Now? 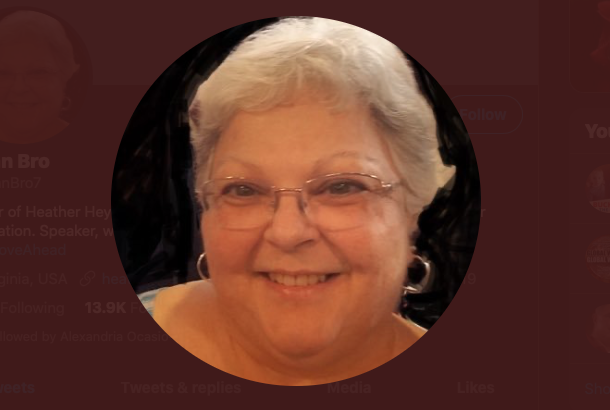 The incident that took place in Charlottesville in August 2017 will forevermore be a dark patch on the escutcheon of the community. Heather Heyer was the unfortunate victim of an extremely radicalized James Alex Fields Jr driving his car into the crowd at a peaceful protest. Investigation Discovery has explored the event and its aftermath in their new two-hour documentary called ‘Impact of Hate: Charlottesville.’

Who is Susan Bro?

Heather had personified the notion of standing up for what is right, despite the consequences. Her mother, Susan Bro, has put her best foot forward to honor her legacy. She lost her 32-year old daughter because she chose to stand up to the hatred and bigotry present in the world today.

“We want to show others that there are serious consequences for actions of hatred and violence,” Susan Bro, the mother of Heather Heyer, said. https://t.co/Ky8BTqydrG pic.twitter.com/NpH4EZGGiX

In an interview with HuffPost, Susan said, “I don’t want her death to be a focus for more hatred, I want her death to be a rallying cry for justice and equality and fairness and compassion.” In 2017, Heather was posthumously awarded the Muhammad Ali Humanitarian Award for Social Justice, and it was Susan who collected it. At the ceremony for renaming Fourth Street to Heather Heyer Way, she was present and spoke words of gratitude and encouragement.

Susan is an advocate for common-sense gun laws. She stated that she had grown up around guns all her life, but extreme measures were not needed. She also said that the debate around the subject was necessary, but it needed to be peaceful in nature.

"What [Heather Heyer] did mattered, and yet at the same time she is not the point," Susan Bro, whose daughter was killed during the Charlottesville rally three years ago, says striving for racial justice is the best way to honor her memory. https://t.co/tzXYvxKN2u

Where is Susan Bro Today?

A GoFundMe page for Heather’s funeral expenses raised more than $100k in 24 hours. So, Susan Bro started the Heather Heyer Foundation in conjunction with Alfred Wilson, her boss. The foundation provides scholarships to people who wish to fight against social injustices, especially through education in the fields of law and social work. She still leads the organization.

Fields was awarded a life sentence for 29 federal hate crime charges. At his sentencing, she stated that while she did want him to spend his life behind bars, she hoped he could heal himself and others. She told CBS News, “I never wish for the death penalty and still don’t. I would like to see him change in time from a white supremacist to someone who helps bring others away from white supremacy.”

According to her Twitter bio, Susan is now a speaker, writer, activist, and author. She is active on the social media platform, and she champions the causes of social justice and the betterment of society in a manner similar to her martyred daughter.