Where is House of Ho Filmed? 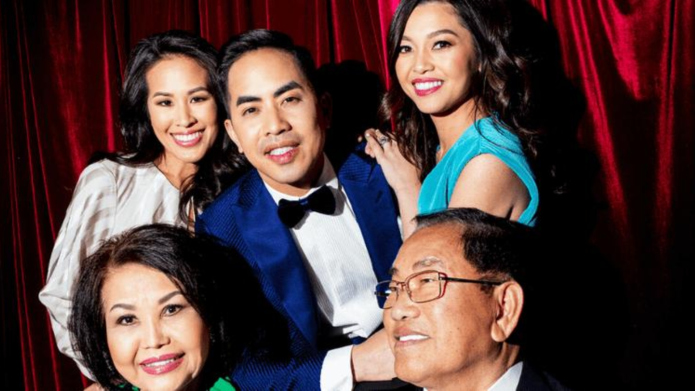 Reality TV’s obsession with the wealthy and influential need not be stated. There is some form of wishful charm attached to watching how ultra-rich people lead their lives. One popular example of reality shows that stroke such thinking is ‘Keeping Up With the Kardashians.’ There are countless other examples, with HBO’s ‘House of Ho’ joining the list in 2020.

One complaint that several people have had about such shows is the fact that they make viewers feel ungrateful for what they have. However, these series also depict how emotional bonds stay as important for people no matter how materialistically rich one may be.

‘House of Ho,’ according to many, gives the vibe of ‘Crazy Rich Asians.’ This is because it focuses on a super-rich Vietnamese-American family, the Hos. The family is headed by Binh Ho who immigrated to the United States from Vietnam along with his wife, Hue Ho. They have a bank and a real estate development company. The power couple has two kids: Washington Ho and Judy Ho. Judy Ho is a lawyer and mother of three kids. However, she is going through a divorce. Washington, on the other hand, is a father of two kids and married to a woman named Lesley Ho.

However, the Hos’ riches aren’t their only appeal. The family is also extremely close-knit thanks to tradition and some strict value-induction. Binh Ho is known to be a control freak, like most Asian parents. Hue Ho, on the other hand, is extremely invested in her kids’ lives. She often balances Binh’s controlling attitude and has done so the most when it comes to Washington’s hard-partying. Hence, there is a lot of family drama involved.

Several viewers would have wondered where the Hos live their lavish life. Since it is a reality show along the lines of ‘Keeping Up with the Kardashians,’ ‘House of Ho’ is set in the same place that the Hos live in. It is natural for viewers to wonder where the crazy rich, Vietnamese-American family stays and where the HBO series is filmed.

‘House of Ho’ is mainly filmed in Houston, Texas. Since the show follows the lives of the family members, filming is entirely carried out where they stay: in Houston. Here are some photos of the family shared by Washington Ho, on his Instagram handle:

It’s so hot outside…but there’s #covid19…Houston’s so lame…so many excuses to stay home and not be grateful for this wonderful city @houstonzoo. Getting the kids out of the house with the wife is one of the best and healthiest things you can do for their mental, emotional, and physical wellbeing. Try it and thank me later! #holife #dragonexhibit #familyovereverything #healthyliving

Happy birthday, Ong Noi and Ba Noi! We sadly lost my grandfather 16 years ago, but so grateful that my grandmother is still thriving at 95 and that they both had the tenacity to bring all 11 of their children to the US so many decades ago to pursue their version of the American Dream. It’s beyond important to always honor them and their strength.

Fresh water from the springs…a little therapeutic break and some beautiful nature on the way back home. #homeiswheretheheartis #deepintheheartoftexas❤️

Three generations of cháu đích tôn. Roosevelt took his #FathersDay firstborn grandson responsibilities very seriously. Not a sprinkle was out of place on the incredible cake he made for me and my Dad with Lincoln and @LesleyHo. #proudpapa #houseofho

Like we said, the Ho family has some strong family traditions and bonding:

Read More: Who Are House of Ho Cast Members?