Netflix’s ‘Hillbilly Elegy,’ an original to the platform, directed by Ron Howard, is an adaptation of J.D. Vance’s memoir, ‘Hillbilly Elegy: A Memoir of a Family and Culture in Crisis.’ It portrays the desperate attempts of an Appalachian family residing in Middletown, Ohio, as they try to pursue the American dream by following three generations of the family.

The youngest member of the Vance family, J.D. Vance, is the main character. In the family drama, J.D.’s relationship with his grandparents, sister, and most importantly, mother, Bev Vance, takes center stage. After all, Bev’s problems with substance abuse are what caused J.D.’s whole world to turn upside down. Let’s find out the current whereabouts of J.D.’s mother Bev Vance, shall we?

Who Is Bev Vance?

Bev Vance is a woman who worked as a nurse at one point in her life and valued education and integrity most of all. She was even the salutatorian of her high school class, but unfortunately, she had to postpone earning a Bachelor’s degree because she gave birth to her first child, a daughter named Lindsay, when she was just 19-years-old. Then, unlike her siblings, Bev succumbed to the statistical odds of growing up in an unstable home and recycled that with her kids.

She would subject J.D. and Lindsay to experiences of domestic violence, substance abuse, and instability as she never could hold onto a romantic relationship for too long. Bev, who learned how to be hot-headed from her mother, sadly took it one step further when she combined her attitude with her affinity towards drugs and alcohol. When her kids – Lindsay and J.D. – were growing up, instead of caring for them, she stayed out late to have fun.

When her father died, Bev developed a dependency on prescription pain medication, which eventually led her to use heroin – the substance she overdosed on when J.D. was at Yale. Thankfully, though, with Bev’s career and her mother raising her kids, they were able to learn the importance of intellectual abilities and be safe from harm.

Where Is Bev Vance Now?

Bev Vance, still residing in working-class Middletown, Ohio, is now doing much better than when her children were younger. A few years ago, she understood the extensive impact her actions had on her children, and because she wanted to be a part of her grandchildren’s lives for as long as possible, in a way that she wasn’t for her own brood, Bev turned over a new leaf. Bev went to a 12-step program, accepted the help she knew she needed, and became sober with the support of her loved ones. 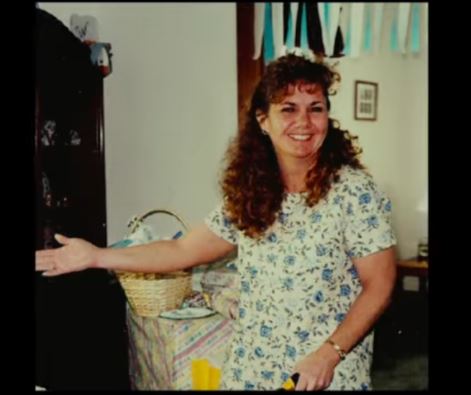 Today, it’s been over six years since she has even touched a drop of alcohol or any harmful/addictive narcotics. As for how she makes a living, even at her age, Bev is working, earning money by being a house cleaner and a bookkeeper, two of the most honest and humbling jobs known to us, in and around her residential area. Moreover, whenever she’s not busy with her occupation, Bev spends as much time as possible with her two children and five grandchildren, making up for all the lost time.