Where is Jeffrey MacDonald Now?

In February 1970, four people were stabbed in a family’s residence in Fort Bragg, North Carolina. It was almost a scene out of a horror movie and had transpired only a few months after the Manson murders. Three people died that night, and the homicide is still seen as one of the most gruesome crimes to have ever taken place in America. In this article, we take a look at the sole survivor of the incident, who is the subject of FX’s ‘A Wilderness of Error.’

Jeffrey MacDonald was born on October 12, 1943, in New York City, to Robert and Dorothy MacDonald. The family lived in Long Island. Jeffery attended Patchogue High School, which is also where he met his future wife, Colette, in the 8th grade. He was voted “most popular” and “most likely to succeed.” Apart from this, he was also the Senior Class President and the football team captain.

Due to his brilliant academic record, Jeffery was able to secure a scholarship to Princeton University. It is during this time that Colette and he resumed their romance. The couple got married in 1963 when she was pregnant with their first child. Kimberley, their daughter, was born on April 18, 1964. 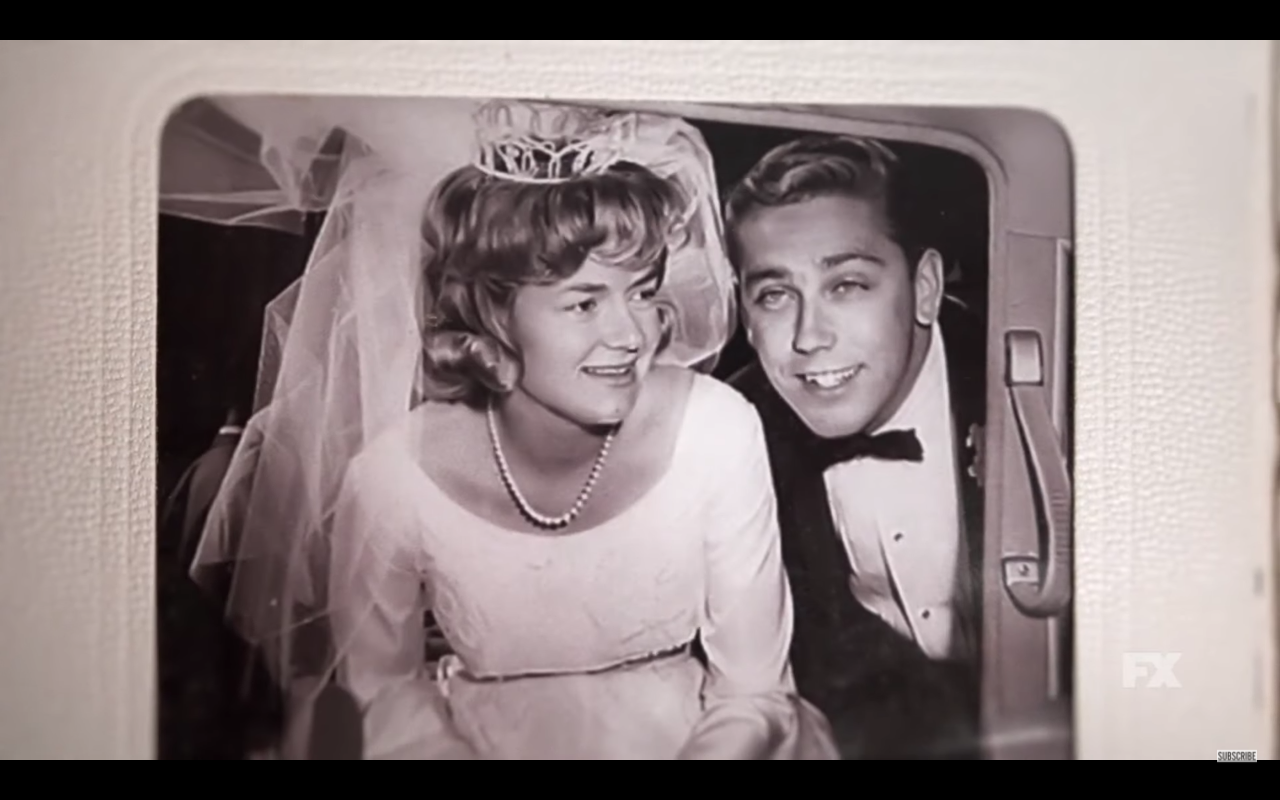 The father then pursued medicine at Northwestern University Medical School. Consequently, the family moved to Chicago. On May 8, 1967, the couple welcomed their second daughter, Kristen. After an internship with Columbia Presbyterian Medical Center, Jeffery decided to join the Army in 1969. They then moved to Fort Bragg, North Carolina. He was a surgeon and held the rank of Captain.

It seemed as though the MacDonalds were the quintessential American family. But a horrific crime occurred in their house on February 17, 1970. Colette, who was four months pregnant with their third child, had been stabbed to death 21 times with a knife and 16 times with an ice pick. She had also suffered blows to her arms and head and was found lying on her bedroom floor. It must be noted that the word “pig” had been smeared across the headboard.

Unfortunately, Colette’s daughters suffered the same fate. Kimberley was just 5 when she was discovered lifeless in her bed. She had been stabbed in the neck 8-10 times and had suffered blows to the head. 2-year-old Kristen was afflicted with 33 knife wounds and had also been stabbed 15 times with an ice pick.

The Green Beret doctor was the only one that survived the attack. He had a mild concussion and had been bruised, cut, and scratched. He had also been stabbed in his chest which led to a collapsed left lung. However, Jeffery was still alive and had called the military police around 3:42 am. He was taken to Womack Army Medical Center for treatment. The Army then launched an investigation into the incident.

When speaking to the Criminal Investigation Division (CID), Jeffery recalled that Kristen had wet his side of the bed that night. He took his child to her own room and slept outside on the couch so as to not wake his wife up while changing the sheets. However, he heard screams, which is when the surgeon woke up only to find four hippies present in his residence.

There were 3 men (2 white and 1 black) and 1 woman present, according to Jeffery. The father claimed that he had been attacked by the men. Furthermore, he described the female as white with blond hair. She was wearing a floppy hat that partially covered her face and heeled boots. Apparently, she was also saying “Kill the pigs. Acid’s groovy” while holding a candle. She was later identified as Helena Stoeckley, and an MP even saw a similar person half a mile from the MacDonald residence that night around 4 am.

Jeffery passed out from the assault and when he woke up, the group had left. The first thing the husband did after regaining consciousness was checking on Colette. However, he was greeted by a vicious sight. He tried to give her mouth to mouth, but it was too late. He went to check on his children, but they, too, had died. Then, he covered Colette’s chest with his pajama top and passed out again.

The investigators felt that Jeffery’s story did not add up to the evidence they had found. Firstly, there was little proof of a struggle in the living room aside from a flipped table and a knocked over flower pot. Next up was the fact that the fibers from his pajama top were found in the bedrooms of the deceased, but not in the living room, where Jeffery claimed it had been torn. 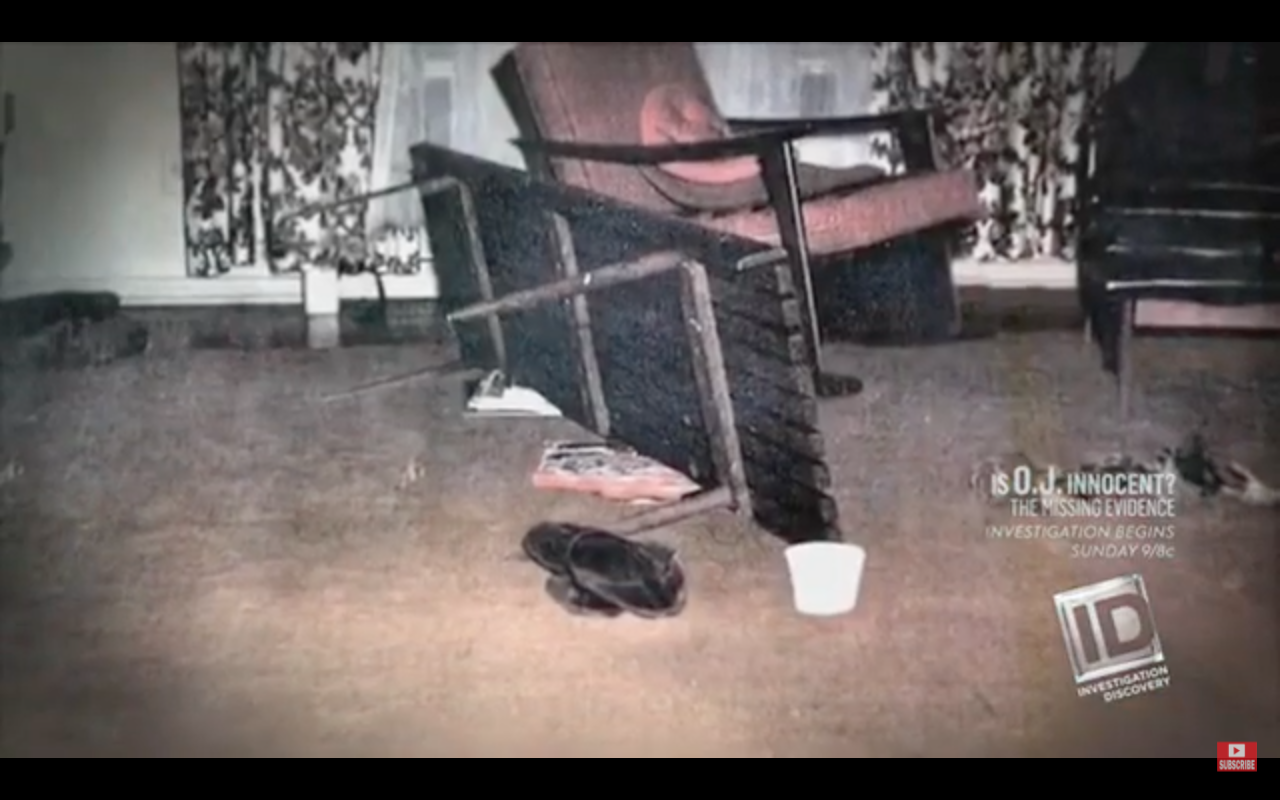 Apart from this, the injuries that the surgeon sustained were not as severe as the ones inflicted on his family. Therefore, authorities felt that he had first killed them, and then afflicted himself to make it look like a home invasion. This notion was only strengthened due to Jeffery’s medical prowess. In May 1970, he was found guilty of murdering his wife and children by the Army.

Many sources have stated that the crime scene had been heavily contaminated. In fact, The Fayetteville Observer also reported that critical mistakes were made while retrieving and testing the samples. For example, fingerprints had not been collected from the children’s bodies. Furthermore, some bloody handprints and footprints were also destroyed. People were allowed to enter the premises even before the evidence had been completely dealt with, and in fact, Jeffrey’s wallet had also been stolen. The MacDonald case, now, is often used as an example of how not to treat a crime scene during training.

An Article 32 hearing in 1970 actually cleared the name of the surgeon in relation to the crimes. He was also honorably discharged. Following this, he felt the need to start afresh. So he moved back to New York City, and then in 1971, he went to Long Beach, California. He worked as a physician in the emergency room of St. Mary Medical Center. Jeffery even went on ‘The Dick Cavett Show,’ where he mostly spoke about the military’s focus on him and did not talk much about his family. Many found his behavior during the segment odd. 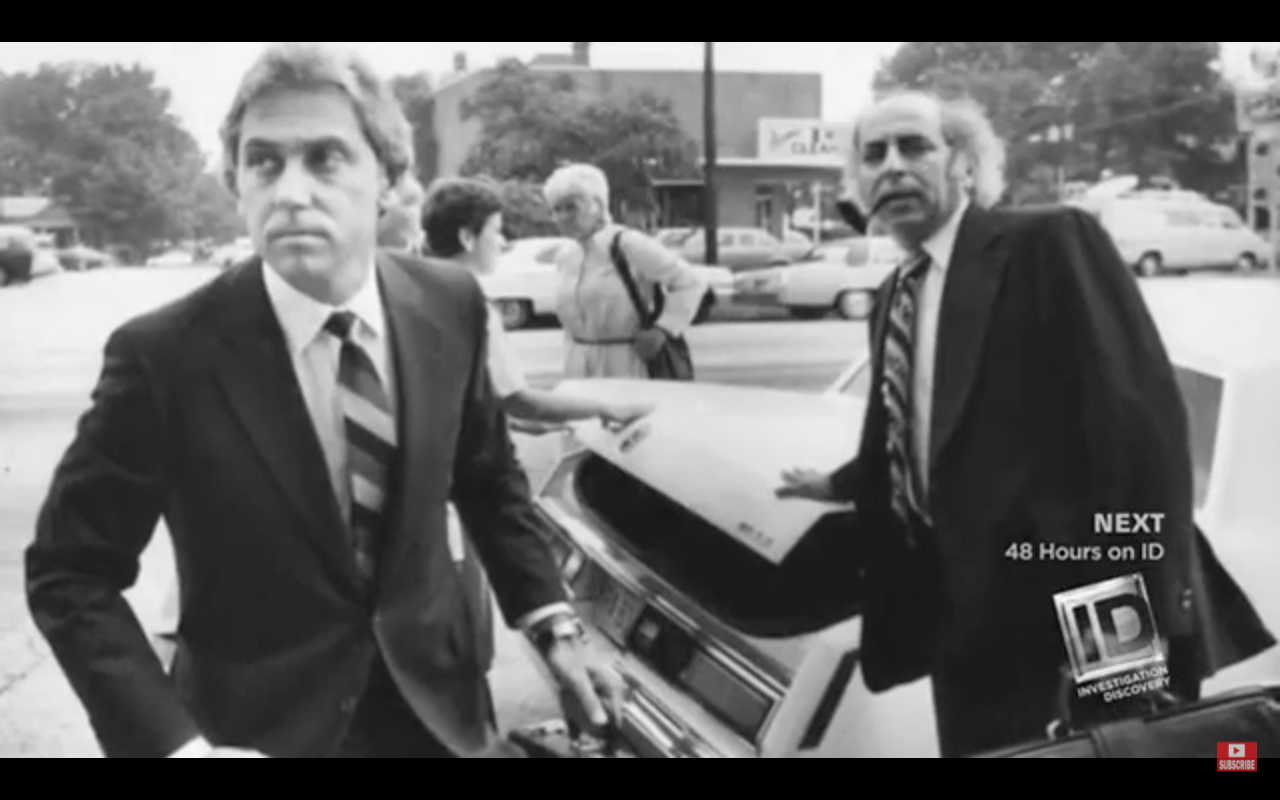 It was also around this time that Jeffery’s biggest supporter, his father-in-law, Freddy Kassab, turned against him. Freddy said, “It wasn’t any one thing. The little doubt about Jeff’s story just kept multiplying.” He also went over the court documents from Jeffery’s trial, and soon, Freddy was convinced that the events could not have happened the way the doctor had alleged. So, Colette’s stepfather filed a citizen’s complaint against MacDonald.

In 1975, Jeffery was indicted, and by 1979, he was convicted on one count of first-degree murder for Kristen’s death, and two counts of second-degree murder for Colette’s and Kimberly’s killing. He was awarded a life sentence for each count which had to be served consecutively. But Jeffery has always proclaimed his innocence. Over time, numerous appeals have been declined by various courts, including the US Supreme Court. He also applied for parole in 2005, which was denied.

Although Jeffery’s legal team was confident about winning the case, especially after the Army had exonerated him, things changed over the course of the trial. Judge Dupree did not allow the defense to submit psychiatric evaluations of the accused (that had stated that Jeffery was incapable of committing the crime) since there an insanity plea had not been entered. 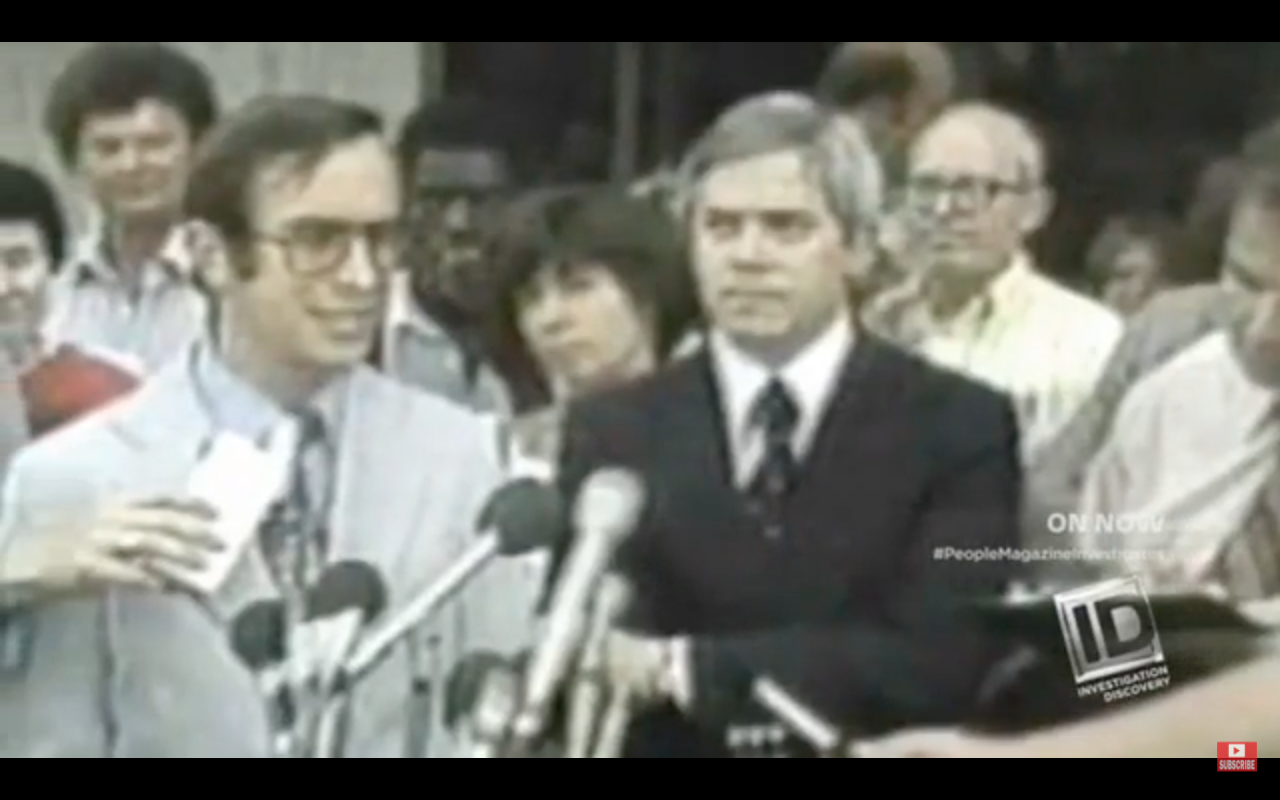 It must also be noted that Helena had reportedly told many people that she was at the house on the night of the crime. ABC News wrote that she had confessed to her mother that Jeffery was innocent. The Atlantic also reported that she had later done an interview with ’60 Minutes’ where she reiterated her presence. (This, however, was never aired). Greg Mitchell, her boyfriend (also a drug user), told people that he was involved with the crime.

But during the trial, when Helena was called to testify, she simply stated that she was too high to recall what had occurred that night. There was no evidence tying her to the crime scene, and hence, she was not seen as a credible witness, especially due to her long-term drug usage. Other witnesses to whom Helena had confessed were not allowed to testify following her statement.

The prosecution alleged that Jeffery MacDonald went into a homicidal rage when he saw that Kristen had wet his bed. Interestingly, all members of the family had different blood types. This statistical anomaly helped retrace Jeffery’s path that night. Also, the pajama top was a key piece of evidence. Prosecutors tried to show that the holes in Jeffery’s top aligned with the wounds on Colette’s body. The jury deliberated on all available evidence for 6 hours before they found the surgeon guilty.

Where is Jeffery MacDonald Today?

Presently, Jeffery (who is 76) is serving his sentence at the Federal Correctional Institution at Cumberland, Maryland. He also got remarried to a woman he met years ago in Baltimore. Her name is Kathryn Kurichh, and she used to own a children’s drama school. The pair tied the knot back in 2002, while he was still in prison. Although Jeffery was eligible for parole again in May 2020, there are no credible sources that can confirm if he applied for it or not. 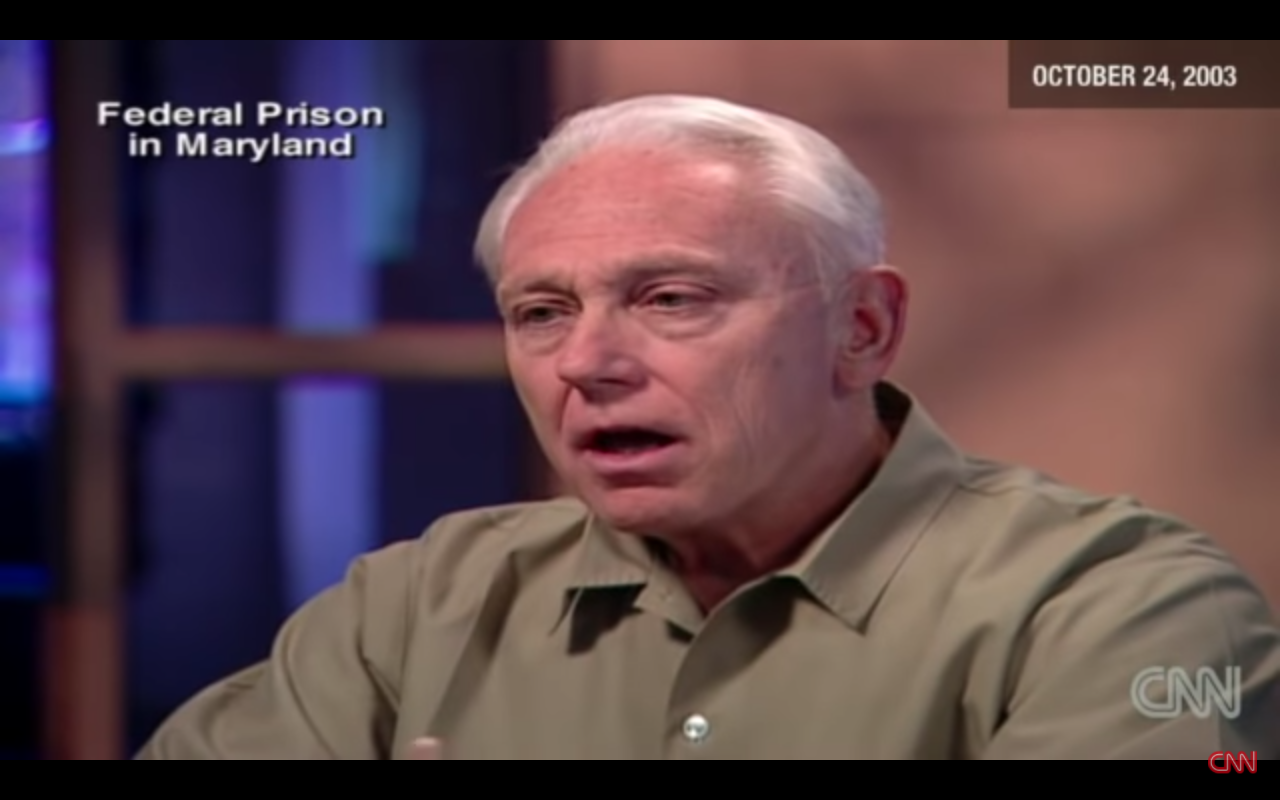 Now addressed as Kathryn MacDonald, the wife naturally believes that her husband is not guilty. She stated that she had met Helena’s mother in 2006, and Mrs. Stoeckley had only reaffirmed Jeffery’s innocence. It was well known that the surgeon was vehemently against drugs, and Kathryn recounted what the mother had told her— “Helena Stoeckley stated she and her friends thought Jeff was too hard on drug users, and they wanted to teach him a lesson, but not to kill anybody. He was trying to help soldiers returning from Vietnam break their drug habits.”

Marc Smerling, the director of ‘A Wilderness of Error,’ also tried to contact Jeffery MacDonald. However, Marc said, “I went via his wife, Kathryn and we got as far as making a time. I was going to drive down to the federal prison in Cumberland, Maryland, and a few days before, they canceled. he only thing I could say is that Jeffrey, from his perspective, has not been treated well by storytellers in the past, so I think maybe they got cold feet.”