Where is Jessica Mulroney Today? 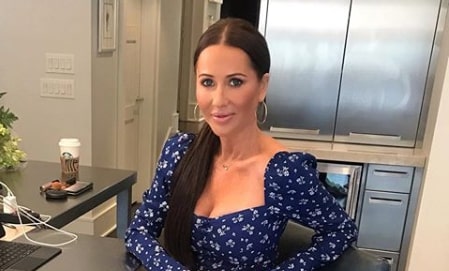 Jessica and Ben Mulroney are an extremely well-connected family in Canada. Ben’s the son of the former Prime Minister and Jessica has been in the news for her friendship with Meghan Markle and her work with fashion designers. On the surface, Jessica and Ben have a picture-perfect domestic life as you can see here. However, Jessica has recently been at the center of a controversy, as she’s been accused of racism. So what happened and where is she now?

Jessica recently locked horns with Sasha Exeter, a black Canadian athlete, and influencer. She urged people to use their numbers on the platform to address issues like racism, as the Black Lives Matter movement picks up pace. However, Jessica was offended and followed this up with some very problematic behavior including sending Sasha a threat on June 3, 2020. You can check out Exeter refusing to remain silent on the matter.

I’ve been silent. Not anymore!⁣ ⁣ I’m used to being so transparent on this platform. I think it’s the main reason why most of you follow me. Today, I’m opening up about something that has been haunting me for the last week. I have felt like a complete fraud fighting for racial equality and using my voice openly here, while letting a white woman silence mine behind closed doors. In sharing this very personal story, I know that I am risking a lot. Opening myself up to criticism, bullying and potential ramifications with my job in this space. However, I must speak my truth. Enough is enough. Hopefully my voice will be heard by many and help change things for the next generation and for my daughter Maxwell… because I will be dammed if my child ever has to deal with this level of ignorance.

Although Sasha did not directly accuse Jessica of being racist, she noted that Mulroney displayed textbook white privilege.

Where is Jessica Mulroney Now?

Ever since the controversy, Jessica has been laying low. CTV canceled her show and has set up a task force to look into her axed show ‘I Do, Redo.’ Undoubtedly, they will interview the staffers and see if she’s displayed problematic behavior in the past. The Bay also announced they are dropping Mulroney from being the face of Kleinfeld Canada. You can check out their post here.

A message from Hudson's Bay. pic.twitter.com/4sHeBTOFni

Jessica also lost thousands of followers over the ordeal and posted an apology. However, she followed it up with a threat to Sasha, which read “Liable (sic) suit.” For the woman who had it all, Jessica really seems to have lost it. Meghan Markle has distanced herself from her longtime friend and a source told ET that “She’s distanced herself from Jessica because the comments were unacceptable and offensive. [Meghan’s friends have been] concerned for some time that Jessica has been profiting from her relationship with Meghan and using it to further her brand. That’s something [Prince] William and Harry have never accepted with any of their friends.”

Mulroney had helped to form a charity called The Shoebox Project with her sisters in law Katy, Vanessa, and Caroline. They basically give shoeboxes filled with essentials to vulnerable women. Following the controversy, the family charity also announced her resignation, as you can see below.

A message from The Shoebox Project

The controversy has cost her heavily and she’s decided to weather the storm silently rather than make matters worse. However, Jessica posted a strong stance on racism and social media activism on June 1, 2020, in a lengthy Instagram post. Check it out here.

I’ve always stood up to racism and injustice on this platform but someone dear to me let me know being silent these days is not enough. People sometimes use Instagram to be “activists”. But it must go beyond a picture, video or quote you share. It’s about educating your children and what you do to spread equality in real moments. Don’t just post a quote and move on. Create real change within your community. I’ve had many lengthy conversations with my children hoping the rest of the world is doing the same.

Most recently, she has posted a contrite apology for her behavior towards Sasha. Jessica has released a heartfelt statement, which she believes to be an olive branch that will help her rehabilitate her public image. However, she will need to walk the talk if she wishes to emerge from the murky situation and continue to be a socialite.

Please read my statement. It is from my heart.