Where Is Jessie Buttafuoco Now? 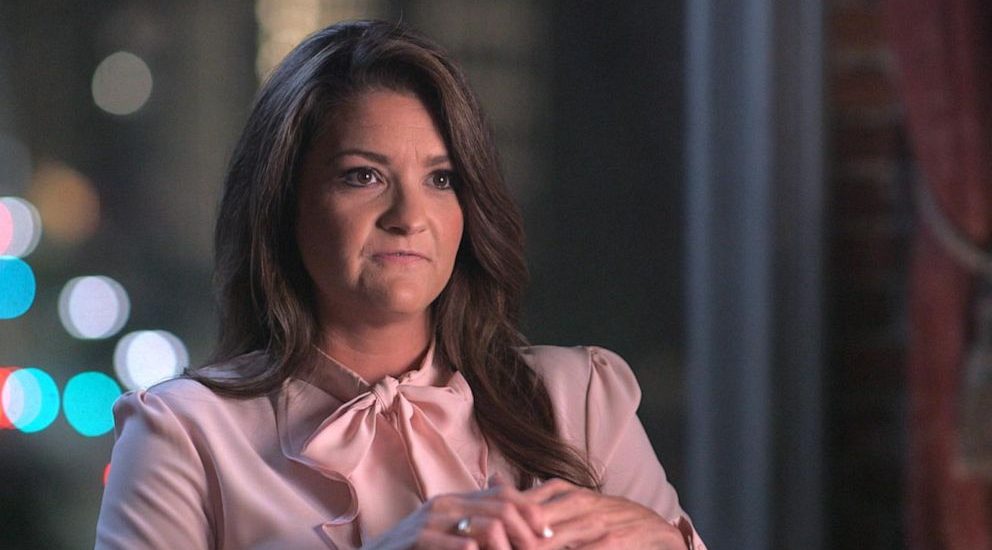 On May 19, 1992, Mary Jo Buttafuoco was shot in the head on the porch of her home in the suburbs of Long Island, New York, by a teenage girl who was having an affair with her husband, Joey. Within a short while, the police charged and arrested 17-year-old Amy Fisher with first-degree attempted murder. While, at first, Joey tried to deny having sex with Amy when she was 16, he was convicted of statutory rape and now deems their past relationship inappropriate. Joey and Mary Jo’s daughter, Jessica Buttafuoco, describes the family’s journey after that fateful day to ABC News in ’20/20,’ for their episode ‘Growing Up Buttafuoco.’

Who Is Jessica Buttafuoco?

Born on March 29, 1983, Jessica Buttafuoco, who prefers to go by Jessie, was just 9-years-old at the time of her mother’s shooting. She admitted to ABC that she has struggled with her family’s infamy her entire life, but also revealed that she is finally ready to let go of the past and reclaim her own identity, along with the dignity of her family’s name. Jessie shared that because she grew up in the spotlight with no normalcy whatsoever, the performing arts became her solace. “When I was on stage, I was a character. I wasn’t Jessie Buttafuoco, and it was so nice to get out of that reality,” she said. “My friends call me ‘Showtime’ because I can be on. I can make you laugh, and I can make you happy and smile. But, the real me inside is hurting, is in pain, and is trying to figure out life.”

Here’s a glimpse into my childhood: on the set of 1 out of 3 @lifetimemovies made about my family about 6 months after my mom was shot. My hero at the time – Sam from Who’s the Boss – @milano_alyssa played my absolute enemy Amy fisher. What a mind fuck. #growingupbuttafuoco #infamyschild #myblazerispoppin #timestampinthecornerisnotafilter – tune into @abc2020 this Friday night 11/8

Talking about what she wants to do to heal from the damage that has been caused to her psyche by the trauma, she added, “I’m really trying to get deep and figure out why I operate the way I operate, and how I can change and be a better person and help other people along the way. What makes me the most sad, to be honest, is my complete inability to be able to love somebody because of all this. Since I was 9 years old, all I’ve known is that sex and love and intimacy leads to bad things. It’s extremely hard for me to even think that love exists. It’s really hard to change because I’ve missed out on that.” Further on in the show, Jessie also revealed how, because of all this, her relationship with her father turned sour.

While Jessie was in college, she got deep into drinking, drugs (cocaine), and eating disorders, and then, she found out that her father was meeting up with Amy Fisher to appear on TV shows and reunion specials. This, of course, rubbed her the wrong way, and she got so mad that she refused to speak with him for a while. In the episode, Jessie did say that she now has a good relationship with him, especially because he has grown up. But, her father’s day post this year, which we have inserted below, shows otherwise. It a clip of Madonna ripping up Joey Buttafuoco’s picture on ‘Saturday Night Live.’

Where Is Jessica Buttafuoco Today?

Jessie Buttafuoco is still immersed in the performing arts. Because she found peace and solace in it growing up, she now hopes to provide it for others by producing children’s theater and running after-school theater programs for them. In 2018, she created a Kickstarter campaign to fund a documentary about her life titled ‘Infamy’s Infant.’ However, because she was unable to accumulate the amount needed, the documentary was canceled. In saying that, though, some reports do suggest that she is still actively trying to make this project come to life. You might even recognize Jessie from her own work in the 2006 Comic Relief Campaign or 2017’s ‘Medias Res.’

First time wearing make up and /or doing my hair in MONTHS. Honestly, didn’t miss it 🤣 #backtosweats #retirethebeautyblender #scrunchietime

Today, Jessie Buttafuoco is the host of two podcasts: “Live Your Life Kween Podcast” and “This is Murder Podcast.” From 2014 to 2017, she was also the co-host in the audio-visual podcast “Shane and Friends,” which was created by YouTuber, Shane Dawson. Jessie has a YouTube channel herself, where she sporadically uploads videos that are either parody in nature or helpful. It is mostly filled with the latter, having a series of advice videos in which her subscribers have written in questions that they need answered. Jessie Buttafuoco, unlike her brother, has kept her last name and has even credited that, along with her tumultuous childhood for her raw and honest humor. (Featured Image Credit: ABC News / 20/20)