Where Is John Zarrella Now? 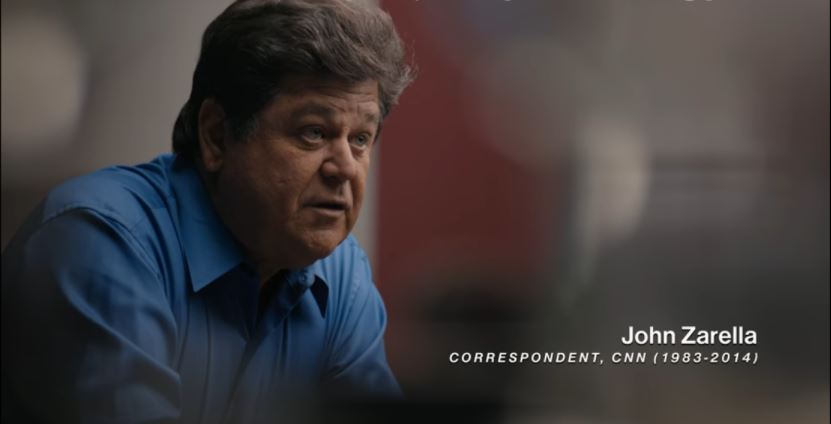 In Netflix’s ‘Challenger: The Final Flight’ Directors Steven Leckart and Daniel Junge, with the help of J.J. Abrams as the producer, delve into the fatally flawed decision-making process that led to the Challenger Space Shuttle exploding after just 73 seconds into its flight on January 28, 1986. Incorporating archival footage and interviews with former NASA officials, engineers, Challenger crew’s surviving family members, and people who were immersed in this space launch, the four-part documentary series gives us an unfiltered and emotional look at what really happened leading up to that ill-fated day. John Zarrella, a former CNN correspondent, was also among those who recounted their experiences.

Who Is John Zarrella?

After graduating with a Bachelor’s degree in English from St. Thomas University, where he helped establish the college’s journalism program, John Zarrella entered the world of television news as a producer. He served as an executive producer at WJTV-TV in Miami and WBAL-TV in Baltimore, after which he spent four years at WXIA-TV in Atlanta. In the latter, he served in a variety of positions, which all culminated towards him getting appointed as a senior producer for the organization. Before that happened, though, John was a producer for WPEC-TV in West Palm Beach, Florida, and a weekend producer and assignment editor for WPLG-TV in Miami.

John Zarrella joined CNN in November of 1981. Initially, he worked as the executive producer at CNN world’s headquarters in Atlanta, where he was responsible for the overall quality and content of all the newscasts. But then, in 1983, when the Miami Bureau for CNN was established, he became a correspondent for that branch, covering news stories in Florida, Central and South America, and the Caribbean. Soon after he took up this position, he became a household name in America because of his tenacity, enthusiasm, and energy. After all, whether it be bombings, hijackings, or natural disasters, John was always at the front lines to provide us with real news.

Apart from covering stories like these and the eruption of the Montserrat volcano, the Cuban and Haitian refugee crisis, and every major hurricane that hit Florida and the Gulf Coast, John was also the principal correspondent for CNN when it came to covering the United States Space Shuttle Program. He was on site that day when the Challenger disaster occurred and he knew that something terrible had to have happened. We mean, even he didn’t think that the shuttle would launch that day because of the cold weather the night before. John has also covered John Glenn’s 1998 return to space, the Mars Pathfinder mission, and the final flight of the Space Shuttle Program, which transpired in 2011.

Where Is John Zarrella Today?

In January of 2014, after more than 32 years at CNN, John Zarrella left the organization to do his own thing. He is still a journalist and he still believes in covering the news stories that have an impact on the world, especially space launches, but his platform is much different. A month after he left CNN, in February of 2014, John established his own organization by the name of JohnZarrellaMedia or JZMedia. This company is a niche consulting firm that is a one-stop-shop for anything media related. It offers media, voice-over, and full-service video production training, along with providing services and speakers needed for corporate meetings, websites, and presentations.

Currently residing in Merritt Island, Florida, by being a MyRadar correspondent and running his own media company, John Zarrella is still changing the world with his work. To this date, he is determined and honest when it comes to his profession, which can be easily proved by just a look at his Twitter feed or the numerous awards and accolades that he has under his belt.