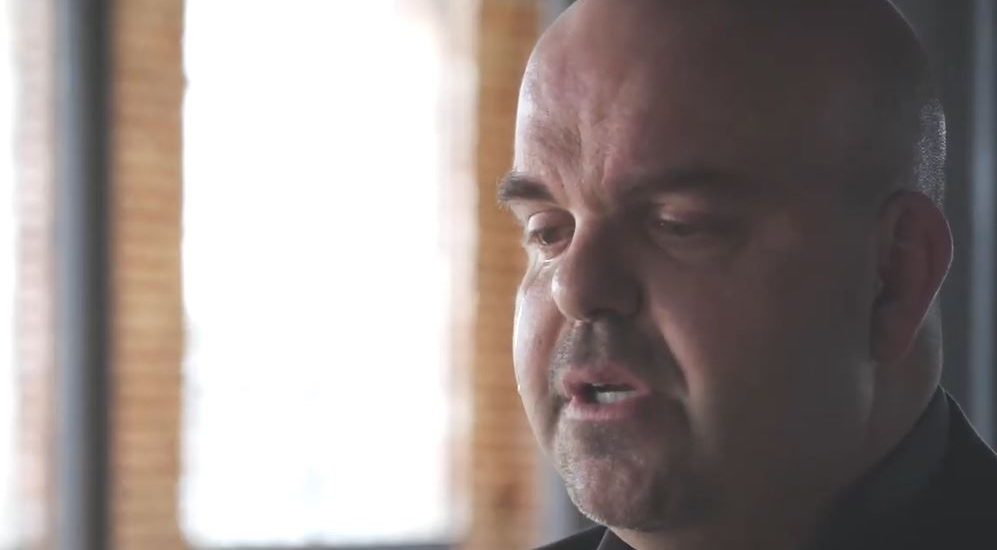 ABC’s ‘The Con: The Heiress Con’ chronicles the story of Marianne Smyth, a professional scam artist, who managed to dupe unsuspecting individuals from California, Michigan, Tennessee, Maine, Florida, New York, and Northern Ireland out of thousands of dollars for her own gain. In this episode, interviews with Johnathan Walton, a TV producer and her ex “best friend,” as well as with Marianne’s former co-workers, friends, and partners, help us understand exactly how she accomplished to do so before Johnathan himself brought her to justice. And now, we bet, that like us, you must be wondering what he is doing, right? So, let’s find out!

Who Is Johnathan Walton?

Back in 2013, when Johnathan Walton, 45, an earnest and animated former reporter for local news stations, lost access to his Bunker Hill apartment complex’s pool in downtown Los Angeles, he had no idea that his world was about to turn upside down. By that point, he was already a renowned producer for television shows, so when he held a meeting about the incident in his living room, about 30 people showed up. And among them was his new neighbor, Mair Smyth.

In her jet black pixie cut hair, she soon took charge of the conversation, saying that she was a luxury travel agent and that her boyfriend was a prominent real estate lawyer, who had sued their apartment complex “a couple of times” and won. And Johnathan, he found himself recommending that they start a tenants’ association together. In the months and years that followed, Johnathan and Mair became quite close, referring to each other as best friends, and she managed to convince him that she was an Irish heiress who stood to inherit millions of euros from her family.

She also mentioned that she was friends with actor Ashley Judd, showed him a closet full of allegedly original designer goods, and shared that she possessed a psychic gift. Therefore, when Mair was arrested for embezzlement, Johnathan believed her claims of being framed and fronted her legal bills and expenses – worth more than $75,000. Soon, though, he found out her real name and realized that all her boasts were just lies created to ensnare him. But Johnathan didn’t let it go. Instead, he filed a police complaint and followed it through until Marianne was convicted of her crimes.

I’m a happily married gay man so she couldn’t use sex to ensnare me. Her techniques were far more cunning. She scammed nearly $100,000 out of me using a series of brilliant confidence tricks. Over four years, I fell HARD for one of the oldest cons in the book: The Inheritance Scam. But this wasn’t some Nigerian Prince soliciting me through email. This was a delightful and lovable woman, who inextricably inserted herself into my life and became my best friend.

Johnathan Walton still resides in Los Angeles, California, as a happily married man with his husband, Pablo Maseda. He still works as a TV producer. Some of the long-lasting shows that he is responsible for financing include NBC’s ‘American Ninja Warrior,’ ABC’s ‘Shark Tank,’ and Discovery Channel’s ‘Savage Builds.’ We should mention that before Johnathan was into unscripted entertainment, he had a 10-year stint as an Emmy Award-winning reporter and producer at news stations like KHOU-TV in Houston, Texas, KABB-TV in San Antonio, Texas, and WSVN-TV in Miami, Florida.

Along with all that, Johnathan Walton now also has ambitious vigilante in his long list of professions. He never wants anyone else to go through the years of tricks, lies, and deceit that he went through, so he’s ready to do everything in his power to hunt down various con artists and bring them, “kicking and screaming, to justice,” just like he did with Marianne. Johnathan tells his story on his LinkedIn profile, website, and Instagram page to raise awareness about such scams and ensure that frauds like the one he faced never get the satisfaction of hiding out and succeeding again.