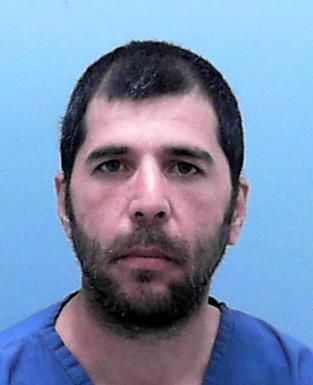 Motives, weapons, and intent. These are some of the most important things that authorities look for while investigating crimes all across America. In fact, the theories that officials then weave using the evidence available make for some rather fascinating true crime productions as well. But what about the people that loved and cared for the victim?

Well, Investigation Discovery’s ‘Living a Nightmare,’ while focusing on the crime, also looks at how investigators have solved cases to provide family members with some closure after experiencing such a traumatic event. In the episode titled ‘The Good Doctor,’ the double murders of Dr. Paul and Gregg Jarrett in their Florida residence is discussed.

Who is Juan Carlos Fernandez?

Juan Carlos Fernandez was born on September 9, 1970, according to Public Police Records. He is also the man who was eventually held culpable for the 2003 murders of an octogenarian psychiatrist, Dr. Paul Jarrett, and his 47-year-old son, Gregg.

Juan was dating Maria Catabay at that time. She worked as the doctor’s office manager. She had actually enlisted her boyfriend’s help to retrieve a letter from the Jarrett residence in which she had confessed to embezzling from her boss. What was supposed to be a break-in turned into a fatal incident when the doctor and his son were shot in their home in Coral Gables, Florida.

Jose Barco was Juan’s accomplice that night. Both have alleged that the other person was the one who actually shot the victims. Jose was incriminated for his involvement in the crime and is currently serving a life sentence at Okaloosa Correctional Institution if reports are to be believed. But it took 12 years to convict Juan for the murders. At his trial in 2016, Dr. Jarrett’s daughter, Aleta Jarrett-Cortiñas, said, “Juan Carlos Fernandez slammed shut all the pages in the life of Paul and Gregg. But I try to drown all of this out. I’m the luckiest person in the world. I have boatloads of wonderful memories.”

During Juan’s trial, a point of contention was his mental health problems. Even his mental competence was an issue for the judges. Furthermore, he had spent a good chunk of a decade in a psychiatric facility before the crime occurred. His lawyer, Bruce Fleisher, argued that Juan’s history of mental illnesses, combined with a brain injury he sustained after a fall, is what made his client vulnerable in the first place. Bruce continued, “He was coerced into doing this. We felt he would have been acquitted of the murder.”

Where is Juan Carlos Fernandez Today?

Juan said (in Spanish) at his trial— “I can’t bring them back but I apologize. I beg for forgiveness. I ask the family to pray for me, in the name of Christ.” Currently, he is serving a 30-year sentence, reportedly, at Santa Rosa Correctional Institution Annex.

Aleta, at the trial, told the judge, “Our family will never see, hear or touch Paul and Gregg again. These proceedings today only close one page, or a chapter, in this story.” Once the sentence was given out, she said to the convict, “I will continue to pray for you. It shouldn’t take 12 years to get to this. I’m so happy that you plead. This has got to end …I have no anger and animosity anymore. I just want peace.”