Where Is June Scobee Rodgers Now? 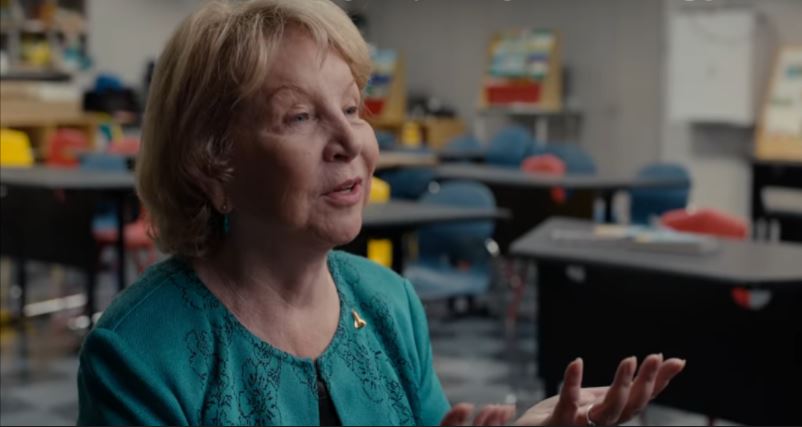 Helmed by Steve Leckart and Daniel Junge, with J.J. Abrams as the executive producer, ‘Challenger: The Final Flight’ is a Netflix original four-part documentary series that unravels the real story behind what caused the ill-fated 1986 Challenger space shuttle explosion. With experts, officials, and family members giving their perspective on the disaster and its aftermath, this series is as gripping as it is heartbreaking. One featured individual in it, June Scobee Rodgers, the widow of Challenger Space Shuttle Commander Francis Richard “Dick” Scobee, painted the picture of the extent of the collateral damage that happened with this tragedy. Wondering more about her? Here’s all that we know.

Who Is June Scobee Rodgers?

#TBT June & Dick Scobee on their wedding day. This photo along with many other beautiful memories can be found in June's book, Silver Linings.

June Scobee Rodgers, originally from Alabama, is a well-educated and extremely inspiring woman. She holds a Bachelor’s degree in Science from Charleston Southern University, South Carolina, a Master’s degree from Chapman College, California, and a Ph.D. from Texas A&M University. Along with all this, June has also received an Honorary Associate’s Degree from the San Antonio Community College, Texas, which she briefly attended. With her studies, even her personal life was flourishing. On January 28, 1986, when the Challenger Space Shuttle exploded and she lost her husband, Dick Scobee, they had been married for about 26 years and were the proud parents of two adult children.

Although both June and Dick knew the risks of space travel, neither of them expected or had even anticipated the disaster that took place that day. In fact, Dick was so confident that he and his entire crew would be able to safely return to Earth that he had already been prepared for the upcoming Valentine’s day. Who knew that he would never even make it up to space. In the series, June elaborated on the last couple of days that the crew and their families spent together in Florida, and she even gave us a glimpse of how she and Dick said their goodbyes. The long walk on the beach, the song he sang to her, and the barbecue, she told us about it all.

Where Is June Scobee Rodgers Today?

This year, June is asking her followers to join her to help celebrate her birthday by supporting Challenger Center! With…

Today June Scobee Rodgers is working to keep her late husband’s legacy alive. As the Founding Chairman of the Challenger Center for Space Science Education, she dedicates almost all of her time to ensuring that the young generation is well-informed about space and how they, too, can reach for the stars. In short, she is continuing the Challenger crew’s educational mission in her own way. June got the idea for this right after the tragedy because she wanted a way to channel her grief into something productive and positive. Along with this, June is also an author. She has penned down the story of the explosion in a book entitled “Silver Linings: My Life Before and After Challenger 7,” and has also created the Star Challenger science adventure books to get young readers interested in the fields of math and science.

As an educator, June has been a classroom teacher and a university professor, which has, slowly yet surely, led her to make an appearance on numerous national television programs to promote the center and the innovative educational partnerships that it partakes in. Not only that, but she has also served on the President’s National Advisory Council on Education. In 2015, because of all her hard work in this field, June received the distinguished Alan Shepard Technology in Education Award. And, as if all this isn’t enough, June Scobee Rodgers also works as a motivational speaker to raise awareness between the correlation between space and education. She has given keynote speeches at the National Prayer Breakfast Dinner and the President’s Commission to Moon, Mars, and Beyond, and is now looking forward to giving many more.

June remarried and is currently living in Chattanooga, Tennessee, with her husband, retired Army Lieutenant General Don Rodgers, with whom she has three adult children.