Where Is Kevin Davis Now? 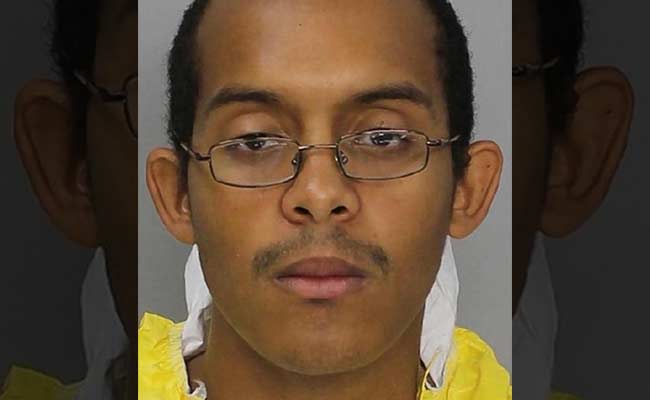 ‘ID’s Signs of a Psychopath’ chronicles the unspeakable murder of the 50-year-old Kimberly Hill in her apartment on March 27, 2010. Following an argument that led to a crime that goes way beyond murder, this portrays how the events of that day led to a chilling and unbelievable confession from her own son, the then 18-year-old, Kevin Jazarael Davis.

Who Is Kevin Davis?

Kevin Davis, born December 27, 1995, was bored with his life and didn’t like other people. Therefore, that morning, he asked his mother, Kimberly, for permission to kill himself. She, of course, was caught off-guard by such a question and allegedly told her son that she could not control any of his actions. When Kevin heard this, he decided to take her life instead. So, as she was sitting on the couch and watching TV, he used a cord of his video game to strangle her. Then, as she began kicking and screaming, he retrieved a hammer and began hitting her on the back of her head. He did this about 20 times, until her skull cracked open.

Following this, Kevin dragged her to her bedroom and stabbed her bleeding head with a knife. Then, he stuck his fingers inside the wound to move her brain around to ensure that she was dead. And, as if that wasn’t enough, he then raped his mother’s dead body. When he was done, he turned himself in and confessed to all of his doings. When the police officers were interrogating him, they asked what Kimberly did to deserve all this, and all Kevin replied was, “Absolutely nothing. I’m just a terrible, disgusting person.” He also added that she was “the best mother” who didn’t deserve to die and that he lost his virginity to her corpse.

During his interrogation, Kevin also admitted to other things. He said that he didn’t regret killing Kimberly and that after he was done, he waited for his sister to come back home so that he could do the same to her. “I decided against it because…well…I had my fill of killing. I didn’t…seemed a bit much.” He also confessed to then fleeing the crime scene on his bicycle. Before he did that, though, he left several handwritten notes for the police, one of which read: “Chase me. Sorry for the mess. KD.” But, after a while, he decided against leaving town and called 911 to report his mother’s killing and his crimes.

Where Is Kevin Davis Today?

Kevin Davis has been behind bars since the day of Kimberly’s death. After he confessed to everything, he was charged with first-degree murder. But even then, in June of that same year, he pleaded not guilty when the time came for him to go to court. He later changed his plea, but the fact always remained that his entire confession was on tape and that he had admitted to the police that, if given the chance, he would kill and abuse again. In the tape, at one point, he could even be heard saying, “I don’t have standards. I don’t have morals. A body is a body – a piece of meat.”

During his trial, a doctor’s testimony revealed that Kevin does, in fact, have a personality disorder. But, in saying that, the doctor also added that Kevin knew full well the difference between right and wrong when he killed his mother, and so, there was no medical reasoning or explanation behind his actions. This was only reiterated by Kevin’s own words in the confession tape, where he had said that he should get 100 years because “I’m not mentally disturbed, I’m sane. I know what I did.” Therefore, in October of 2014, when he pleaded guilty and his trial came to an end, he was found guilty of his charge.

As for his sentencing, Kevin Davis was given life in prison. The death penalty was not an option for him in this case because it involved a murder charge, not capital murder. And so, today, Kevin is behind bars, at the Jester IV facility in Richmond Texas. According to his prison records, he would be eligible for parole in March of 2044.