Where Is Kevin Richardson Now? 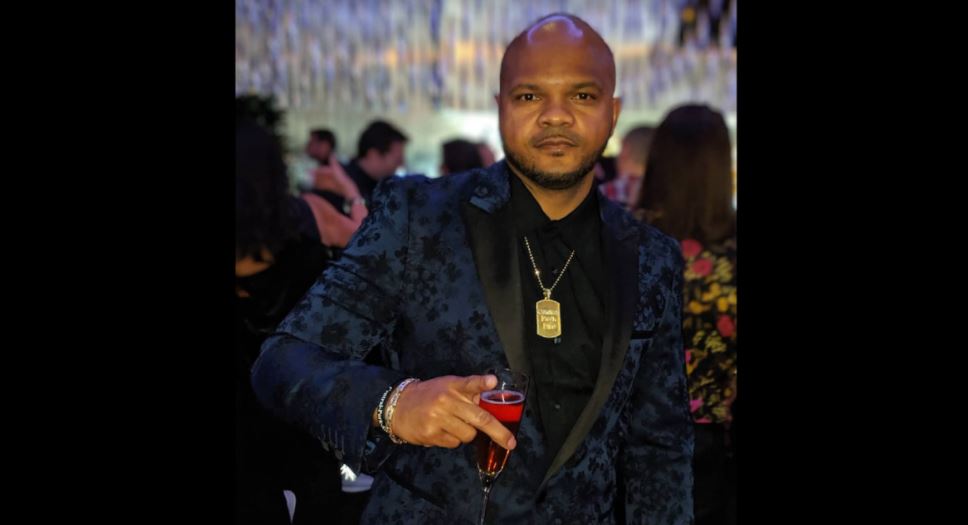 Not be be confused with the South African YouTuber and Zookeeper of the same name, Kevin Richardson is a part of the Central Park Five. In ABC’s ’20/20: One Night in Central Park,’ the story of the crime that they were wrongfully convicted of is told. But, it was last year, when the Netflix miniseries ‘When They See Us‘ was released that the five exonerated individuals were propelled back into the spotlight in a massive way.

Antron McCray, Kevin Richardson, Yusef Salaam, Raymond Santana, and Korey Wise comprise the Central Park Five. Their heartbreaking journey to get the justice they deserved was long, but it did happen. And now, all of them have moved on to achieve great things. So, let’s find out more about Kevin and what he is up to now, shall we?

Who Is Kevin Richardson?

Kevin Richardson, born and brought up in Harlem, New York, was amongst the first teenagers who was taken into custody on April 19, 1989. He, along with Raymond Santana, and 20 other teenagers, was held for questioning about the robberies, assaults, and attacks that took place in Central Park that night. But, when Trisha was found in the northern part of it, naked, tied-up, and bloodied, the police ramped up their questioning. After all, it was brutal, and they needed to find the culprits as soon as possible.

But, the methods that they used to achieve this were questionable at best. Kevin was just 14, so legally he wasn’t allowed to be interrogated without an adult, a guardian, or an attorney around, but he was. For hours, he was questioned in a room alone, scared and nervous about what was going to happen next. And, when he couldn’t take it anymore, he told the officers what they wanted to hear. He confessed to beating and raping Trisha in the park, and let them record it on tape. He even signed his written confession.

Despite there being no physical evidence tying him to the crime, and the admittance of his confession being coerced, when his case went to trial, he was found guilty of the charges against him: attempted murder, rape, sodomy, and robbery. But, because he was only a juvenile, he was sentenced to serve 5-10 years behind bars, in a correctional facility. He served his sentence in full in 5.5 years and walked out determined to make a name for himself as a good man in the society. And, when he was exonerated in 2002, thanks to Matias Reyes’ confession, he couldn’t be happier.

#fbfriday … 2019 was a Magical year to say the least… My brothers and I in LA at @ava party honoring us… The good brother @kaepernick7 the respect & Love is reciprocal ✊🏿… A whole slew of impactful and influential people acknowledging the Exnorated Five… So much wisdom filled the place. Priceless memories 🙌🏽. #Godsplan #blackexcellence #eachoneteachone #Exonerated5

Where Is Kevin Richardson Today?

Kevin Richardson is doing very well for himself. After the Central Park Five – now Exonerated Five – were acquitted, they sued the City of New York for their wrongful convictions and the malicious practices that were used against them. Since all five of them were either Black or Latino, they even added racial profiling in the lawsuit. They fought the case for more than a decade, and in 2014, won a settlement worth $41 million – $1 million for each year that the individuals spent in prison. Kevin now walks free, without a record, with his head held high.

His dream once was to enroll at Syracuse University and play basketball for them, and even though that couldn’t happen because of his incarceration, he will now always be a part of the University. Last year, he was invited to the campus as a visitor for a couple of days and was then honored at a reception for the Our Time Has Come Scholarship, one that is in his name to help Black and Latino students with their unmet financial needs. Apart from that, as a public speaker, Kevin has also given a lot of talks to various groups about his journey and how an individual can get on the right track.

There are plenty of Great Black Fathers that exist and fit all the descriptions on my shirt ✊🏾. Shout out to all of you 💪🏾… Thank you to my Niece @niqniq15 for the gift. #iamablackfather #blackandproud365

At the age of 46, Kevin Richardson resides in New Jersey with his wife and two daughters, and works as an advocate for criminal justice reform. The Innocence Project credits him for pushing the justice system in New York City in the right direction, which includes a mandate that states that law enforcement interrogations must be recorded at all times. Kevin continues to speak about his experiences at various events in the hopes of raising awareness about policies and options, and to inspire others. He also plans on establishing the “Exonerated Five Foundation” to help people who are re-entering society from prison.

Reflecting on this Beautiful day that transpired four years ago today 6/10/2016… It was a blessing indeed. My wife and I @johansyrichardson are extremely humbled and Thankful that we have each other as well as our families. Great memories last a lifetime. HAPPY ANNIVERSARY, Tu quiero mucho. FYI I had to send this post before it hit the 11th ya dig.

“People often ask me am I bitter,” he said at an event earlier this year. “I have the right to be. But I’m not. Because I think bitterness will take you to the grave even faster. I don’t want to be mad at the world. I will channel that aggression I have and turn it into something positive.” (Featured Image Credit: Kevin Richardson / Instagram)