Where is Kiaya Elliott From Teen Mom Now?

Kiaya Elliott was barely 18 years old when she was cast on “Teen Mom: Young and Pregnant”. Its second season premiered on October 22, 2019, in which she starred along with Rachel Beaver replacing teen moms Cline and Tatman from its first part. The show documented her story of strength while she was four months pregnant with her now son, Amour Armani-Nathaniel Elliott. Her struggles comprised of teenage motherhood and being open about her sexuality on a national TV reality show. But this was not the whole truth of the situation Kiaya had landed in; the difficulty of her choices only just began from here!

Living in Norfolk, Virginia, Kiaya has been dating a girl, Teazha, from her high school for two years. She suffers from heartbreak when Teazha cheats on her. They call a time-out as she has a hard time coping with the trust issues. While on a break, Kiaya meets X’Zayveon Gambrell, through a mutual friend and the two have sexual intercourse. Though never romantically involved, he is the first-ever guy she got involved with. After a month and a half, she gets pregnant with his child. 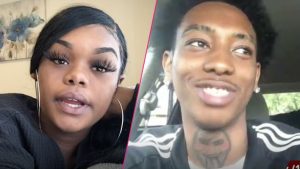 Her baby daddy is not only much younger to her but has also been incarcerated since she first met him. Kiaya is well aware of the six different charges have been pressed on him and that he is not going to be released from prison anytime soon. This is one of the reasons why she never took him seriously. Her ex-girlfriend proves to be a blessing in disguise through her tough time. Despite their differences, she comes back around, apologetic for her actions, and ready to make amends. Teazha stands solid as a rock with her significant other through her child-bearing period. She is the one to hold her hand and even shed happy tears while Kiaya delivered her son, Amour, on December 7, 2018. 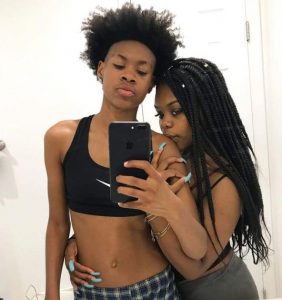 Where is Kiaya Elliott Now? Is She Married?

The season ends with Teazha promising Kiaya that she wants to raise Amour as her own. While the new mother loves her but is skeptical about letting her into her son’s life. She does not want her partner to walk in and out of her life capriciously and only expects her to “stay”. Kiaya’s mom has the same fear as she thinks that having a biological father who is behind the bars and also a girlfriend might get too “confusing” for the infant. Otherwise, she has been extremely supportive of Kiaya’s bold decisions and has no problem whatsoever with her sexual orientation.

Her relationship status cannot be confirmed as she has not posted any pictures with Teazha recently and has even wiped off the previous ones. But she is not married and is entirely focusing on building a career for herself as a wig maker and a nail technician. With no sign of another season on “Teen Mom” being filmed anytime soon, she has been working on multiple jobs. She adores her son and wants to “make it big” for his sake.