Where is Kim Wedel Today? 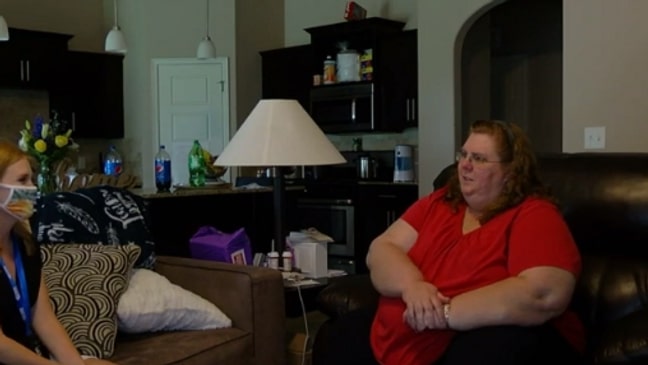 ABC’s ’20/20′ explores the mysterious disappearance and death of a soldier at a Texas army base. When Gregory Morales went missing in August 2019, the military was quick to classify him as a deserter who went AWOL. Kim Wedel, Gregory’s mother, was the only person who fought for him from the first day. She brought it to the army’s notice that he didn’t have any money and wasn’t answering his calls – all of which were cause for concern. Wedel also spoke to Morales on the day he disappeared and was disturbed by the apparent inaction on the army’s part. Of course, they were taking steps, but confidentiality decreed that the family couldn’t precisely be looped into the progress. Wedel raised some relevant points when she tracked down Gregory’s car had been sold at an auction – only to learn that the army knew about it and hadn’t informed the family. She stated that despite the confidentiality, they could have at least told her they were exploring leads.

Another bump in the process came when Kim had to convince them to offer reward money for information regarding Gregory’s death. After the $25,000 reward was declared, a tip came in, which led them to Morales’ remains as Kim attained a degree of closure. So, where is Kim Wedel now?

Where is Kim Wedel Now?

Kim is currently in Sapulpa, Oklahoma, and is a special education teacher at Sapulpa Public Schools. Her work profile suggests that she’s been employed there since 2015, having served for five years and nine months. Notably, Wedel also received the Bartlett Academy 2019-20 Teacher of the Year award. You can see the tweet here.

By all reports, she continues to remain there and is trying to find justice for Gregory. On the first anniversary of her son’s disappearance, Wedel spoke to a news source, saying that she got up every day and stopped the fight all over again. Clearly, Kim is having a hard time coming to terms with how everybody handled Gregory’s disappearance. She stated, “Frustrated is not even the right word. I don’t know what the word is that.. it’s just.. hurtful. It’s frustrating. It’s aggravating. It’s maddening that nobody cared to look for him except us for the longest time.”

Even a year after Gregory’s disappearance, Kim feels they are nowhere closer to the truth. She’s in contact with Fort Hood and the Killeen Police Department, but they keep telling her that details are limited. Except for where Gregory’s body was found, not much is known at this time. Wedel also spends a lot of her time comforting those who loved Gregory and reach out to her. At the moment, she clings on to the hope that justice will be served. She’s stated, “I have to have some hope that they’re going to find out who did this, eventually. That somebody’s conscious is finally going to catch up with them. I have to have hope, but it’s pretty weak.”

Thus, Wedel is trying to seek answers in Gregory’s death. The discovery of the body did provide some closure from the constant anguish of the search. But now, the mother has to cope with her son’s loss. Answers about the demise will perhaps help her, but for now, Gregory’s death remains an open investigation, and it seems unlikely that the case will be resolved soon.