Where Is Korey Wise Now? 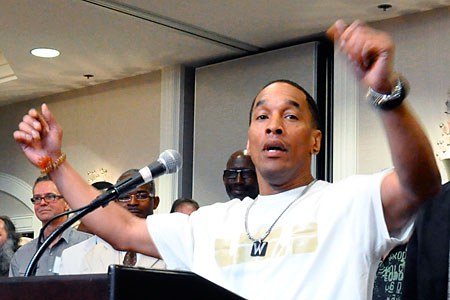 ABC’s ’20/20: One Night in Central Park’ shines the light on the victims of the Central Park Jogger case, also referenced to as the Central Park Five case. This wildly publicized occurrence of the assault and rape of Trisha Meili, which transpired on April 19, 1989, was initially perceived to be the result of the lawlessness behavior of the youths of New York and how they condoned violence towards women.

But, when it turned out that the five convicted defendants – Raymond Santana, Kevin Richardson, Antron McCray, Yusef Salaam, and Korey Wise – were, in fact, not guilty, it became a high-profile example of racial profiling, discrimination, and inequality in the media and legal system. After all, all the “confessions” made by them were coerced. So, let’s look at the one victim, apart from Trisha, who got the worst end of the bargain.

Who Is Korey Wise?

Korey Wise was not even a suspect for the Central Park Jogger case initially. At 16, he was just voluntarily accompanying his friend, Yusef Salaam, to the police station, as the latter was brought in for questioning in search of possible suspects. But, because he was there in support of his childhood friend, he ended up being interrogated too. And, because of his age, he was legally allowed to be questioned without a parent or guardian present.

Sarah Burns wrote in her book “The Central Park Five,” that Korey “had hearing problems from an early age, and a learning disability that limited his achievement in school.” And, as per the New York Times, he was “a gentle, emotionally stunted boy, his problems amplified by his hearing loss,” and his “development was severely delayed and his ability to comprehend his complicated and sometimes dangerous surroundings was woefully inadequate.” Needless to say that none of this was taken into account when the police were heavily questioning and manipulating him.

By the end of his lengthy interrogation, Korey was coerced into giving four different confessions – two written and two videotaped – all of which contradicted each other and were inconsistent with the facts of the crime. For proof, in one recording, he said that the victim was stabbed with a knife, which she was clearly not. Even though his confessions were contradictory and there was no physical evidence tying him to the crime, during his trial, he was found guilty of all charges. Korey was the only one who was tried as an adult, ultimately being convicted of sexual abuse, assault, and riot. He was sent to Rikers Island, where he spent the next 12 years of his life.

Where Is Korey Wise Today?

Although Korey Wise was the one who had the longest sentence out of all the five defendants, his time in prison is what led to his exoneration in the end. While he was at Rikers, he happened to meet Matias Reyes, who was serving a life sentence for multiple rapes and murder. Then, when the two met again in a correctional facility towards the end of 2001, Matias admitted to being the one who was responsible for Trisha Meili’s ordeal. He confessed and the so-called Central Park Five were exonerated when the DNA evidence confirmed his statements.

Korey Wise was released from prison in 2002. Following that, when the group’s charges were removed, they filed a lawsuit against the city of New York for their wrongful conviction. After more than a decade of fighting that case, in 2014, the five men were awarded $41 million – $1 million for each year that they were in prison. Now, at 48, Korey still lives in New York City and works as a criminal justice activist and public speaker. While some reports state that he resides in his old neighborhood, in Harlem, some say that he is living in the Bronx.

In 2015, Korey pledged $190,000 to the University of Colorado’s chapter of the Innocence Project, which subsequently changed its name to the Korey Wise Innocence Project at Colorado Law in his honor. He often speaks on behalf of the project. Now, following his entrepreneurial dreams, he has launched an apparel line by the name of Wise Lion. Despite all that Korey has gone through, he manages to keep a positive attitude, which speaks a lot about his nature and his plans for the future. (Feature Image Credit: Innocence Project)